While speaking at a rally in West Virginia on Tuesday, President Trump claimed the administration will stand up and defend people who say they are censored on social media. 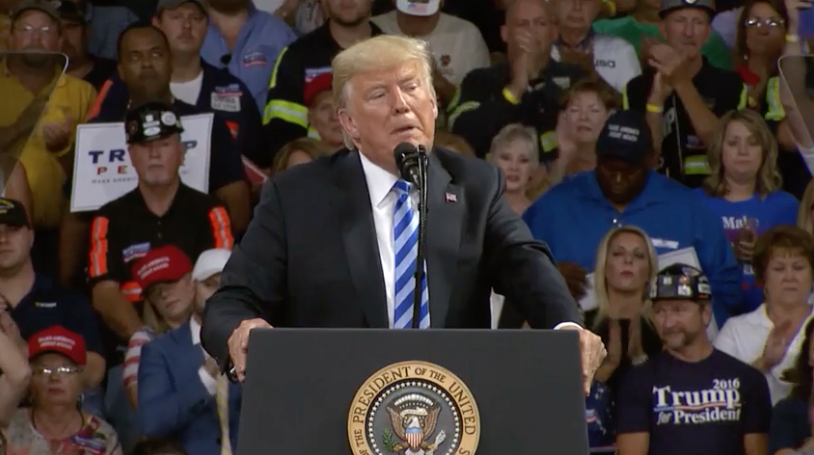 “We gotta live with it. We gotta get used to it. We gotta live with fake news,” Trump continued. “There’s too many sources. Everyone of us is sort of like a newspaper. You have Twitter; you have whatever you have. Facebook. But everyone — you can’t have censorship. You can’t pick one person and say, ‘Well, we don’t like what he’s been saying. He’s out.’ So we’ll live with fake news. I mean, I hate to say it, but we have no choice, because that’s by far the better alternative. Can’t have people saying censorship, because you know what? It can turn around. It can be them next. It can be them next.”

This is not the first time Trump has addressed the concerns about conservatives being censored on social media.

Earlier this month, Trump made a tweet claiming that social media sites are “totally discriminating” against conservatives and Republicans. In the tweet, Trump stated the administration “won’t let that happen.” In July, Trump also said that Twitter has been engaging in shadowbanning of conservatives. Twitter CEO Jack Dorsey has repeatedly denied claims of shadowbanning. Dorsey has also said that political bias is not involved in Twitter’s decision to take action against users.