The actor's rage came from Thomas's dissent in the gay marriage case. Takei saw the conservative justice as arguing that "slaves have dignity." He added, "Doesn't he know that slaves were in chains? That they were whipped on the back."

For context, here is what Thomas wrote in his dissent:

Human dignity has long been understood in this country to be innate. When the Framers proclaimed in the Declaration of Independence that “all men are created equal” and “endowed by their Creator with certain unalienable Rights,” they referred to a vision of mankind in which all humans are created in the image of God and therefore of inherent worth. That vision is the foundation upon which this Nation was built.

Clearly, the judge was making an appeal to the inherent dignity of man, despite circumstances.

This isn't the first time Takei lashed out. In February of 2014, he sneered that "religious freedom is just a cloak for prejudice." Considering the celebrity's racist rant on Monday, he would certainly know about "prejudice."

A transcript of Takei's comments can be found below: 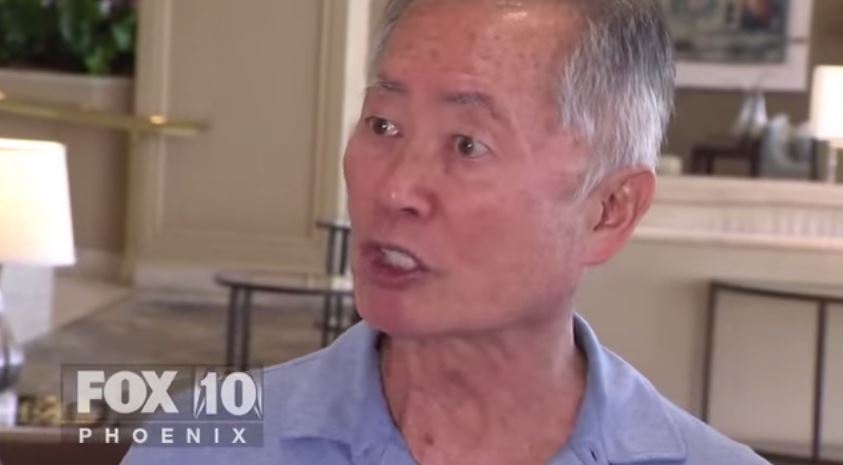 GEORGE TAKEI: He is a clown in blackface sitting on the Supreme Court. He gets me that angry. He doesn't belong there. And for him to say, slaves have dignity. I mean, doesn't he know that slaves were in chains? That they were whipped on the back. If he saw the movie 12 Years a Slave, you know, they were raped. And he says they had dignity as slaves or – My parents lost everything that they worked for, in the middle of their lives, in their 30s. His business, my father's business, our home, our freedom and we're supposed to call that dignified? Marched out of our homes at gun point. I mean, this man does not belong on the Supreme Court. He is an embarrassment. He is a disgrace to America.