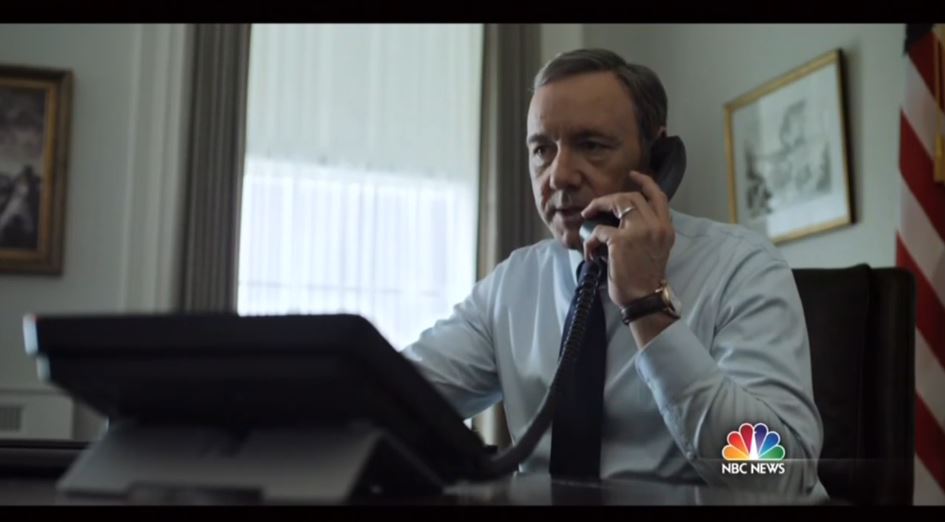 CNN has hired Kevin Spacey to produce and narrate Race for the White House, a six-part six documentary about various 2016 presidential candidates. Spacey, the star of House of Cards, is a long-time Democratic activist and donor. CNN President Jeff Zucker enthused, "'Race for the White House' will be the perfect complement to our coverage of the 2016 campaigns and election."

Presumably some of the episodes will focus on Republican contenders. Given Spacey's history, it's hard to expect objectivity. In 2012, he smeared Mitt Romney as a "murderous politician." In a Meet the Press interview on February 22, 2015, Cynthia McFadden identified Spacey as a "life-long Democrat." He lamented how the GOP "blocks every single thing Obama wants."

On July 30, 2012, the actor cheered Obama: "President Obama will go down as having passed some of the most historic bills in the history of this country." Talking to HotPress.com, he showed an affinity for all Democrats:

I started working on my first presidential campaign when Jimmy Carter ran for president in 1976 and I was in high school. And over the course of many years, I worked for other candidates in various races and ultimately became very close with former President Clinton,” he said. “I also knew Teddy Kennedy and Pat Moynihan and there are a whole number of remarkable and important politicians that I’ve managed to find myself in the same room with on many occasions.

The actor has also given multiple thousands of dollars to the Democratic National Committee, John Kerry, Nick Clooney, among other liberal individuals and organizations.

In the current season of his hit House of Cards, Spacey's character, Frank Underwood, literally spit in the face of Jesus.