Slate Writer: The Democratic Party Has ‘Problems,’ But the GOP Has ‘Pathologies’ 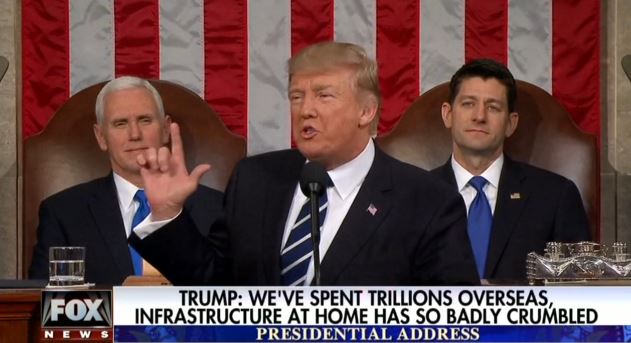 There’s only one “normal” major party left in America, argued Slate’s Jamelle Bouie on Tuesday. In Bouie’s view, Democrats, “as evidenced by the rapid and normal transfer of power from President Obama to President Trump,” believe that our system “only works if both sides see each other as legitimate actors with the right to wield power should they win it…But increasingly, it seems the GOP does not…We’ve moved from ordinary partisan competition -- even partisan hardball -- to something ominous and illiberal.”

Bouie claimed that Republicans’ surly disdain for Dems began to develop early in Richard Nixon’s presidency and seemed to have peaked during the Obama administration, when

the underlying premise was always clear: Obama was not a legitimate president, and if he would not voluntarily bend to conservatives’ will, they would force him to do so.

…Republicans filibustered nominees for both the Centers for Medicare and Medicaid Services and the Consumer Financial Protection Bureau, not out of any dispute with the nominees, but because they opposed the agencies themselves…It is one thing to condemn a law or run against it; it’s something different—and novel—to attempt to sabotage it for ideological and partisan gain.

But Democrats hadn’t seen anything yet, remarked Bouie, given that “in the Trump era, the drive to delegitimize opponents has only grown stronger, driven in large part by the president himself.” Crucial subtext here, he indicated, is provided by “the homogenous demographics of the Republican Party itself. It is the political home of the large majority of white Americans, especially in the South, where it dominates. In turn, it has absorbed that region’s legacy of reaction.”

Just over five years ago, Bouie noted, Thomas Mann and Norman Ornstein published their book which asserted that the GOP had “become an insurgent outlier -- ideologically extreme; contemptuous of the inherited social and economic policy regime; scornful of compromise; [and] unpersuaded by conventional understanding of facts, evidence, and science.”

Since then, the GOP has gotten worse. The Republican Party is even more scornful of its opposition, and even less willing to concede their legitimacy. It is even more contemptuous of shared governance—crafting vast, consequential legislation in complete secrecy—and increasingly hostile to those who vote and march against it. None of this is to say the Democratic Party is faultless. But its problems—most prominently its myopia, muddled message, and hidebound thinking—are typical. They’re normal. The GOP doesn’t have problems, it has pathologies. And they are not normal.