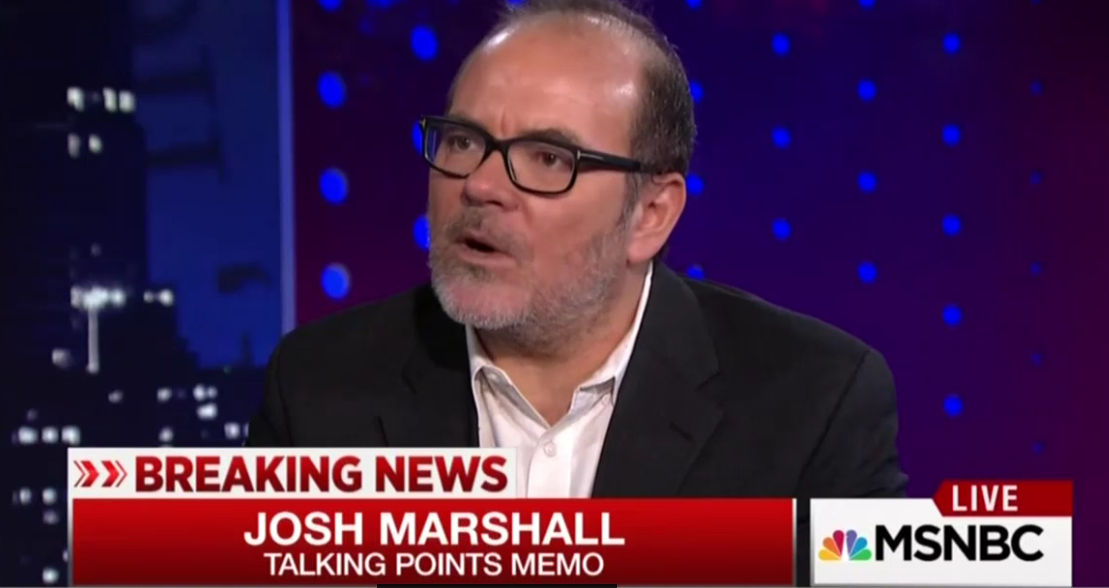 Just as it’s exceedingly tricky to know the dancer from the dance, it’s awfully hard to separate Fox News Channel’s program content from its hypermacho, litigation-generating workplace. That was the word from Talking Points Memo editor and publisher Josh Marshall in a Friday post.

In Marshall’s words, FNC on the air and FNC in the office are “almost umbilically tied…If you’ve watched Fox for years and you found that it wasn’t a hotbed of sexual harassment, pervasive racist attitudes and a generalized sixty-something faux-bro ‘alpha’ culture, you’d have to think you had been scammed, that the big screen talent were somehow hypocrites and frauds. It would be like finding out that Chris Hayes was a major libertarian who funded the Cato Institute and Club for Growth or that Joy Reid had secretly been advising Donald Trump throughout the 2016 election cycle.”

Marshall stated that “obviously there are harassers of all political persuasions” and that he wasn’t “saying conservatives are harassers or racists. Far from it.” Nonetheless, he maintained, “The simple facts [are] that lots of Fox’s programming has for years amounted to pro- ass-slapping your colleagues at work propaganda…That toxic [office] culture is inextricably tied to the product itself: a worldview of resentment and provocation, contempt for changing cultural mores about sex, gender, race and a slew of other things.”

The big issue now, Marshall indicated, is the long-term impact of this turmoil on FNC’s viewership and, ultimately, its bottom line (bolding added):

The charge, frisson and much of the gravitational pull of Fox News has been about a certain kind of cultural politics -- resistance to changing cultural mores and how they affect the channel’s core demographic: older white men.

It’s worth considering whether News Corp can clean house at Fox without losing the cultural punch of the product and thus at least to some significant degree losing its hold on the audience itself.