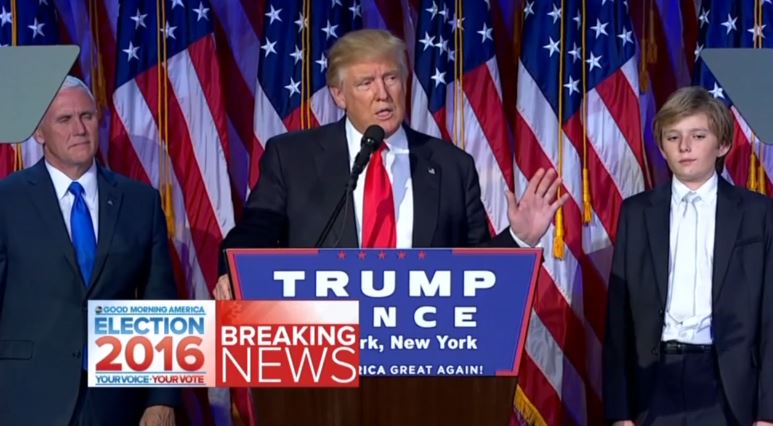 Donald Trump: future war criminal? You never know, suggests Washington Monthly editor in chief Paul Glastris, who believes there are “apt” and “worrisome” parallels between Trump and Slobodan Milosevic, the former Serbian and Yugoslav president who was facing charges that included genocide when he died in prison in 2006.

Glastris, a speechwriter for Bill Clinton during the last two-plus years of Clinton’s presidency, elaborated in his magazine’s January/February issue that “like Trump, [Milosevic] came to power by fanning ethno-nationalist sentiments whose strength surprised even him. [He] became a hero to Serbs throughout Yugoslavia for having defied what we would today call ‘political correctness.’ He used that celebrity to take over the presidency of the Serbian Republic, to foment protests by restive Serbs in Bosnia and Croatia, and to provide those Serbs arms and ammunition.

“During the years of carnage that followed—the ethnic cleansing, the rape camps, the 100,000 people killed—journalists and foreign leaders who met with Milosevic came away with impressions of the man remarkably similar to what many today say about Trump,” continued Glastris. “He was brash and confident in public, but polite and conciliatory in private. He was obsessed with controlling and manipulating the press. He seemed not even to believe the nationalist rhetoric he spouted, but to be using it to gain and hold power. He trusted nobody but his family.”

Glastris wondered if Trump, at critical times, will calm down, rather than rile up, his constituency (bolding added):

Milosevic was an opportunist. I doubt he planned to lay waste to his country and die in a cell in The Hague. He merely followed the logic of the ethno-nationalism he unleashed. So too with Trump. His plans are unclear, perhaps even to himself. But over the next four years, events will occur—a terrorist attack by radical Islamists, a left-wing protest in which police are killed, a takeover of federal lands by armed right-wingers—that will test him. Will he bend to the normal pressures of the office and act with lawful restraint, or in ways that feed his base and fuel more violence? I hope and expect the former. His words and actions during and after the campaign clearly imply the latter…

The United States in 2017 is not Yugoslavia in 1995. We have a longer, deeper experience with democracy and a more robust system of checks and balances. But the next four years will severely test that system. We must all do our part to make sure it doesn’t fail.