Besides the electoral setbacks that liberals absorbed in 2016, they also were politically traumatized by quite a few of the year’s celebrity deaths, according to Vox’s Caroline Framke. In a Friday piece, Framke opined that it was “particularly cruel” that “an entire tier of progressive icons” was passing away at the same time that Donald Trump was “riding a…wave of fury that depends on fear, xenophobia, and a latent desire to return to a world that looks more similar to the one that existed 50 years ago.” 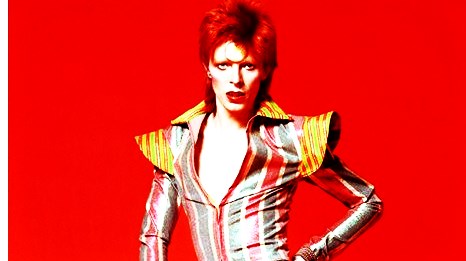 By “progressive icons,” Framke doesn’t mean they were lefty activists. For the most part, she’s talking about those whose work swayed opinions on sexual and racial matters but whose political views seldom were explicit. Prince, she argued, “showed the world what it meant to be a black man who didn’t match the perception of what black men were ‘supposed’ to be.” George Michael “relished homosexual pleasure and refused to be ashamed of it, even when the world at large tried to shame the gayness right out of him.” These celebs and others -- David Bowie, Carrie Fisher, Gwen Ifill, et al -- represented “ideals that were dealt devastating blows in 2016, a year in which regressive ‘tradition’…issued a powerful rebuke of recent progressive advancements.”

Therefore, wrote Framke, “while every year has its fair share of celebrity deaths, there’s something…taunting about 2016 being the end for a whole host of…prominent advocates for acceptance, representation, and being openly yourself even if it meant deviating from societal expectations -- and we lost them right at the moment when the desire to squash anything deviating from the traditional ‘norm’ became a more powerful political stance than ever.”