Daily Beast Columnist: Dubya Can Redeem Himself By Trashing Trump 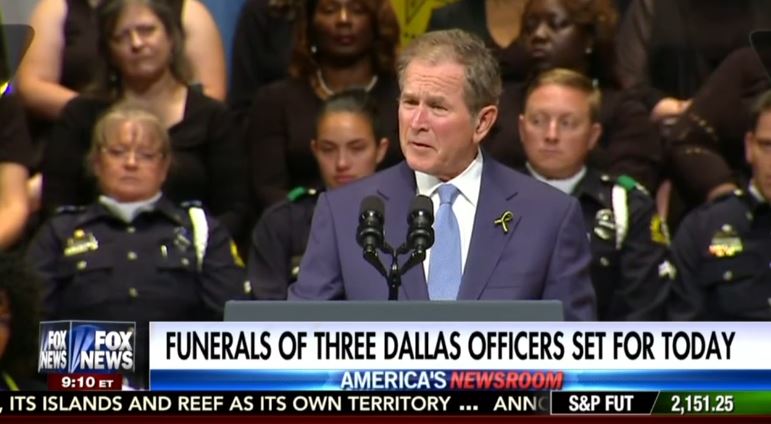 In an Internet meme from President Obama’s first term, George W. Bush asked America, “Miss Me Yet?” Even though The Daily Beast’s Michael Tomasky is a liberal, he does miss Dubya, after a fashion. In a Monday column, Tomasky called Bush “one of the worst presidents” ever but conceded that when he was POTUS, the Republican party was a mere “war-starting, economy-wrecking” outfit, while today’s GOP is far worse in terms of “open racism and paranoid sociopathy.”

Tomasky sees Bush as well-positioned to spearhead the reform Republicans need: “As Jimmy Carter has shown us, a lousy president can do pretty well for himself by becoming an admirable ex-president. After Trump (hopefully) loses, Bush should try to lead the GOP back to planet Earth…The best remaining way for Bush to salvage his reputation is to trash Trump’s.”

One plus of having Bush in the White House, Tomasky argued, was that it discouraged GOP extremism (bolding added):

When a party has a president, that president’s policies are basically the party’s…

So the Republican Party of George W. Bush was pro-immigrant and not anti-Muslim, at least until Bush’s popularity cratered…But now the party has no president and very few [congressmen] who have to go win votes in even purple states and districts, let alone blue ones…For the last few years, “policy,” to the extent it has even existed in the GOP, has been set by the Tea Party and radio hosts and so on, since none of the more establishment figures have had the stones to stand up to them.

Besides Bush’s support for immigration reform and his “Islam is peace” remarks at the Islamic Center of Washington six days after the 9/11 attacks, Tomasky also praised Bush’s willingness to renew the assault-weapons ban which, of course, wound up expiring. Perhaps surprisingly, Tomasky didn’t mention a favorite of liberals, the Africa-focused anti-AIDS program PEPFAR, which Washington Post columnist Eugene Robinson has called “the best thing [Bush] did as president.”