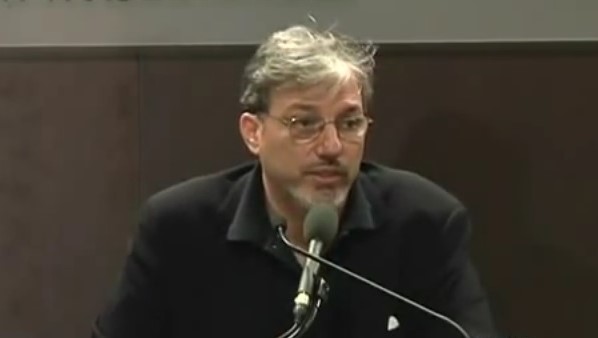 In 2003, Nation columnist Eric Alterman contended that the “notion of liberal dominance” of the mainstream media was “ridiculous.” Apparently, however, Alterman believes that liberal media bias is an idea whose time has come, at least regarding the presidential campaign. In an essay for the June 20-27 issue of The Nation he urged the MSM to help Hillary Clinton by “clearly and repeatedly” stating certain “simple facts” about Donald Trump.

Which simple facts? “Trump is a pathological liar and conspiracy theorist, a racist, misogynist, and demagogic bully with a phantasmagoric policy platform and dangerously authoritarian instincts,” wrote Alterman. But “Hillary Clinton’s flaws and failures…are of an entirely different order. Love her or hate her, at least we don’t have to wonder whether she believes in democracy. When it comes to sane and even semi-sensible policy proposals for America’s future in the 2016 presidential election, there is only one side.”

Most of Alterman’s piece dealt with the issue of "false equivalence" -- the political media’s alleged tendency to “blame ‘both sides’ when only one is responsible,” which he believes has enabled conservatives to move “the boundaries of political discourse well beyond what the rest of us recognize as readily observable reality. This is but one of the dividends the right enjoys from its long-term investment in…creating and supporting countless institutions whose purpose is to harass members of the media to produce more sympathetic coverage of their pet issues.” He fumed specifically about “the willingness of most mainstream journalists to treat Fox News as just another news source.”

To Alterman, conservatives have spread their ignorance through "working the refs" to provide some balance for what he sees as unreality:

True, as Garry Wills has observed, Republicans may have renounced virtually the entire Enlightenment—and with it, “reason, facts, science, open-mindedness, tolerance, secularity, modernity.” They long ago gave up even pretending to offer policy alternatives to those proffered by President Obama. Obstruction has characterized their positions on healthcare, gun control, violence against women, the minimum wage, paid sick and parental leave, climate change, the sequester, the government shutdown, relief for both 9/11 first responders and victims of Hurricane Sandy, and presidential nominations of all kinds, up to and including the Supreme Court. Yet for a member of the mainstream media to contrast this behavior with that of the Democrats would be to risk losing access to Republican sources, while creating a sense of social discomfort in the hotel bars and briefing rooms on the campaign trail. It would also likely lead to pressure, from Republicans as well as higher-ups in the corporations that run media institutions, not to be perceived as favoring one side. Here again, the need for a reporter to project fairness easily outweighs whatever substance might have inspired such a report in the first place.

These pathologies have long been with us. But they have reached a crisis point in recent years, as conservatives have grown ever more brazen in exploiting them, successfully shifting the boundaries of political discourse well beyond what the rest of us recognize as readily observable reality.

This is but one of the dividends the right enjoys from its long-term investment in “working the refs”—that is, creating and supporting countless institutions whose purpose is to harass members of the media to produce more sympathetic coverage of their pet issues. The smart ones don’t believe their own accusations, but they can’t help seeing how effectively they do their job.