New Republic Writer Blames National Review For Trump: ‘Without Frankenstein, There Is No Monster’ 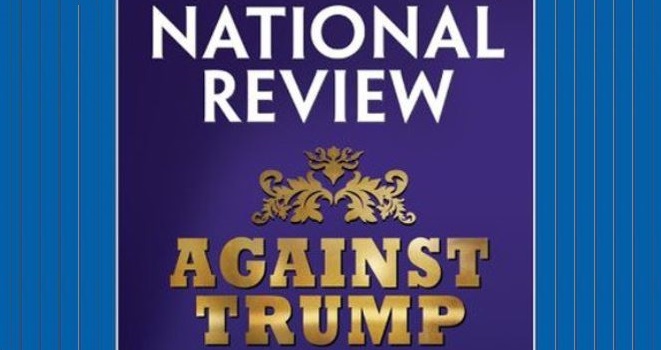 The New Republic’s Jeet Heer doesn’t buy “the argument, made repeatedly by writers in the… symposium, that Trump is not a true conservative,” given that “there is very little that Trump has said or done that can’t find prior sanction in [NR], be it racism, anti-immigrant nativism, or sexism.” The “racist nationalism [Trump] is espousing,” Heer maintains, “has its origins on the right.”

Heer wraps up by pointing the finger at movement conservatism generally and NR specifically (bolding added):

Decades from now, when historians try to figure out the genealogy of Trumpism, they will have to pay careful attention to the pages of National Review in the 1980s and 1990s, when [it] gave ample room to such paleo-conservative voices as Joseph Sobran, Peter Brimelow, John O’Sullivan, and Samuel T. Francis. Even after these writers were purged from the magazine, the white identity politics they argued for was taken up by other National Review writers, albeit in more muted and coded form…

In truth, the relationship between National Review and Donald Trump is like that of Victor Frankenstein and his monster. Horror-stricken by what the monster is doing, Frankenstein might deny his own creation and say that it has a will of its own. But without Frankenstein, there is no monster. And without a conservative movement that fostered and indulged white identity politics, there is no Donald Trump.

Meanwhile, New York magazine’s Jonathan Chait acknowledges that even though Trump is not “a movement conservative,” his current popularity “is no more an accident than [Sarah] Palin’s brief but torrid rise to the heights of right-wing idolatry.” Chait believes that “modern American conservatism” is “inherently vulnerable to this kind of exploitation” since it’s ideological rather than empirical:

Chait adds that “a second problem is that conservative doctrine is unpopular with the public,” which, when it comes to limited government, often talks the talk but seldom walks the walk. He concludes (bolding added):

The habit of doublethink has embedded itself so deeply in right-wing discourse that its members hardly even notice it anymore. David McIntosh, president of the anti-tax Club for Growth, flays Trump for his advocacy of universal coverage. “About health care he has said: ‘Everybody’s got to be covered’ and ‘The government’s gonna pay for it,’” writes the disgusted anti-tax lobbyist. Of course, most Republicans have also spent the last seven years promising their own vague alternative health-care plans that will help cover the uninsured. The difference is that, when Ted Cruz or Marco Rubio promise to repeal Obamacare and replace it with something terrific, conservatives can trust that they’re lying.