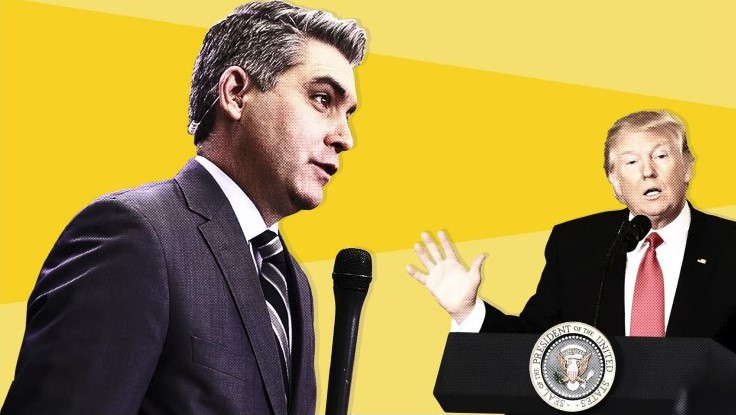 Figures for the May ratings period show that CNN's primetime audience shrank by 25 percent from May 2017.

Clearly, it seems that obsessing over Stormy Daniels, having over 147 interviews with her lawyer, constantly going after President Donald Trump as an idiot and a racist, highlighting Jim Acosta's loutish behavior, giving an open mic to gun-controllers, and siding with Hamas terrorists attacking Israeli soldiers — only a few items from a much longer list — is not a winning formula.

Meanwhile, both Forbes and Adweek reported that Fox News had a stellar month. Here are excerpts from Mark Joyella's Forbes writeup:

What happened to the rise of MSNBC? ... the just-released results of the May ratings period look very familiar: Fox News won--everything.

... FNC extended its run of consecutive months at number one to a staggering 197, while building hitting another impressive milestone: Fox News Channel has now beaten every other network in basic cable for 23 months straight, based on total day ratings, with an average total day audience in May of 1.4 million viewers.

Fox nearly tripled CNN in total audience and won by almost 75 percent in the 25-54 demo.

CNN is bringing up the rear while pretending all is well. Adweek provided cover in its related post headline, but writer A.J. Katz's content relayed the awful numbers:

Despite less than spectacular prime time ratings in May – the network failed to capture 900,000 viewers in the daypart and finished third behind MSNBC and Fox – CNN still managed to beat rival MSNBC in the A25-54 demo across a variety of other dayparts: Total day, daytime and on weekends.

Establishment press sagas like this have been playing out for decades.

In 2005 and 2006, I cited the Big Three networks' evening-news declines. They began in 1980, as their Reagan-era bias became obvious, causing half of a once-thought captive audience to go elsewhere during the next quarter-century. I predicted that regardless of the consequences, the networks would continue their "spoon-fed biased reporting, Bush-bashing, and conservative-bashing for the foreseeable future." That's what happened. The evening news shows are now pathetic shadows of their former selves.

Replace "Bush" with "Trump" in the previous quote, and the same thing is happening at CNN.