In a podcast posted on Monday, CNN's Don Lemon told National Review podcast host Jamie Weinstein that some pro-Trump panelists on his show have admitted that, in Weinstein's words, "they don't believe what they are saying" — as if knee-jerk leftists never engage in such disingenuous behavior (sure, Don). 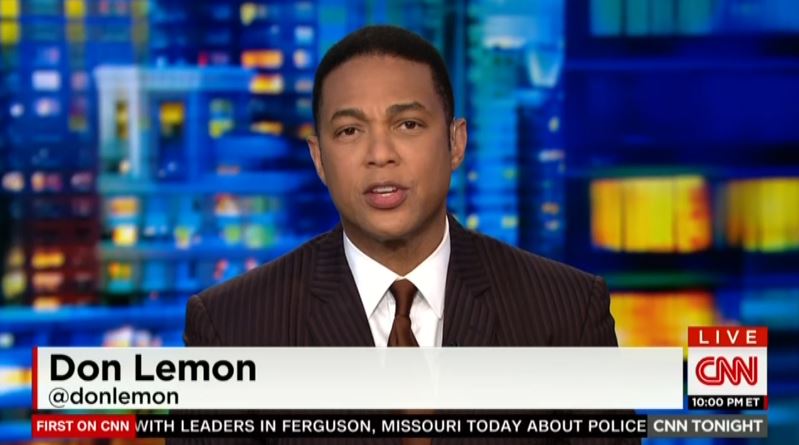 Lemon apparently has no problem allowing people who have allegedly admitted to this behavior to continue serving as panelists. Lemon's statement is a de facto admission that he and his network are willing to broadcast fake opinions.

The delusional Lemon also claimed credit for "starting the panel shows" with "these huge panels" in 2014 in covering the disappearance of Malaysian Airlines Flight 370. Readers may recall that these supposedly enlightening discussions included Lemon theorizing that the aircraft disappeared into a black hole.

Fox News's Special Report has had discussions with a host and several panelists since its inception over two decades ago. The Sunday morning broadcast network news shows, particularly Meet the Press, appear to have begun the practice even earlier. Lemon's and CNN's supposed innovation was showing all panelists on the screen at once. Big whoop. As a visual tool in a different arena, Hollywood Squares beat CNN to that idea almost a half-century earlier.

As to his pro-Trump guests' on-air statements, Lemon said the following (h/t Twitchy):

If the green-underlined statements are true, Lemon is admitting that dishonest panelists are invited back. Lemon apparently has no problem with presenting substantively fake opinions.

The red-underlined statement may technically be true. But in June of last year, James O'Keefe released an undercover interview with a CNN producer who admitted that the network's obsession with Russia had "no factual proof," and was being pushed to cater to those who do want to see Trump driven from office:

A CNN producer acknowledged in an undercover video that the cable news network has been creating fake news against President Trump for the past five months.

In a video released by Project Veritas, CNN supervising producer John Bonifield admitted that stories about Russia colluding with the Trump administration have no factual proof. Bonifield has worked for CNN as a journalist and producer for 15 years.

... Asked why CNN is giving so much coverage to the alleged Russian interference in last year’s election and trying to tie it to Trump, Bonifield replied, “Because it’s ratings.”

Bonifield admitted that the whole Russian story “could be bull***t.” ...

... “And so I think the president is right to say, ‘Look, you are witch hunting me,’” Bonifield admitted. “‘You have no smoking gun, you have no real proof.’“

“Bonifield says CNN loves the Russia story not because it’s true but because (their viewers) want it to be true,” O’Keefe charged. “They are feeding their audience a false narrative in order to get ratings.”

As to the blue-underlined statement that it's hard to find Trump supporters willing to appear on-air, perhaps that's because Trump supporters know there is virtually no chance they will be fairly treated.