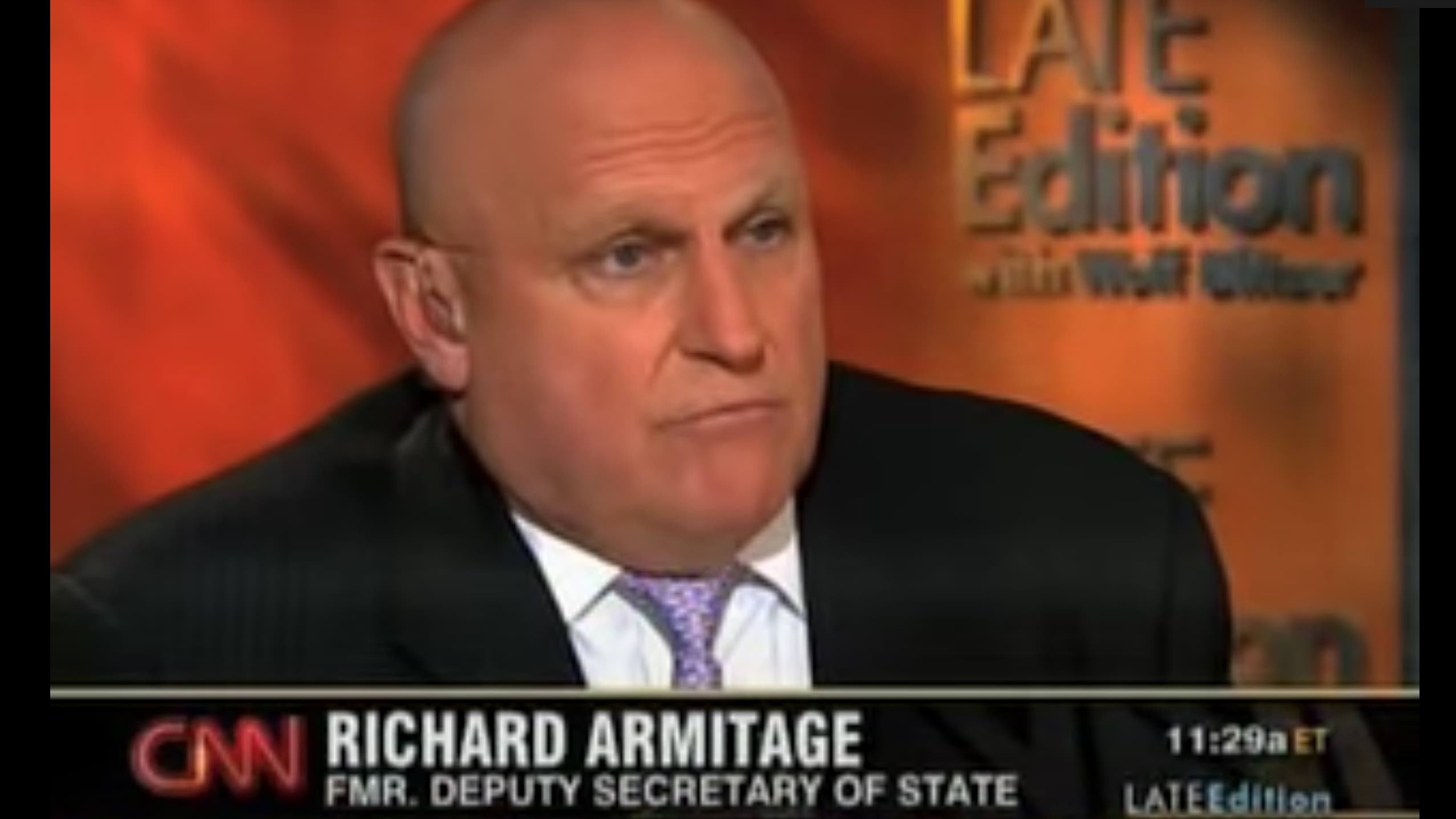 Most of the establishment press's coverage of President Donald Trump's pardon of Scooter Libby has not mentioned Richard Armitage, the person who admitted that he first leaked allegedly covert CIA agent Valerie Plame's name to journalist Robert Novak in 2003.

This pervasive failure includes items at the Associated Press, New York Times, the Washington Post, and over 80 percent of Google News stories about Libby.

President Donald Trump issued a pardon Friday to I. Lewis "Scooter" Libby, suggesting the former top aide to Vice President Dick Cheney had been "treated unfairly" by a special counsel. The pardon comes at a moment when the president faces an escalating special counsel investigation of his own.

White House spokeswoman Sarah Huckabee Sanders insisted the pardon was not intended to send a message to the special counsel investigating Russian meddling in the 2016 election, saying, "One thing has nothing to do with the other." But critics noted the timing, coming as Trump fumes over Robert Mueller's probe, which he has dubbed a "witch hunt."

... Libby, Cheney's former chief of staff, was convicted in 2007 of lying to investigators and obstruction of justice following the 2003 leak of the covert identity of CIA officer Valerie Plame, though no one was ever charged for the leak. President George W. Bush later commuted Libby's 30-month prison sentence but didn't issue a pardon despite intense pressure from Cheney.

Libby was convicted on all counts except one relating to a false statement.

Fitzgerald levied no charge against Libby for leaking — in this specific instance, violating the Intelligence Identities Protection Act — because he "lacked (the) evidence to prove" it.

The AP reporters' failure to mention Armitage's name in a 700-word dispatch leaves readers with the impression that Libby was the person who committed "the 2003 leak." He wasn't. Armitage admitted he was the leaker in September 2006:

Former Deputy Secretary of State Richard Armitage acknowledged Thursday that he was the source who first revealed the identity of CIA officer Valerie Plame to syndicated columnist Robert Novak back in 2003, touching off a federal investigation.

Novak later said, as paraphrased by CNN, that "Fitzgerald learned who the source was (i.e., Armitage) independently" — leaving one to wonder why Armitage was never charged.

A Google News search on Libby's name at 8:20 p.m. ET (in quotes, past 24 hours, sorted by date, without duplicates) returned 209 items. Adding "Armitage" to the search string reduced that number to 36. Most of the remaining listings were center-right blogs and outlets.