A Democratic House member has, by her own admission, failed to protect female staff members who said they were harassed and treated violently by her former chief of staff. Rep. Elizabeth Esty has also admitted that she gave the chief of staff a $5,000 payoff when he left, along with a favorable job recommendation.

In her Friday evening report on the situation, the Associated Press's Susan Haigh played defense — for Esty, describing her as "an outspoken advocate for the #MeToo movement" who is now in an "awkward position." Haigh also tried to help her salvage her political career by describing her outreach to groups involved with "issues affecting women" when she knew the news was about to go public.

U.S. Rep. Elizabeth Esty, an outspoken advocate for the #MeToo movement, has found herself in the awkward position of apologizing for not protecting female staffers in her Washington office who say they experienced violence, death threats and sexual harassment by her former chief of staff. 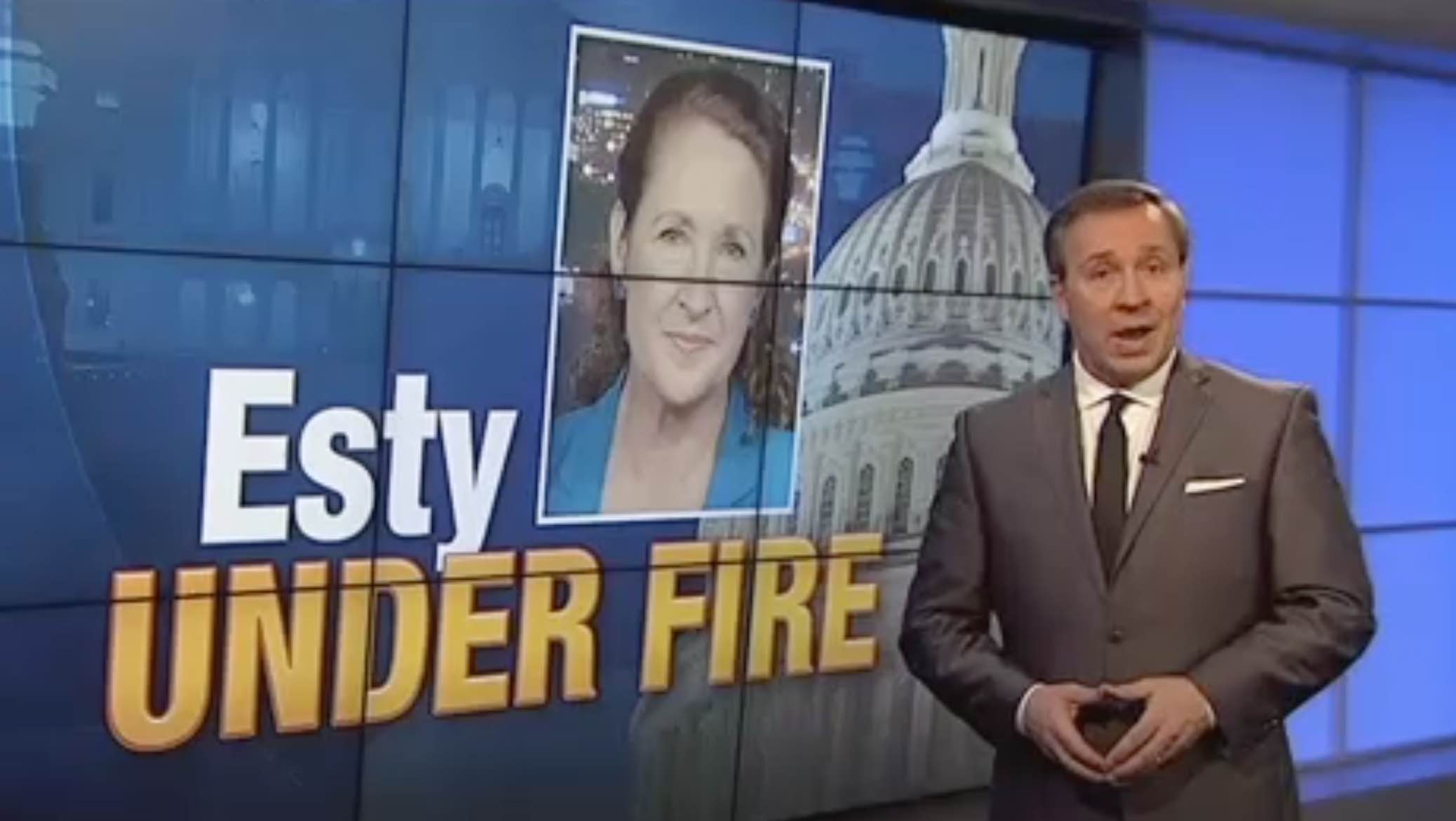 She dismissed calls Friday to step down.

The Democrat has issued press releases calling for tougher harassment protections for congressional staff and was among those demanding that then-U.S. Rep. John Conyers of Michigan resign amid allegations of misconduct with staff. She issued her own public mea culpa Thursday following newspaper reports she did not suspend or fire the chief of staff until three months after learning about allegations against him in 2016.

Esty said she regrets not moving along an internal investigation into the allegations, which revealed more widespread alleged abuse, and regrets providing “even the slightest assistance to this individual as he sought a new job.”

In advance of the news stories published by Hearst Connecticut Media and the Washington Post, Esty made it a point to call or meet with representatives of at least three grassroots Connecticut groups that have been allies of hers on issues affecting women.

... In an editorial calling on Esty to resign, the Hartford Courant said Esty’s answers so far have been disappointing, saying “she has blamed the system and hasn’t taken nearly enough responsibility for her own actions.” The Courant added that “time was up for John Conyers and now time is up for Elizabeth Esty."

A Danbury, Connecticut News Times editorial did not call for Esty's resignation, and couldn't resist criticizing Republicans among them who are demanding it. The editorial's headline also seemed to treat Esty as a victim:

While Esty has shown uncharacteristically poor judgment in the handling of misconduct allegations in her office, it is disingenuous for Republicans, such as National Republican Congressional Committee spokesman Chris Martin, to demand her resignation as they remain silent on the many transgressions of the man elected to lead the country.

This led one of the paper's commenters to this response: