Several press outlets have noted that in its latest annual "Hate Tracker," the Thought Police at the Southern Poverty Law Center have added "Male Supremacy" as a "hate group" category.

Associated Press and Reuters stories on SPLC Wednesday ignored their new "Male Supremacy" category. A story at the Arizona Republic and a Newsy video found at many local and regional news sites recognized it, but ignored the group's smear of women allegedly backing "male supremacy." The New York Times only carried the AP story and the Reuters story. Predictably, several women's magazines -- including Elle and Ms. -- celebrated this development.

What they aren't reporting is that the SPLC has also begun laying the foundation for marginalizing anyone providing intellectual support for mainstream men's rights activists.

The SPLC long ago recognized that tracking the small number of relatively powerless people in white and black nationalist groups (yet somehow exempting the violent, hate-filled, exclusionary Black Lives Matter movement) was a losing proposition. Thus, SPLC has in recent years expanded the scope of its identified "hate groups" to those holding non-violent conservative beliefs:

Expanding its frontiers to maintain its relevance, SPLC's 2018 "The Year in Hate" has a new "Male Supremacy" category, whose alleged "vilification of women ... makes them no different than other groups that demean entire populations ..."

Though the two groups in the "Male Supremacy" narrative may qualify as haters, the SPLC has disgracefully smeared the following women who sympathize not with Male Supremacy, but with the awful (in SPLC's view) "Men's Rights Activist" movement (HT Instapundit): 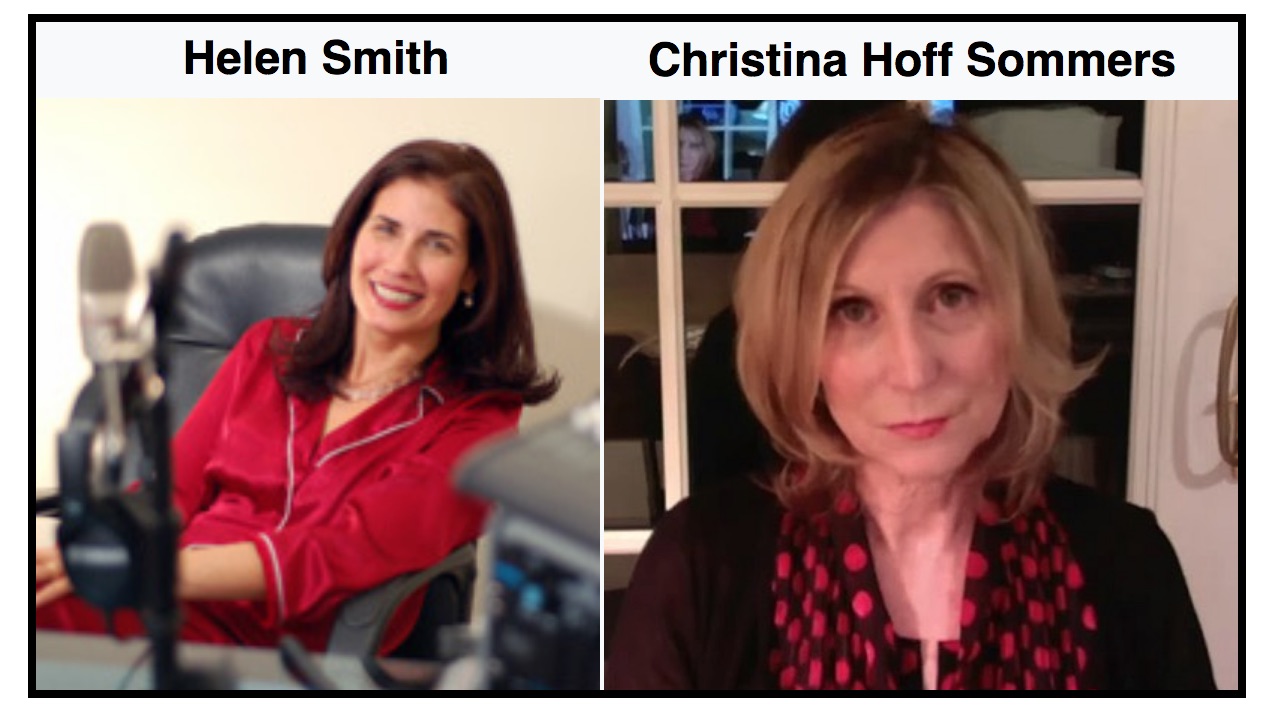 ... Prominent MRAs also include anti-feminist female voices, such as popular Canadian YouTube personality Karen Straughan, American psychologist Helen Smith, and the former head of a domestic-violence shelter for women, the British Erin Pizzey. Men’s rights issues also overlap with the rhetoric of equity feminists like Christina Hoff Sommers, who give a mainstream and respectable face to some MRA concerns.

Smith's book, Men on Strike, plausibly claims, based on her decades of experience as a psychologist, that "males have been subjected to intense discrimination in the name of equality."

Sommers, an American Enterprise Institute resident scholar, is an SPLC-designated hate-enabler because of The War on Boys, Who Stole Feminism?, and her opposition to "gender feminism."

The SPLC's smears of these women as Male Supremacy sympathizers is designed to build support for cutting off their access to speaking engagements, mainstream publishing, social media, and Internet video platforms.