On Sunday, CBS's San Francisco affiliate appears to have originally thought it had a sympathetic story about an illegal immigrant "taken away" in front of his wife and daughter. But two-thirds of the way into its report, KPIX finally told viewers and readers that the man "does have a dangerous past" — but never mentioned four previous deportations.

Readers will see Armando Nuñez-Salgado's dangerous past first before watching how KPIX handled its story.

On Sunday, Feb. 25, U.S. Immigration and Customs Enforcement’s (ICE) Enforcement and Removal Operations (ERO) San Francisco Fugitive Operations Team arrested ICE fugitive Armando Nuñez-Salgado, 38, a citizen of Mexico and documented Sureño gang member, who has been previously removed by ICE on four prior occasions. Over the past 18 years he has accumulated criminal convictions in California that have resulted in more than 15 years of prison sentencings. His criminal convictions include assault with a deadly weapon (statutorily enhanced because of his gang member status), burglary, hit-and-run causing injury and evading a peace officer.

The actual title of the KPIX article is “Family Heartbroken After Napa Man Arrested By ICE Agents.”

If KPIX had opened its report (YouTube; text article) with his record, viewers would have had difficulty working up sympathy for Nuñez-Salgado and his family. Instead, as seen in the video which follows, the station waited until 1:15 into the 1:53 report to describe his criminal record, and never mentioned his multiple deportations:

KPIX ANCHOR: ... Tonight we talked to a teen who watched in tears as the feds hauled away her father.

KPIX REPORTER JOE VAZQUEZ: ... According to family members, he was in the backyard when agents walked right in through the side gate. His 14-year-old daughter Isabel Salgado dissolved into tears.

Armando is a construction worker who has been in America more than 30 years. His wife says his parents brought him here when he was very young. 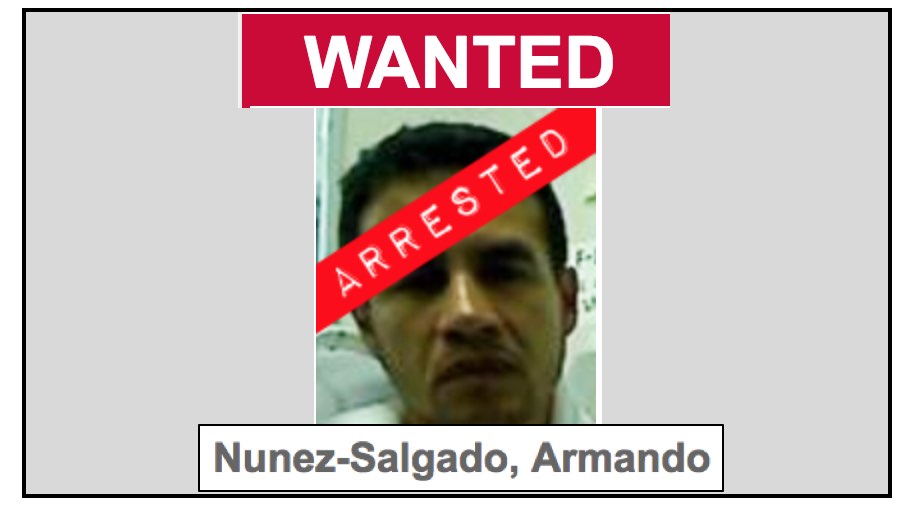 PONCE: He wasn't a danger to the community in any way.

VASQUEZ: But it turns out, Armando does have a dangerous past. After our interview, his family members told KPIX 5 he was involved in gangs and drugs for a long time.

In fact, at one point, he was on ICE’s most wanted list for charges of felony force and assault with a deadly weapon.

His family would not elaborate on his past crimes, but they insist that in recent years he went through a rehabilitation program and that he is no longer involved in gangs and drugs. And they said he has been deeply involved in the community.

Revealing Nuñez-Salgado's multiple deportations would have made Ponce's and the family's statements about his "more than 30 years" in the country "since he was like four" appear deceptive, which — deliberately or not, depending what the man told them about his past — they were.