In a Sports Illustrated "Off the Board" podcast released on Thursday, ESPN's Scott Van Pelt took several cheap shots at the network's critics, in the process demonstrating how horribly out of touch he is with financial realities at his network.

Van Pelt aimed particular venom at those who have decided that they didn't need to have cable TV any more when ESPN selected Caitlyn-formerly-Bruce Jenner as its 2015 annual Arthur Ashe Courage Award winner, calling them "so dumb that I can’t even pray for you because you’re beyond hope."

The podcast's interviewer was SI's Jimmy Traina, who did his part to smear those who claim they are avoiding ESPN as ignoramuses, hypocrites, or both.

In unexcerpted audio preceding the snippet which follows, Van Pelt contended that people who claim that they're boycotting ESPN are in a "make-believe world where everyone talks s–t."

The audio snip below (HT Mediaite) begins with Van Pelt telling Traina he has "never, not once" spoken with anyone who has harshly criticized his show or his network:

SCOTT VAN PELT, ESPN: Again, if that’s how people really felt, somewhere along the line, I would’ve intersected with someone that felt that way and came up and said, ‘Hey, I think your show sucks, I think ESPN sucks, and I think you guys are doomed. And, OK. Never. Not once. 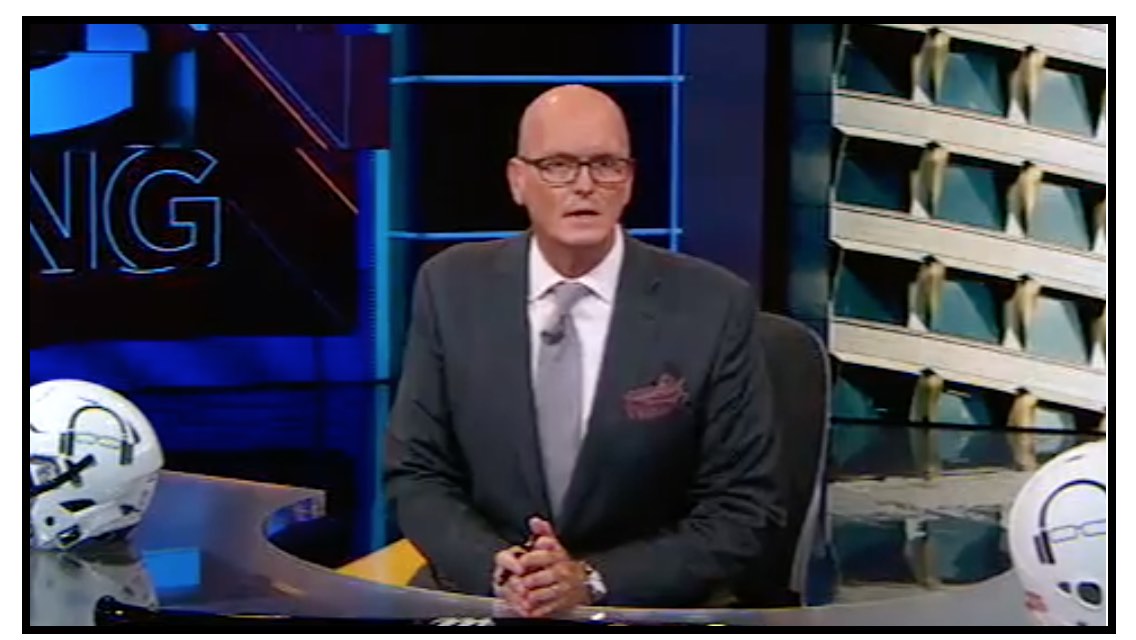 Van Pelt's own late-night Sports Center show is apparently doing well and experiencing ratings growth. So he's probably not going to hear much criticism of his show. But if he really hasn't had anyone tell him that the network has gone in the wrong direction during the past several years by engaging in political advocacy, he not only needs to get out more, he needs to talk to more of his coworkers.

One such coworker would be 25-year network veteran Linda Cohn, who in an April radio interview said that ESPN's insertion of politics into its sports coverage "is definitely a percentage of" the reason why it has had to lay off employees, and that "if anyone wants to ignore that fact, they’re blind." Cohn was quietly suspended for a weekend as a result of her frankness. An anonymous employee reacted to Cohn's suspension, accompanied by the lack of any visible consequences beyond the equivalent of a wrist slap when Jemele Hill called Donald Trump's administration a pack of white supremacists, as follows: "I’m tired of pretending this company is not full of sh*t."

Then Traina chimed in with his hypocrisy-ignorance shtick:

JIMMY TRAINA, SPORTS ILLUSTRATED: Yeah. And also, it is funny, because whenever I get into this topic on Twitter, I get people who say, "I don't watch ESPN any more. Nobody watches ESPN any more."

And I say, "OK, that means that you don't watch college football playoffs, Monday Night Football, the baseball playoffs, the NBA."

And then I get back, "Oh no, I just mean the talk shows. Well, that's what — ESPN's not just talk shows. It has a little bit of everything. So you haven't stopped watching ESPN.

It's just — I think most people who are doing it just don't — you have those people who just don't know the business, and then you have maybe people in the business who want to see ESPN fail, and those are the ones who are putting out the narrative that ESPN is dying, when if every media company was dying the way ESPN is, we'd all be thrilled.

He must surely know, or should know, that ESPN has lost over 12 percent of its subscribers in the past six years, and that it is currently hemorrhaging 15,000 subscribers per day.

One would hope that Traina is smart enough to know that ABC and ESPN are separate profit centers for parent company Disney, and that people who watched the NBA finals on ABC weren't helping ESPN in any way, shape, or form.

Unless he's been in a cave for the past year, he must know that some of ESPN's live event broadcasts are not doing so well, either, especially Monday Night Football.

Finally, Traina certainly must know, since Sports Illustrated has covered it, that ESPN is currently in the midst of its third round of layoffs in the past two years.

I'd love to hear Jimmy Traina explain why any company with such a high level of fixed costs in the form of broadcast rights would be "thrilled" about a 12 percent shrinkage in its customer base.

Van Pelt then lowered the boom on cord-cutters and boycotters:

VAN PELT: Sure. Of course. I mean, right. Everything you said is true, I'm going to boycott this — And for the folks, if you truly wanna boycott the NFL or if you wanna boycott ESPN, the notion that some guy sitting out there, or gal, and they decide, "You know what, I’m gonna go ahead and cut my entire cable package because ESPN gave an award on a made-up show in July because there’s no sports to a woman who used to be a man, so I’m now not gonna have any cable TV at all, and I’m gonna sit around at night and read books by candlelight like olden times because of that." That’s just, that's not happening.

And if you did that, then you’re so dumb that I can’t even pray for you because you’re beyond hope. If that was your reaction to this — was to deny yourself the ability to watch television — I mean that just hasn’t happened and didn’t happen.

Van Pelt, in contending that cable TV cord-cutters have no alternative but to "sit around at night and read books by candlelight like olden times," has apparently never heard of the following long but still incomplete list of entertainment and news alternatives: Netflix, Amazon Prime, YouTube, Fox Sports, the various broadcast networks' subscription services, or the news rebroadcasts provided online by so many local TV stations.

As a result of its ongoing insertion of politics into its sports coverage, many people who never realized it before and would never have investigated such things have learned that they're paying $80 or more per year in their cable packages for ESPN alone, and deciding that they'd rather not have cable at all than continue to involuntarily fund "MSESPN." I would contend that cord-cutting is happening at a faster rate than it otherwise would have.

Finally, Van Pelt's statement that "there's no sports" in July is an insult to fans of baseball, NASCAR, and other summer sports ensured that he left virtually no one uninsulted.