A Troubled Associated Press Has Become Less Transparent and Accountable

In recent months, it has become quite obvious that the Associated Press has made conscious moves designed to make its output and journalistic operations less transparent.

It's also reasonable to ask whether these moves are also motivated by a desire to hide what appears to be a significant shrinkage in its available resources and perhaps even its number of personnel.

Readers who still believe that how AP operates is relatively unimportant simply must understand these three things:

The AP began a "Big Story" site several years ago. Its intent appeared to be to preserve content considered particularly important or relevant for future researchers, historians, and its own reporters. Now it has disappeared.

"Hosted.ap.org," which tended to preserve final versions of stories for a week or two before flushing them down the memory hole, appears to be virtually gone. The only evidence I could find that it is still active in any respect consisted of a few working links at MuckRack. Directly typing "hosted.ap.org" as a URL takes the user to APnews.com (to be discussed shortly).

There still is a hosted2.ap.org website. But its underlying content, which used to have public visibility, now has none. It used to be possible to search that site through Google and occasionally find stories hosted.ap.org had already dropped, or even earlier versions of stories since revised at hosted.ap.org. Now the site only gives readers a list of about a dozen or so "Recent Headlines" with introductory blurbs. Clicking on any of those story links is supposed to take the reader to a hosted.ap.org page — which is pretty funny, given that, as noted earlier, hosted.ap.org is almost completely inactive. Instead, the user ends up at the home page of APnews.com, and has to search on the headline to find what they were looking for.

APnews.com is from all appearances the single AP-controlled website which is on track to effectively replace all of the others. Consolidating a plethora of sites into one might seem like a good idea, except that APnews.com appears to have been designed to make content difficult to find and to make all but the most recent content disappear. 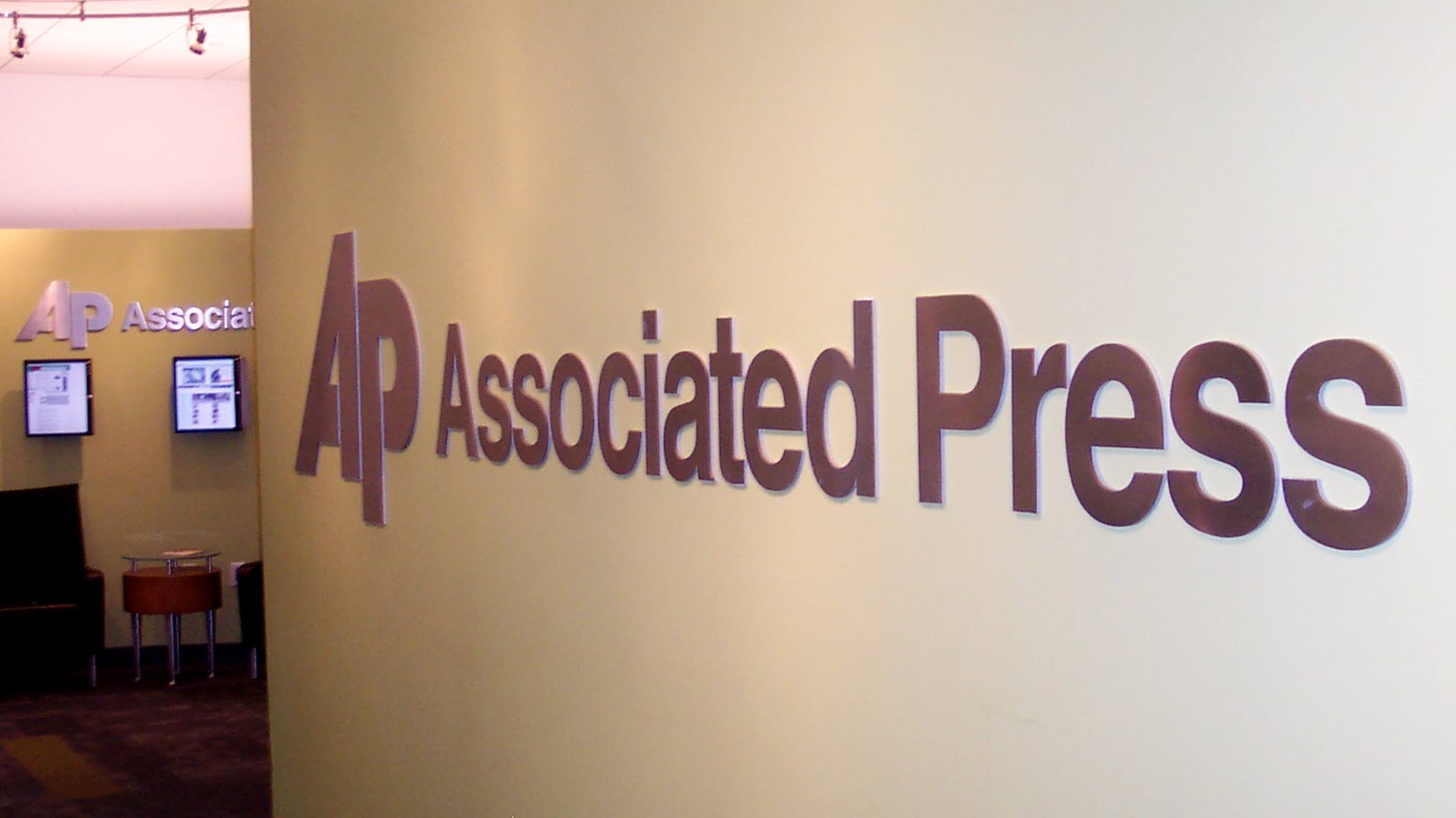 For example, the site's search engine appears only to look for words in headlines and tags, and does not look for the non-sequential or even sequential presence of all of the term's words in an article's content. Thus, as seen in Saturday's NewsBusters post, an AP-NORC poll on Americans' attitudes about guns after the Las Vegas massacre, a search on "gun control" (not in quotes) at APnews.com did not return that dispatch, even though the term "gun control" is in the content. Why? I'd argue that after seeing the poll's results, which even after rigging the sample to heavily favor Democrats and liberals showed that Americans' attitudes towards gun rights haven't changed, the AP decided that its findings should remain as invisible as possible.

Additionally, APnews.com has replicated hosted.ap.org's nasty habit of revising stories on the fly without preserving any record of previous iterations. To find out what AP actually reported on a fast-developing story 12 hours ago, you have to conduct extensive needle-in-haystack searches at AP subscribers' sites and hope that the older version is still out there somewhere.

It's more than reasonable to argue that the disappearance of the Big Story site, along with how APnews.com is being handled, betray desires for less transparency and accountability. These moves open up greater opportunities to manage how stories are worded initially or at critical times of the day, e.g., just in advance of morning and evening TV news shows, without leaving readily discernible tracks once they're revised and made to look more reasonable. If subscribing print, online, radio and TV outlets seem to be mindlessly mouthing leftist talking points, it is quite likely that they're simply reading the AP content they have just been presented.

APnews.com has one other feature which longtime AP followers will find quite astonishing. Other new organizations' content is now appearing there in large volumes. Does this reflect a generous desire to give subscribing outlets visibility, perhaps in return for some form of revenue or expense offsets, or is it happening because AP is no longer capable of producing a sufficient level of content by itself?

I repeated the "gun control" search to which I referred above at 2:20 p.m. Eastern Time on Sunday; results are here. At that time, it contained 50 items, and no links to additional pages with results for that term. Only 19 of the results linked to APnews.com stories produced by AP reporters. The others originated from other outlets — and to no one's surprise, on the whole they lean clearly to the left. Some particularly odious headlines (links are to the outside publications' sites): "Never Mind Gun Control, Disarm Trump" (The New London Day); "How the US government created and coddled the gun industry" (from The Conversation, a publication of "academic experts"); "How America has silently accepted the rage of white men" (Philadelphia Tribune).

(If one clicks on the publication's name instead of the article title, one learns that APnews.com has established separate pages for each contributing outlet, with, yet again, a single-page limit of 50 items.)

So at least for site searches — already far less effective than users have a right to expect, as noted above — the Associated Press appears to have turned over more than half of its content to other outlets.

The wire service's category pages (e.g., business, sports, etc.) still contain all-AP content. But you get links and intro blurbs for (again) only 50 stories ("Lifestyle" example here), and that's it. 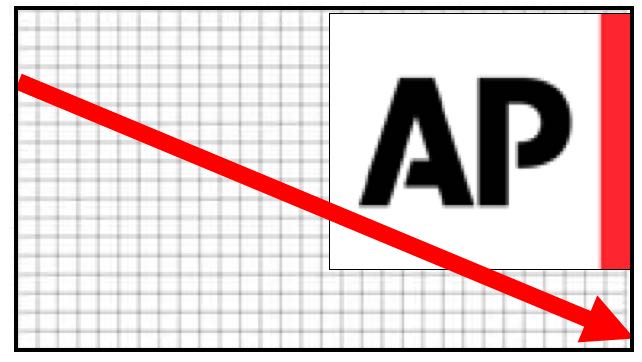 So is the AP shrinking, or just revamping itself to leverage how news is currently found and produced? Arguments for the former include the following:

As far as I can tell, unlike during previous contract talks, we aren't seeing AP journalists conducting childish demonstrations or going on "byline strikes," which are supposedly hurtful because one doesn't know which reporter authored a given story (readers can be forgiven for not seeing any "logic" in this, as I certainly don't).

The usually militant News Media Guild's relatively non-hostile behavior arguably reflects the fact that it knows it can't hope to squeeze any improvements out of AP; it can only limit the bleeding.

If I'm correct in believing that the AP's moves described in this post are partially motivated by deteriorating financial conditions, it couldn't happen to a more deserving bunch.

While pretending be the prime propagator of objective news, three of its reporters were effectively campaign surrogates for Hillary Clinton's presidential campaign even before she officially announced her candidacy. Its coverage was so obviously anti-Bernie Sanders during the primaries, and then so obviously anti-Donald Trump during the general election campaign's final months, that their reports might as well have been pro-Hillary attack ads. After Trump's election, its reports, its "fact checks" and its still present but completely undeserved reputation as an impartial gatekeeper have been a major contributor to the over 90 percent negative coverage found in studies looking at the coverage of Trump and his administration.

Like other news organizations in the Trump era, instead of examining how their own conduct might be hurting them, AP insists on continuing to do the things that have done it so much damage — see what it's done to its hallowed Stylebook guidance just this year (here and here) for proof — while attempting to make calling them out for their ongoing egregious conduct much more difficult.