As false news promoted by the establishment press has multiplied in the two years since Donald Trump declared his presidential candidacy, it's easy to forget that an equal if not greater media offense concerns genuine news and previous historical events that these outlets refuse to report or recognize.

A Monday morning item by Lorraine Ali was about "How Trump’s election and Weinstein’s fall signal warp speed on taking sexual harassment seriously."

Ms. Ali is clearly not happy with the differences in the current situations of the two men she headlined, and paraphrased a rant by late-night host Seth Myers to make her point (h/t's for both items to longtime commenter Gary Hall; bolds are mine throughout this post):

... both (Trump and Weinstein) are powerful men accused by multiple women of sexual harassment. Both were caught on tape saying things to and about women that should have ensured they’d never make it a step further in their respective fields. Both found success despite years of rumored bad behavior, until one ended up running Hollywood and the other the United States of America.

This is a truly pathetic and incomplete juxtaposition.

Weinstein admitted to sexual assault in a 2015 undercover police sting, and wasn't prosecuted, i.e., this wasn't "about women," it was an act committed against a woman. Weinstein has also been accused of rape by actress Rose McGowan and others.

Trump has admitted to actual specific "bad behavior" (Ali's words — note how she couldn't go any further than that with Trump), and though his 2005 statements in the Access Hollywood tapes were clearly reprehensible, it would appear at this point that no one has produced tangible evidence that the nation's 45th president engaged in actual harassment or abuse.

Meanwhile, Bill Clinton, just for starters, was, to use Ali's words, also "accused by multiple women of sexual harassment." But Clinton was shown to have engaged in much more than harassment. Three such examples — and there are many others, including a separate 2016 accusation concerning alleged 1980 assaults made by Leslie Millwee, a former reporter for local Arkansas TV station KLMN-TV  — follow. 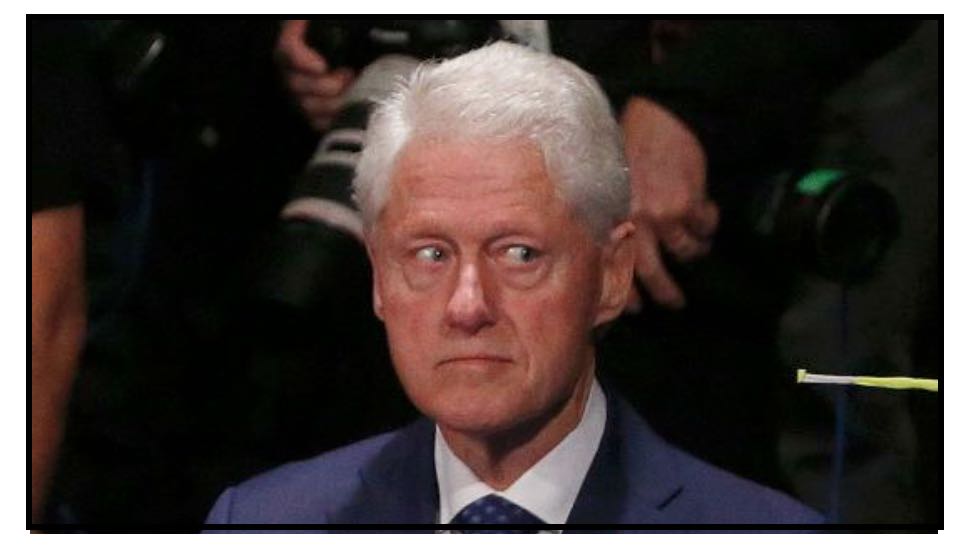 One victim, Paula Jones, was paid $850,000 to go away once it became clear that her chances of prevailing in a trial over an incident where Clinton allegedly demanded oral sex while he was Governor of Arkansas were quite high, and that even if she didn't prevail, sufficiently damning details would tear his credibility to shreds. Clinton engaged in underhanded attempts to make Jones go away by committing and causing others to commit obstruction of justice. Clinton himself committed perjury.  As a result of these crimes, he was impeached by the House of Representatives, but irresponsibly allowed to continue as President by the U.S. Senate, enabling Clinton to, using Ali's words, continue "running the United States of America."

Another woman, Kathleen Willey, went on the record in March 1998 claiming that she was sexually harassed by Bill Clinton while he was President in a CBS interview.

"To encounter this woman, to hear the details of her story and the statements of the corroborating witnesses, was to understand that this was in fact an event that took place."

Yet Ali kept Bill Clinton out of her story, even though his success in effectively getting away with multiple sexual offenses caused others in positions of power to believe they could do so as well. In other words, Clinton, as much as any other single person, is arguably responsible for the growth in sexual bullying during the past two decades which Ali decried.

Ali also took it upon herself to rewrite the history of how the Trump Access Hollywood story came out:

... covering up this sort of bad behavior is one area where the left and right share common ground.

NBC was just as unwilling to release the Trump “Access Hollywood” tape or hours of raw “Apprentice” footage during the presidential campaign as it was to back reporting that exposed major Democratic donor Weinstein.

As learned later, the unsanitized version then got leaked to the Washington Post:

We're told the plan was to edit the tape to keep the focus on Trump and not Billy. "Access Hollywood" we're told was not going to air the portion where Trump and Billy got off the bus and Billy goaded Trump and the soap star to hug. Our sources say the tape was going to be "sanitized" to protect Billy as much as possible.

... We've told you the plan got derailed by Hurricane Matthew. Execs decided the wall-to-wall coverage of the storm would mess up the plan to dominate the news with the Trump tape, so they were going to hold it until Monday. It didn't sit well with some staffers who wanted it out pre-debate (before the second presidential debate in October — Ed.), so it was leaked to the Washington Post.

The second item leaving Bill Clinton's name out where it clearly belonged was a Wednesday item authored by "The Los Angeles Times staff" headlined "Here's a look at 27 newsmakers accused of sexual harassment, assault or related behavior."

The article begins by acting as if it has a very "recent" focus — but it doesn't, at least not entirely:

In recent months, men from Hollywood to academia, technology to politics have been publicly accused of harassment and/or misconduct, many forced to step down from their jobs. Here’s a look at some who made headlines.

If one scrolls down the article far enough, it's clear that the list's scope goes much further back than accusations made "recent months," based on the inclusion of the following men:

Well, guys, if you're going to go back that far, there's no genuine excuse beyond profound, left-leaning bias for not including Bill Clinton.

Thanks for making it so obvious.