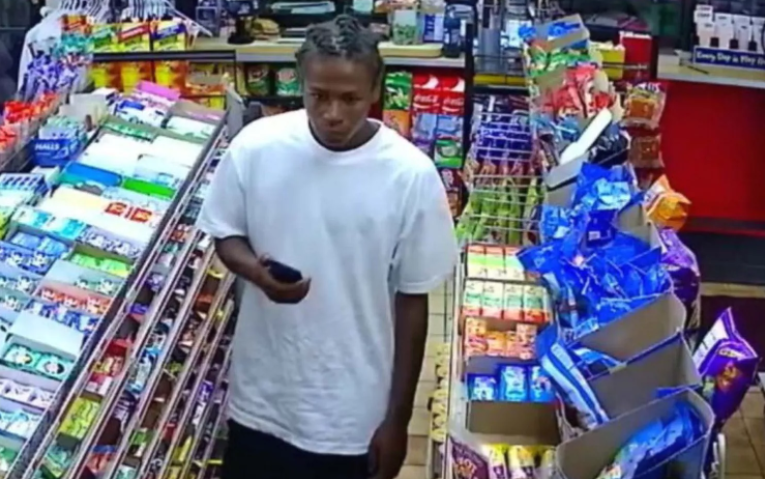 Thanks to Hurricane Harvey, the fact that the Fredrick Scott alleged multiple-murder story is not a major national news item yet is to a degree understandable. But there are already signs the the establishment press doesn't want to give this ugly saga the attention it deserves.

Despite the fact that Scott is alleged to have made a threat to "kill all white people" in 2014 and that the known Kansas City trail murder victims (two on which murder charges have been filed, and three of which police believe may also be tied to Scott) were all white, the headline at People.com's coverage of the story is: "Suspect in 5 Kansas City Killings Allegedly Shot Men at Random While Walking Their Dogs." Yeah, "at random."

Chris Harris's Thursday afternoon writeup does eventually mention Scott's alleged 2014 threat. But as I have noted so often before, the headline is what print and especially electronic device users see before deciding whether to click through or read further. Harris's headline is so bland that its uninformative nature almost has to be deliberate:

Authorities in Missouri have arrested a 22-year-old man suspected in the killings of two men who were apparently fatally shot at random while walking their dogs along a popular 17-mile-long bike trail, PEOPLE confirms.

A statement from prosecutors in Missouri’s Jackson County describes Fredrick Scott as “a suspect in other homicides” that have been committed over the past year near the Indian Creek Trail in Kansas City.

All of the victims are white males, the Kansas City Star reports. The paper reports that in 2014, Scott allegedly threatened to shoot up a school and “kill all white people,” according to court records.

Scott has been charged with two counts of murder and two counts of armed criminal action. He is being held without bail, and it was unclear Thursday if he has retained an attorney who could comment on his behalf.

The statement alleges Kansas City police detectives connected Scott to the Aug. 13 slaying of Steven Gibbons, 57, and the Aug. 19, 2017 killing of John Palmer, 54.

The Kansas City Star noted that all of the victims were white when the body count was four in early June:

(Police) do acknowledge the similarities in the victims — all white men between ages 54 and 67, some of whom were killed walking their dogs near the popular trails along Indian Creek, Minor Park and Blue River.

To its credit, the Associated Press has filed a national story on this matter and hasn't hidden Scott's alleged racist 2014 statement. To its detriment, it devoted an inordinate amount of attention to the alleged murderer's mother's claim that he doesn't have a racist bone in his body and that his problem is really mental illness:

Suspect in 5 killings made 2014 threat to kill white people

A black man suspected of fatally shooting five white men, all but one of them along south Kansas City hiking and biking trails, threatened three years ago to shoot up a school and “kill all white people,” according to court records.

A municipal court citation for harassment said Fredrick Demond Scott made the statement in January 2014 at an alternative school in Kansas City, The Kansas City Star reported. Prosecutors announced Tuesday that Scott, who’s 22, was charged in two killings and a suspect in three more.

Scott’s mother said in an interview with The Star that he refused to get treatment for his paranoid schizophrenia but did not show any hatred toward white people. Scott was cited in Kansas City municipal court in 2013 for assault on his mother, accused of shoving her several times.

“As far as I know Fredrick never had a problem with white people,” his mother said. “He would do odd jobs for people and some of those people were white men.”

As noted earlier, the story is recent, and there are other major stories right now. But it will be telling to see how much genuine attention this case eventually gets from the national press, especially if Scott is successfully tied to the other three murders.