WashPost: Anarchists Are About 'More Than Just Smashing Windows'

The Washington Post published a 2,000-word story Thursday which attempted to portray DC-area anarchists who attempted to disrupt and ruin President Donald Trump's inauguration in January as being interested in "more than just smashing windows."

The best answer to what "more" is in Perry Stein's report is that it's about destroying as much property belonging to others as possible once it's clear that attempts to stop or seriously disrupt planned events have failed — oh, and getting away with it.

Stein's opening paragraph gave readers the idea that her treatment would be far too sympathetic, complete with a clickbait headline which promised what her story failed to deliver:

By day, they are graphic designers, legal assistants, nonprofit workers and students. But outside their 9-to-5 jobs, they call themselves anarchists — bucking the system, shunning the government and sometimes even rioting and smashing windows to make a point.

And what's their point? This is the "best" answer Stein could formulate, in response to court documents describing their Inauguration Day actions as "malicious and "violent":

... the anarchists see (their actions) as a necessary way to draw attention to poverty, racism, educational inequality and other problems.

“Allowing inauguration to proceed as a peaceful unfolding does not reflect that this is not a peaceful country. There is no peace,” said (37 year-old Legha) Carrefour, who would not say which inauguration protests he participated in and whether he knew if the violence would occur. “We wanted to make it a clusterf---, and we made it a clusterf---.”

So it seems that if it weren't for these heroic anarchists, no one would have any idea that "poverty, racism, educational inequality and other problems" exist. Apparently these anarchists deserve our gratitude for "drawing attention" to problems no one else ever discusses.

But these supposedly brave anarchists aren't willing to suffer consequences for their disruptive and violent actions:

For the Inauguration Day protest planning, representatives from affinity groups across the country formed a council. People also connected through websites and message boards, including CrimethInc.— a site that describes itself as a “decentralized network pledged to anonymous collective action.” 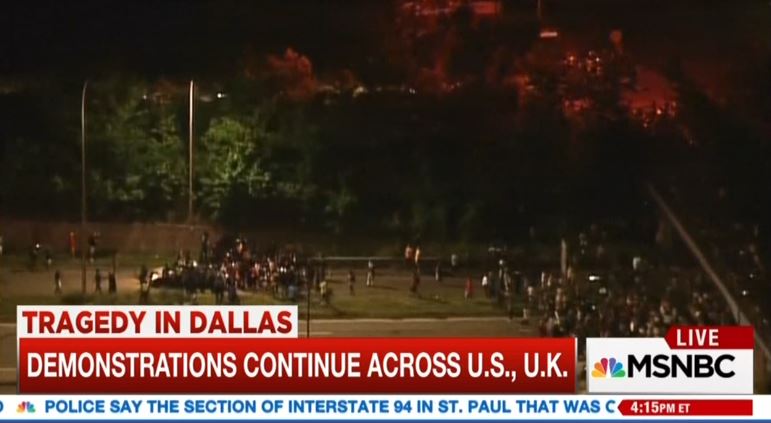 Some talked about trying to block bridges into the city, but many of the anarchists said they wanted to be closer to the inauguration action downtown. The group decided to use “black bloc” tactics, wearing dark clothes and masks so that authorities would have a harder time identifying — and convicting — participants.

“You can breathe easy at a black bloc. You know if one person gets demasked, they will have your back,” said one anarchist who participated in the inauguration black bloc but asked to remain anonymous because of possible legal implications.

The Post reporter did note that the property destruction went beyond "smashing windows":

Muhammad Ashraf, whose 2015 Lincoln super-stretch limousine was burned by rioters while parked downtown, wondered whether the protesters understood the effect the rioting had on him.

Ashraf, 52, owner of Virginia-based Nationwide Chauffeured Services, watched on television as his limo was engulfed in flames. The vehicle was a total loss. After insurance payments, it cost him $60,000 out of pocket to replace, he said.

“When that car becomes a source of your livelihood, it becomes a part of your life. I don’t know if the protesters understand that when they destroy something — the way I felt when I saw my car burning, it really hurt me deeply even though it’s just a car,” he said. “Six months later, I still want to know, did that accomplish anything?”

Having told the story, Stein appears not to have asked the anarchists the question Ashraf wants answered. Instead, we were told by Carrefour, the insolent punk disguised as a 37 year-old, that "it’s important to attack the symbols of capitalism. It’s just property at the end of the day.”

As Ashraf explained, his limo wasn't "just property," and certainly wasn't just a "symbol." It was the source of his livelihood. I doubt that Carrefour would feel the same way if someone smashed his smartphone into teeny tiny pieces.

John Sexton at Hot Air had this reaction to Stein's report:

... the article never does offer much of a justification for the violence which is the main distinctive of anarchist protests. As a reader, you’re left with the impression that participants feel there’s a certain outlaw romance to the whole thing, i.e. dressing in black, wearing a mask, breaking windows and breaking the law, running from police, etc. That kind of excitement tinged with the risk of being arrested must create a real adrenaline rush and some group solidarity among those who do it. You can imagine them sitting around later talking about all the chaos and replaying their role in it for friends.

Does any of that justify destroying Muhammad Ashraf’s limo or doing $100,000 worth of damage to buildings in the form of broken glass? I don’t think so but clearly, the anarchists must. So why not ask them to explain it. It’s the only question really worth asking these people: What appeals to you about breaking things? But the Post sidesteps the question by suggesting there are other reasons for being an anarchist and then doesn’t deliver much in the way of other reasons.

Sexton also posted the following video reminding readers of the destruction these darlings inflicted on DC in January:

In the past, anarchists have mostly been able to count on a lenient court system to avoid suffering serious consequences for their actions. How they're being treated in the wake of what happened on Inauguration Day appears to have, at long last, shaken that confidence.

For example, in early July, anarchist Dane Powell was sentenced to 36 months in prison. While the judge involved "suspended all but four months of the sentence on the condition that he successfully complete two years of supervised probation," Powell's sentence, though still too lenient, is four months longer than what has been business as usual in many courts for over a decade. It's not a moment too soon in coming.

Come to think of it, maybe the whole point of Stein's report was to irresponsibly soften anarchists' image in advance of upcoming court proceedings involving others among the 234 who were arrested in January.