When the establishment press isn't criticizing center-right outlets as fact-challenged and not objective, it's dismissing them as irrelevant and unimportant.

If that's really the case, that would lead one to wonder why a seasoned New York Times reporter was bothering to look at a story published at Breitbart.com, let alone tweeting his breathtaking ignorance about the content of that report's first two sentences.

Number of Registered Lobbyists Falls 14% in 2017

The number of federally registered political lobbyists has fallen by 14 percent thus far in 2017 from the 2016 total.

However, based on data provided by the non-partisan OpenSecrets.org, spending by lobbyists is on track to rise by about 3 percent in 2017.

Amazingly, Times reporter Nicholas Confessore found something terribly wrong with this, and said so in the following Wednesday morning tweet (HT Twitchy):

There is nothing in Smith's second sentence which contradicts the first. It is quite possible for the number of lobbyists to go down and the spending by the ones who remain to go up. That Confessore is so absolutely sure that there is a contradiction reflects badly on him, the Times, and Confessore's alma mater of Princeton. It appears that majoring in Politics at that Ivy League school and 19 years as a journalist hasn't required much in the way of math knowledge. 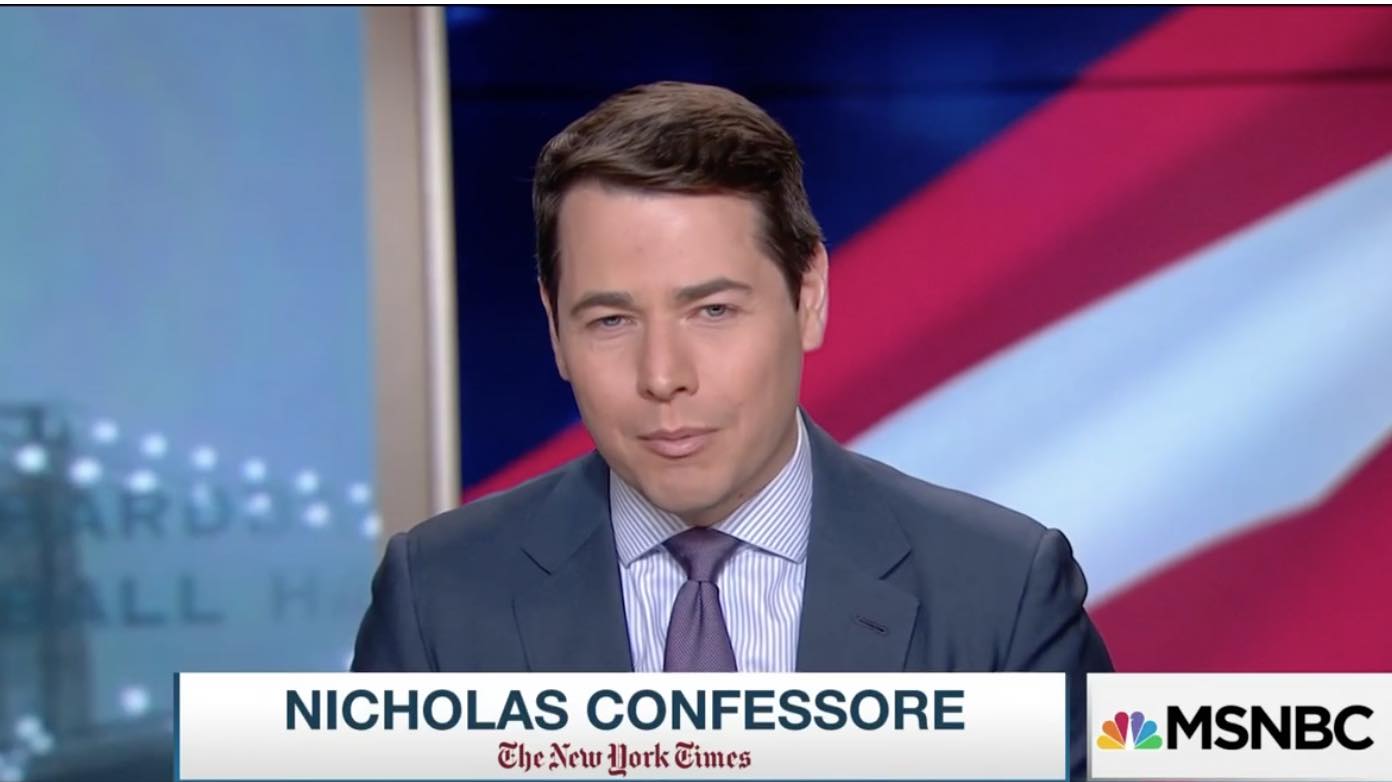 NewsBusters has chronicled a long history of Confessore's bias and ignorance. Just a few of the lowlights include the following:

To his credit, Confessore, at least thus far, hasn't deleted his tweet and tried to pretend it never happened (though one can't rule out the possibility that he'll wait a few weeks or months to delete it while hoping no one notices).

To his detriment, though he could have stayed away from Twitter and left his level of ignorance a mystery, he decided to go on it and demonstrate just how deep it is.