Late Friday afternoon, Brian Slodysko at the Associated Press published a legitimate but overwrought news story on how Vice President Mike Pence, while Indiana's governor, had "emails about state business distributed from a private AOL account that was hacked last year." But the AP reporter also published Karen Pence's still-active AOL email address for no conceivably justifiable reason. Now the wire service is refusing to pull stories containing it.

Slodysko's story (to which I won't link, but which can be found here as the current first item listed) attempts to go after Pence for "hypocrisy for some of his attacks against Hillary Clinton on the campaign trail," because he criticized Hillary Clinton during the 2016 presidential campaign for routinely conducting State Department business and storing sensitive national security information on a private server whose use and contents she clearly hoped would be forever insulated from public scrutiny. Sure, Brian, Hillary's and Pence's situations are exactly comparable. (That's sarcasm, folks.) 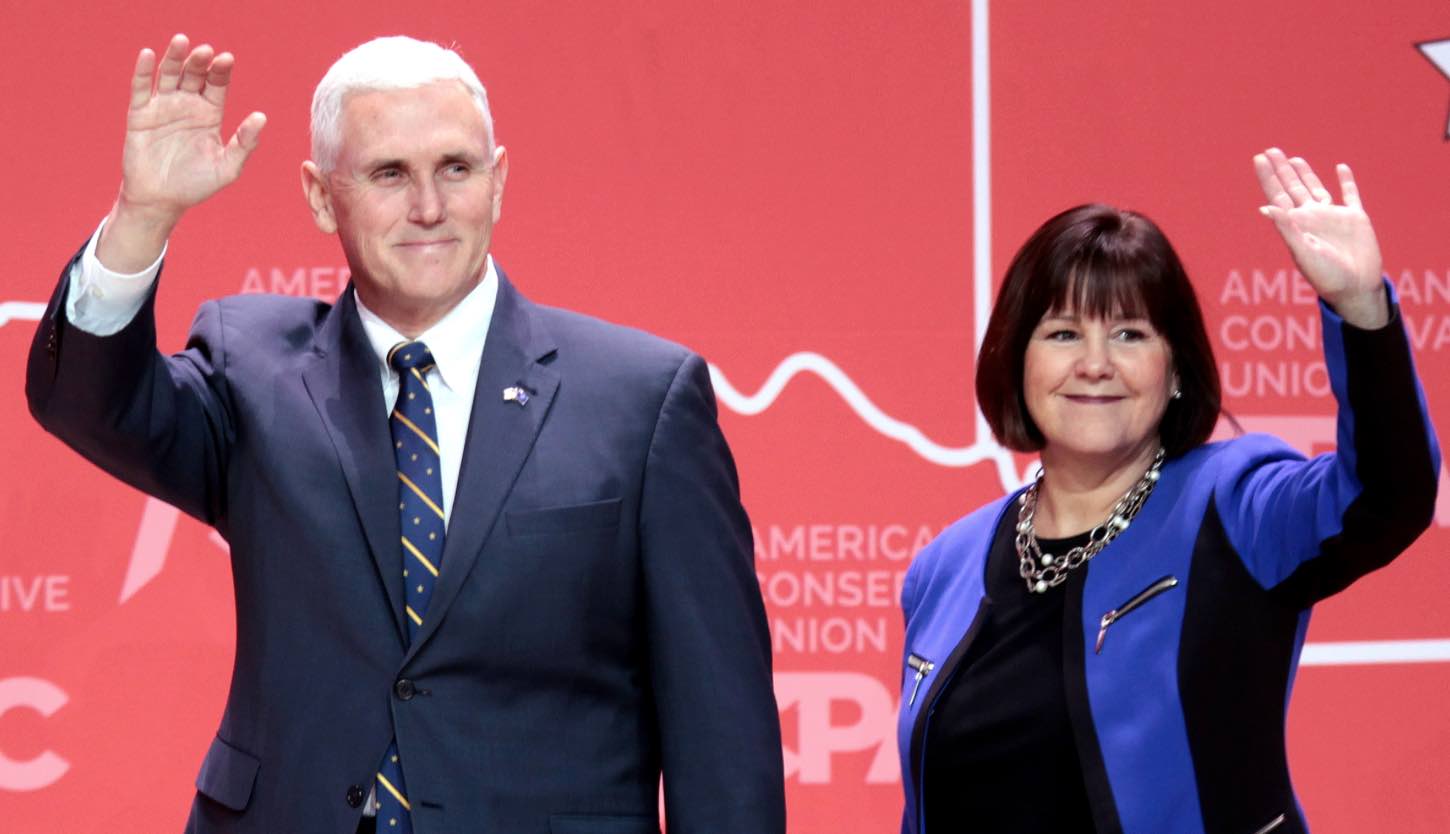 Slodysko mentioned Karen Pence by name only once, claiming that she as well as her husband used an AOL email address to "conduct official business dating back to at least 2013, according to separate records obtained by the AP." Pence became Indiana's Governor in 2013, so emails relating to "official (state) business" can't go back any further than that, Brian.

The First Lady's White House bio indicates that while her husband Mike was Governor, she:

... "traveled throughout Indiana as the state’s official Bicentennial Ambassador."

... "created the Indiana First Lady’s Charitable Foundation ... established with the purpose to encourage and support youth and families of Indiana."

... "brought awareness to many causes by supporting and participating in over 40 initiatives as First Lady of Indiana."

While Karen Pence clearly was engaged in "official business," and Slodysko has a thin thread to justify bringing her name into his report, he certainly had no call to reveal her specific email address. Additionally, his failure to sufficiently describe her activities, which involved promotion and public relations, will leave some readers believing that she too might have had issues with protecting information relating to "homeland security" and other more sensitive official matters, which is nonsense.

The AP's response to Vice President Pence's intense criticism directed at the Associated Press for publishing his wife's specific email address is absolutely and outrageously defiant, and unacceptable:

Mediaite is carrying the letter Pence's counsel sent to AP, in which he told AP the following:

The publication of Mrs. Pence’s active private email address to millions of your readers has subjected her to vitriolic and malicious emails and raised serious security concerns,” Mark Paoletta, Counsel to the Vice President wrote in a letter to the Associated Press. “There was absolutely no reason to publish this private email address, and you should be ashamed of your reprehensible conduct.”

The AP, which at this point appears to be in a permanent wartime footing with anything and everything involving the Trump administration, isn't ashamed of anything. In fact, they appear to be rather proud of themselves.

What the AP's Easton really said in the response cited above is that the wire service is refusing to remove Karen Pence's email address from any stories it has previously published — and it hasn't.

Slodysko's story still has it. A Google Web search (to which I won't link) on the word string containing Mrs. and Mrs. Pence's email addresses returns roughly 150 items, the vast majority of which represent various AP-subscribing outlets carrying Slodysko's story.

A Google News search on that same string (which I also won't link) returns one item, Slodysko's story. But after choosing to "show duplicates," there are 182 listings of Slodysko's story at various outlets. Many of them probably duplicate what was found in the web search, but it's clear that the AP chose to spread Mrs. Pence's private information far and wide, and doesn't for a moment regret having done so.

If the AP's Lauren Easton had been totally honest, she would have added the following items she indirectly communicated to the faux-professional response seen above:

Does anyone for even a millisecond believe that if AP had somehow published First Lady Michelle Obama's email address, that it would have chosen leave it out there permanently, and reacted like thieves celebrating that they got away with it?