At the Washington Post, Catherine Rampell, alarmed by an alleged "police state" on Fifth Avenue in New York City and alleged "costs to commerce and property values," wants to have the city "use eminent domain to seize Trump Tower."

Unfortunately, the President-elect does have a blind spot when it comes to the government taking someone's property and conveying it to someone else for supposed "economic development," but Rampell's arguments for the move are ridiculous, and betray an immature, deep-seated desire for some form of vengeance.

As if to mock her, the web page containing her column, at least when I visited it, also had a one-minute video telling readers that "Tiffany (store) sales are up despite heavy security around Trump Tower":

The video itself doesn't totally support the impression left by its headline. It reports that "the upscale jeweler snapped its eight-quarter string of sales declines," and that its overall profits were up 5 percent. Sales have declined by an unspecified amount at its flagship store near Trump Tower which generates about 10 percent of its overall revenue, but the company says "it sees early signs of improvements in sales trends," apparently there and elsewhere. (Hmm, I wonder why? Maybe it was something that happened on November 8?) Perhaps the chain can tolerate somewhat lower sales in Manhattan if a better economy under Trump improves its big picture.

The only valid point Rampell makes is that the federal government should be compensating the city for extra out-of-pocket security costs it is incurring to protect the area, an amount she claims will be $35 million by Inauguration Day. But there's no reason to believe that a President Trump won't make sure that such reimbursement occurs.

Rampell makes the tortured argument that the City of New York could consider Trump Tower a "blighted" area, in the process demonstrating why the 2005 Kelo v. New London Supreme Court ruling which gave governments "public purpose" power beyond the "public use" power the Founders wrote into the Constitution's Fifth Amendment was so very wrong:

The city doesn’t need to prove that Trump Tower is derelict to declare it “blighted”; the mere fact that it’s hindering traffic, impeding commerce and draining the public fisc could be sufficient. Then officials just need to find some alternate use for the property — perhaps a Hamilton memorial? — that they could reasonably believe better serves the city’s interests.

Of course, the city would have to pay Trump the fair-market value of the property, about $471 million.

Then she predictably descends into virtual vindictiveness. Apparently, she just can't help herself:

If New York wants to cut its costs, however, it could instead place a negative easement on Trump Tower, one that allowed Trump to retain ownership but prevented any presidents or presidents-elect from living there. The city would have to compensate Trump for lost value to the property as a result, but that would likely be small. 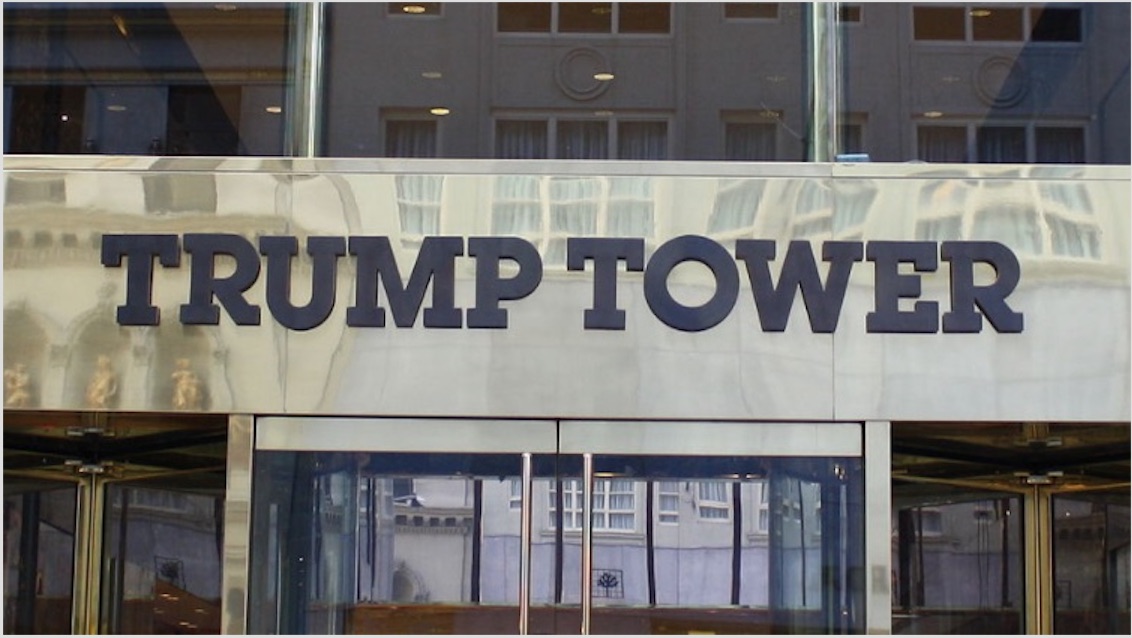 Finally, if the city were especially cheap (and cheeky), it could declare Trump’s active residence in Trump Tower a “public nuisance.”

Lots of liberal elites believe our president-elect is a nuisance. In this case, though, the term has a specific legal meaning: any activity or physical condition that “obstructs, damages or inconveniences the rights of a community.” Crackhouses, brothels, foul smells and blocking of rights of way are common examples. So too might be scuppering one of the world’s top shopping destinations and placing a big ol’ terrorism target on its back.

... The best part about this “public nuisance” strategy (besides its name)? The city could condemn Trump Tower without having to pay Trump “just compensation.” It wouldn’t owe him a dime, in fact.

Yeah sure, Catherine. Let's just kick the guy who won the presidency out of his residence out of spite. Or even "better" (from her perspective), let's just take it from him because it's a "nuisance" and steal something worth $471 million — despite what his developments have done to improve New York City (and other areas worldwide) over a period of decades — just because you don't like his politics.

Only the sorest of sore losers would see any degree of "humor" in this, let alone carry a perverse fantasy of poetic justice.