As I noted yesterday in covering its pathetic hit piece on President-Elect Donald Trump's announced appointments, the Associated Press is high on the list of media outlets most simultaneously outraged and grief-stricken over the presidential election result two weeks ago.

While the AP's Errin Haines Whack betrayed intense anger with Trump's selections thus far, the wire service's Josh Lederman, following lame-duck President Obama around on his last tour of foreign countries, is liberally parsing out pity for Obama and his apparatchiks.

Lederman's lachrymosity is evident in his Monday morning dispatch from Peru:

On the surface, President Barack Obama was cool-headed, cerebral and confident, doling out parting reassurances to world leaders on his final global jaunt. Behind the scenes, his aides and Democrats back at home were a deflated and weary bunch, grimly ending Obama's tenure in a way they never imagined. 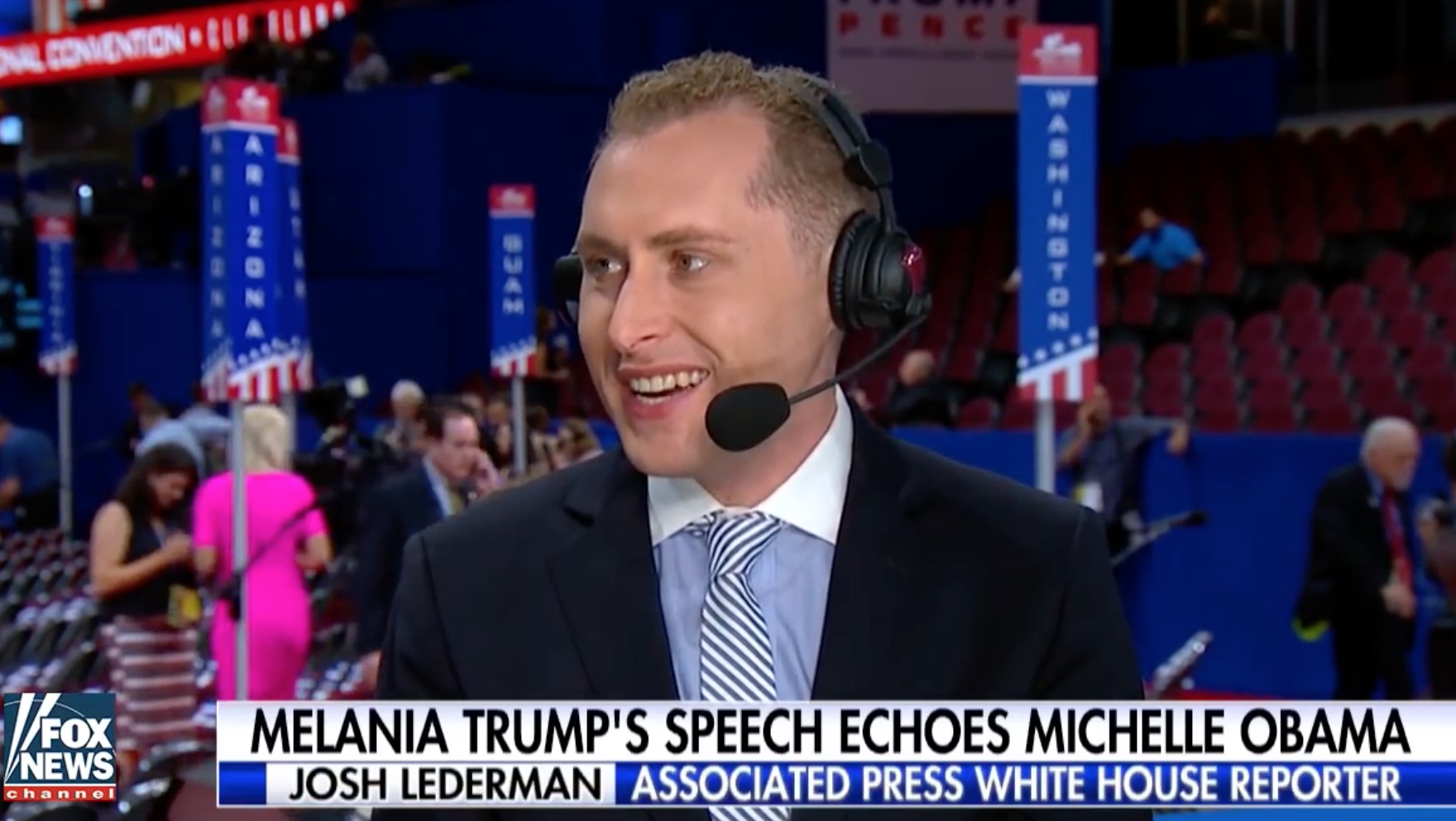 The jarring gap between Obama's public face and the prevailing Democratic sentiment about Donald Trump's election was an unexpected element to Obama's final presidential trip, which included visits to Greece, Germany and Peru. Time after time, Obama opted for optimism over any sense of foreboding, and diplomatic dodges over criticism. The man whose legacy risks being devastated by Trump's election appeared to be the one Democrat who wouldn't publicly fret about its impact.

... The president answered nearly every question about Trump, his new hires and his plan to dismantle Obama's legacy, with a version of the same answer.

"Reality will force him to adjust how he approaches many of these issues," Obama said Sunday as he closed out his trip in Lima. "That's just how this office works."

It was far from clear that other Democrats shared that optimism.

... Taken together, ... (Trump's early cabinet and adviser) selections deflated the hopes in the White House that Trump, faced with the awesome duty of running the nation, might tone it down after the campaign.

Of all the Trump's choices, White House officials said it was the selection of Flynn that felt like the most devastating blow, given the immense authority the national security adviser has over matters of war and peace.

By the time Obama arrived in Peru, the creeping sense of despair among his aides was palpable.

Oh come on. Deal with it, people.

Apparently Obama's peeps are in need of a safe space with coloring books and Play-Doh on Air Force One — and Lederman himself might have to join them to be able to go on.

The AP reporter's later paragraphs go back and discuss Obama's post-Election Day admonition to his aides to "keep their heads up, and go about their work." Lederman claims that "it was the slap in the face needed to be able to focus on a task they never imagined having to perform." Well, if so, the slap's effect has clearly worn off.

Though they should be handling it better, their downbeat mood has ample justification. Obama's aides surely know what Obama won't publicly admit. Breaking nearly a century of precedent, the President chose to inject himself into Hillary Clinton's campaign and to make the election about him, and about continuing and building on his legacy. Trump's victory, though narrow, was nonetheless a firm rejection of that legacy with a clear desire for a change in direction.

Lederman's mood has an additional component.

His colleagues and the AP itself clearly and proactively chose sides in this election, becoming involved in the planning and execution of Hillary Clinton's campaign even before it began. They worked to ensure that Hillary Clinton would achieve a rigged "victory" over Bernie Sanders in her run to the nomination — downplaying several of the Vermont Senator's dominant victories, and even prematurely announcing out of the blue, without any specific justifying development, that Mrs. Clinton had achieved a majority of convention delegates.

The AP has squandered its credibility, perhaps irreparably. While many of us have known of and worked to expose its left-leaning bias for years, what the wire service did during this election cycle has poisoned the entire well of establishment press credibility.

As I noted yesterday, AP's content "is the primary driver of what ends up on most national radio and TV programs." The content it provided during the presidential campaign was so obviously over the top and lacking in accuracy and integrity that even news consumers who weren't on the lookout for it were able to detect the insufferable bias and fact-twisting in AP-fed network and cable broadcasts.

Thanks largely to AP, the nation's primary establishment press gatekeeper, the nation's trust in the media is at an all-time low, and deservedly so. In its post-election conduct, also as noted yesterday, the wire service has made it clear that it is "determined to marginalize and demonize the Democratic Party's opponents — facts, fairness and any potential for genuine national unity be damned."

But thanks to their conduct during the election, the chances that such efforts will work appear to be very low. As Rush Limbaugh said on Monday:

I think what really happened was a majority of people that voted for Trump finally tuned 'em out.  I think people just stopped watching 'em.  I think people stopped reading.  I think they just got fed up and they realized that whatever they were watching did not reflect what they think or the country in which they live, the things they cared about, it just wasn't there.  And I think they just turned it off.  And they found what they wanted within themselves, social media, radio talk shows, wherever they went, they found it elsewhere because it's plentiful out there.

This explains the current freedom-suppressing obsession over "fake news." As I wrote yesterday at my home blog, its purpose is really "is to marginalize and silence center-right outlets."

There are only two ways those who have been turned off will ever give the AP and the establishment press which so depends on it presumptive credibility again. One would be for the wire service and the press to visibly demonstrate a commitment to fairness and balance (or failing that, for the rest of the press to separately demonstrate that commitment by summarily rejecting AP content, something which appears to be logistically and financially impossible). The other would be a successful "fake news" campaign which starves and eliminates the competition.

It's quite obvious which method the AP and its establishment press clients have chosen.