At the Associated Press Monday afternoon, Jim Suhr reported on the dismissal of a "civil rights lawsuit that alleged police used excessive force against protesters in Ferguson (Missouri) after the 2014 police shooting death of Michael Brown." The plaintiffs sought over $40 million from police, police officials, St. Louis County and the city of Ferguson.

Predictably, the plaintiffs will appeal. While anyone reading only Suhr's account might believe that the "protesters" have some basis for a complaint, coverage of the case's dismissal at the St. Louis Post-Dispatch makes it clear that their chances of any success on appeal are (or at least in a sane world should be) very small, That's because the Post-Dispatch reported that two of the three plaintiffs Suhr described with only their side of the story were shown to be lying.

Here is the paragraph in question from Suhr's report (bolds are mine throughout this post):

Plaintiffs in the lawsuit included a clinical social worker who said she and her 17-year-old son were roughed up and arrested after not evacuating a McDonald's quickly enough. Others were a 23-year-old man who said he was shot multiple times with rubber bullets and called racial slurs by police while walking through the protest zone to his mother's home, and a man who said he was arrested for filming the disturbances.

Here is how the Post-Dispatch's Robert Patrick described the situations of the first two of the three persons Suhr identified as well as other incidents where it's quite clear that the plaintiffs were just making things up: 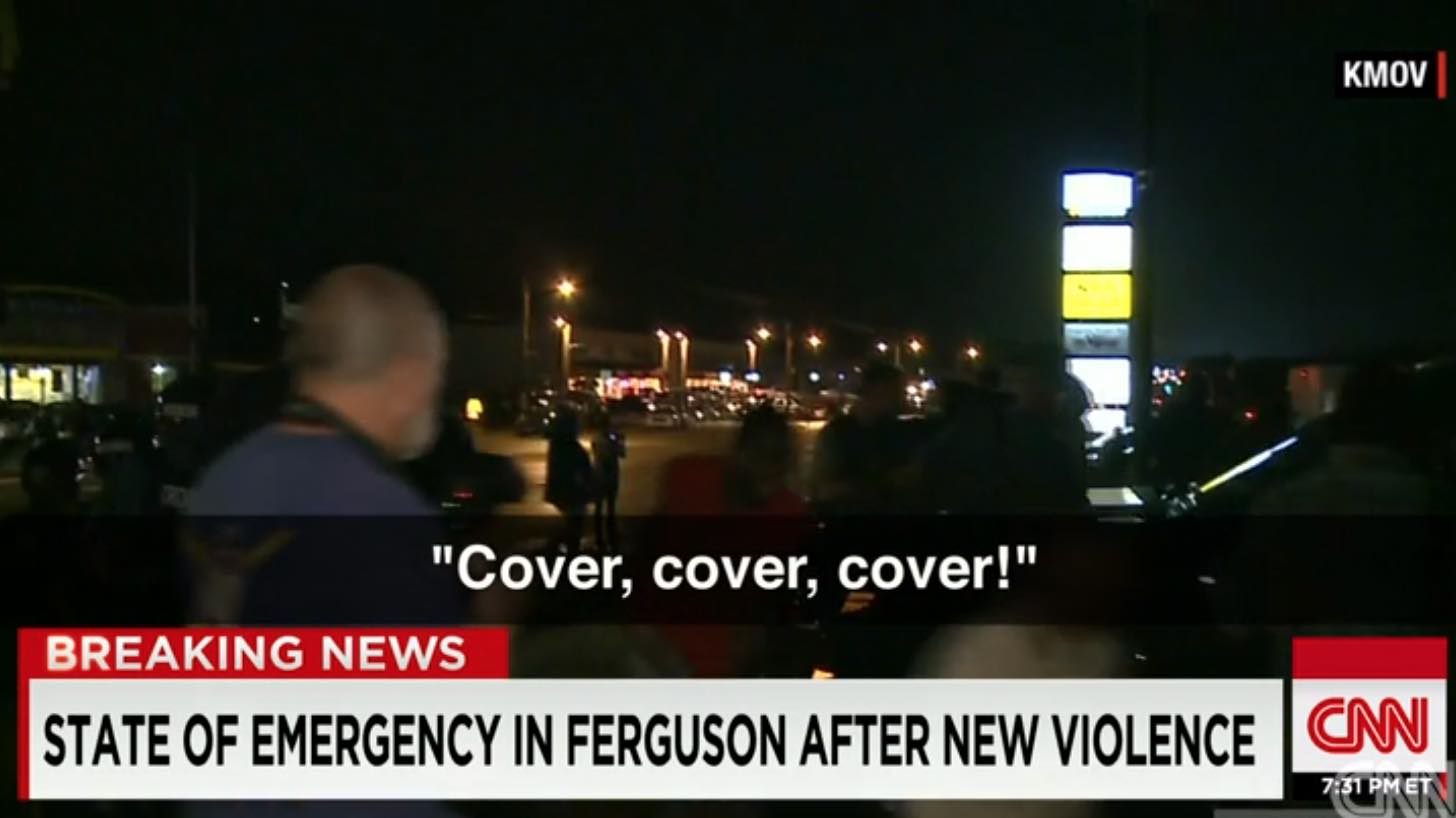 (U.S. District Judge Henry) Autrey ruled that many of the plaintiffs’ claims were not backed up by video evidence or other testimony.

... Tracey White, one of the plaintiffs, had alleged that she and her 17-year-old son were arrested inside of the Ferguson McDonald’s. She claimed officers with rifles rushed in “like something out of a movie.” She claimed that she was thrown to the ground and arrested when she protested the treatment of her son, who she claimed was arrested when she tried to give him the iPad she was carrying.

But videos showed that she was actually arrested a block away. “She agreed that video showed an officer placing hand ties on her, and that she was not on the ground, and that there was no knee in her back,” Autrey wrote. “No racial epithets or slurs were used against Tracey White.”

Another plaintiff, Dwayne A. Matthews Jr., had claimed that he was walking to his mother’s house on Aug. 13 when he was shot with rubber-coated bullets, pepper-sprayed and nearly drowned in a drainage ditch before being beaten before and after he was restrained.

But Autrey wrote that Matthews’ “own statements (to paramedics and hospital staff) belie his position.”

Plaintiffs Damon Coleman and Theophilus Green claimed that they were hit by less-than-lethal projectiles fired by three officers, Autrey found, but were unable to contradict statements by those officers that they were not carrying such equipment that night.

Other plaintiffs were unable to identify the officers that they claimed committed violations, Autrey found, or were not hurt during the encounters.

Patrick did directly identify or address the unnamed person the AP's Suhr described as "arrested for filming the disturbances."

The disinterest of the AP's Suhr in the difference between the plaintiffs' allegations and the reality gives them far more credibility than they deserve. This paragraph from his report also grossly mischaracterized the Black Lives Matter movement:

The death of 18-year-old Brown, who was black and unarmed, by white Ferguson police officer Darren Wilson led to months of sometimes-violent Ferguson protests and became a catalyst for the Black Lives Matter movement, which rebukes police treatment of minorities.

The Black Lives Matter movement does far more than "rebuke" police treatment. Its marching protesters have vocally advocated violence against police officers time and time again. The movement idolizes cop-killers as heroes. It gave away its internationally-based funding roots in mid-August by issuing a "far-left manifesto that strays well beyond police brutality and accuses Israel of 'genocide' and 'apartheid,'" and was cited as an inspiration by Micah Johnson, who killed five police officers in Dallas.

Sadly, Suhr's reporting is all too typical when it comes to frivolous "civil rights" lawsuits and violent far-left activists.