As Final Nail in Fact-Based Coffin Appears, 'Truth' Is Well on Its Way to Deserved Box-Office Oblivion

Truth, the cinematic attempt to make heroes out of the agenda-driven journalists who produced and broadcast the fraudulent 2004 CBS News story about George W. Bush's Texas Air National Guard service, went into wide distribution this past weekend, with utterly disastrous box-office results.

Readers, in between moments savoring the film's apparent descent into oblivion — though it will almost certainly be revived in left-controlled high school and college classrooms for years to come — really should read William Campenni's writeup at the Daily Signal. It puts the final stake in the heart of any attempt by anyone with an ounce of sense to claim that Dan Rather's and Mary Mapes's 60 Minutes report has any remaining credibility whatsoever. After the jump, let's have some fun looking at the movie's weekend attendance figures.

By my reckoning, the typical showing of Truth this weekend had between 8 and 16 paying patrons in attendance.

Here are the steps in that estimate:

So much for Robert Redford's and Cate Blanchett's star power.

Regarding Campenni's Daily Signal essay, for the "TLDR" (Too Long, Didn't read) crowd, hopefully you'll change your mind, because the whole thing is worth every word. But for those who don't, here's his money paragraph (bolds are mine):

Those of us who actually were in the Texas Air Guard quickly pointed out other discrepancies and impossibilities in the memos exclusive of the typos and fonts — a long retired Gen. Staudt; wrong dates for exams; orders to report on a date the base was closed; use of outdated serial numbers; and our personal knowledge of Jerry Killian, his actions, and his behaviors, which conclusively flagged these memos as sick frauds.

Powerline's Scott Johnson had this set of facts to add on Sunday in regards to yet another false element of Truth (bolds are mine): 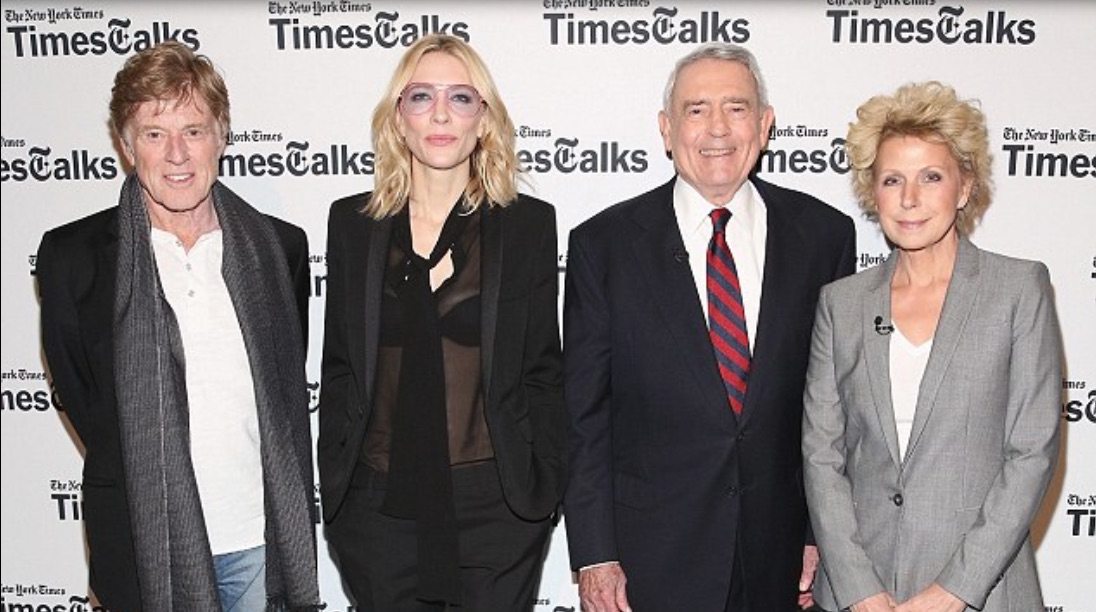 CBS appointed Richard Thornburgh to conduct the investigation. In the film Thornburgh is described inaccurately as a twice-defeated candidate for Congress whose campaign was managed by Karl Rove. The implication is that the investigation will be in the service of Rove’s interests. Karl Rove: he’s bad.

Thornburgh was a former United States Attorney, a former two-term governor of Pennsylvania, and former Attorney General of the United States. It’s an impressive résumé that is elided in the film’s ludicrous description of him.

Thornburgh resigned as Attorney General to run a losing campaign for the United States Senate. Rove conducted direct mail advertising for him in the campaign. With an unpaid bill of nearly $170,000 at the end of the campaign, Rove sued Thornburgh personally on the debt. So if you want a buddy of Karl Rove who can be counted on to do Rove’s bidding, Thornburgh is your man. Obviously.

Though it's possible I'm wrong, as best as I can tell from his Wikipedia entry and a writeup found here, Thornburgh only ran for Congress once — in 1966, almost four decades before Rathergate. Karl Rove was 15 years old at the time of Thornburgh's congressional defeat that year.

For the few Rather-Mapes bitter clingers who might stumble up this post, Johnson's final two sentences are sarcastic.