WashPost Arrives on Twitter Files on Hunter Biden: Not Even Close to a 'Bombshell'! 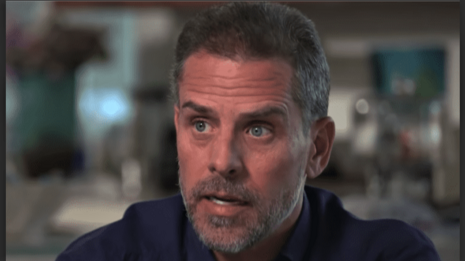 It took The Washington Post about 24 hours to acknowledge Elon Musk releasing the "Twitter files" on how the social-media company suppressed the story of Hunter Biden's laptop in the last weeks of the 2020 campaign.

Their headline on a story by Cat Zakrzewski and Faiz Siddiqui was "Elon Musk’s ‘Twitter Files’ ignite divisions, but haven’t changed minds." Check out the first Cat & Faiz paragraph:

It was billed as a bombshell: Elon Musk, after rifling through his new company’s internal files, would finally expose how Twitter engaged in “free speech suppression” in the critical run up to the 2020 election.

Then they added: "But by the time the dust settled Saturday, even some conservatives were grumbling that it was a dud. Musk’s Twitter Files produced no smoking gun showing that the tech giant had bent to the will of Democrats." As if throwing huge red flags to defend Biden isn't bending to the will of Democrats??? The super-aggressive censorship had the effect of a massive misinformation warning.

The Post duo also turned to Jameel Jaffer, who worked for 14 years at the leftist ACLU:

“I’m not persuaded these are anything close to a bombshell,” said Jameel Jaffer, the director of the Knight First Amendment Institute at Columbia University, in an interview.

Cat also highlighted this as the main point on Twitter:

“I’m not persuaded these are anything close to a bombshell,” @JameelJaffer told me. New story w/ @faizsays about Elon Musk's release of the "Twitter Files": https://t.co/Cno41FwkAp

Faiz highlighted another criticism of Musk in their story, that he was endangering employees by naming them:

Fanboys wondered aloud about Elon Musk's security after the release of the Twitter Files. Meanwhile Twitter staff feared for those in the rank-and-file who were named.
“We’re furious. It’s absolutely abhorrent ... It can get someone killed.”https://t.co/kMTejlRDwo

The Post duo elided the point that Team Biden lied about Joe Biden meeting with Hunter's clients, including Ukrainian ones.

The New York Post story alleged that emails show he gave a Ukrainian executive the “opportunity” to meet the former vice president.

Biden’s campaign at the time and Hunter Biden’s lawyer denied that such a meeting occurred, and the White House has pointed to those previous denials, which The Washington Post has examined in detail. The Post later confirmed the veracity of thousands of emails from the device, citing experts, and used it as a basis to explore other business arrangements that Hunter Biden pursued in China.

At least the story included a quote from Musk on the media coverage:

“Rather than admit they lied to the public they’re trying to pretend this is a nothingburger,” he said. “Shame on them.”