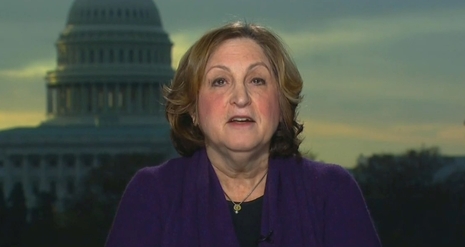 Was this epic shamelessness or remarkable amnesia? (Pick A.)

Washington Post deputy editorial page editor Ruth Marcus penned a piece in the Sunday paper headlined "Confirmation hearings? More like defamation hearings." Online, the headline was "Forget advise and consent. This is smear and degrade." It's like nothing ever happened to Brett Kavanaugh.

Advise and consent has yielded to smear and degrade. The goal is not to illuminate but to tarnish: If a nominee can’t be stopped, at least the other side can inflict some damage on her and the opposition party.

The confirmation hearings just concluded for Supreme Court nominee Ketanji Brown Jackson represented the culmination of a sad trajectory. Nominations and hearings have always had a political component; after all, the Framers assigned the confirmation power to a political branch.

But never has a confirmation hearing been less about law and more about partisan point-scoring and presidential campaign-launching.

It's just as shameless as the Editorial Board at the Post claiming Jackson was "treated worse" than Kavanaugh.

In this case, the words "Brett Kavanaugh" never appeared, as if Marcus didn't have to address the Fake News about teenaged gang rape. In 2018, Marcus took after Kavanaugh for daring to get angry when he was accused of teenage rape. The headline then was "Ford’s testimony was devastating. Kavanaugh’s was volcanic." No "smear and degrade" or tarnish.

Oh no, "the fundamental wisdom of the Constitution’s approach was on display Thursday. Supreme Court nominee Brett M. Kavanaugh was confronted with the witness against him — one of them, anyway — and it was devastating." What a Democrat rag this paper is!

In her latest piece, Marcus chose to go back to Bork:

The 1987 confirmation hearings for Robert H. Bork kicked off the modern judicial wars, and Republicans still seethe over Bork as Democrats’ original sin. “We started down this road of character assassination in the 1980s with Judge Bork’s hearings and senators have been engaged in disgusting theatrics ever since,” said Sen. Ben Sasse (R-Neb.).

I was there, and what actually happened was, to borrow Bork’s famous description of why he wanted to be a justice, an “intellectual feast” — especially in comparison with this past week’s food fight. He was defeated by a vote of 58 to 42, including six Republican senators opposed. (Two Democrats voted to confirm him.)

That wasn’t because Democrats dragged him “into the gutter,” as Sen. Ted Cruz (R-Tex.) complained. Bork defeated Bork all by himself, thanks to his earlier, incendiary writings and then his testimony before the committee. His expressed views were so extreme and so far outside the legal mainstream that his confirmation failed by the largest margin in history.

Marcus is shamelessly skipping over events like Ted Kennedy's smear speech about "Robert Bork's America" going back to segregation, and actor Gregory Peck's mudslinging TV ad for People for the American Way. That was unprecedented in a confirmation process.

Washington Post columnist (former reporter!) Ruth Marcus displayed a bizarre tendency to see the unproven rape charges against Kavanaugh as fair game, but now she says "How low will the GOP go?!" pic.twitter.com/Pkgm5VP4Zf