At the top of their home page, PolitiFact begs for donations by proclaiming "Our only agenda is to publish the truth so you can be an informed participant in democracy." But this "independent fact-checker" routinely betrays a tilt by coming out more aggressively to “correct” rhetorical or factual attacks on Democrats. 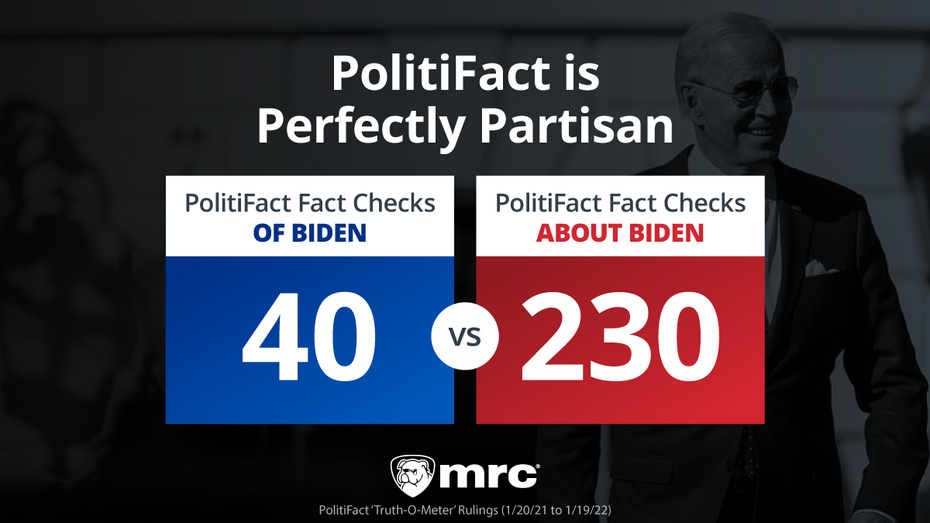 In the last 265 days of Biden’s first year, there were 28 Biden fact checks, and 124 checks of Biden critics, so the disparity was a little more than five to one, as opposed to the eight-to-one ratio of the first 100 days. 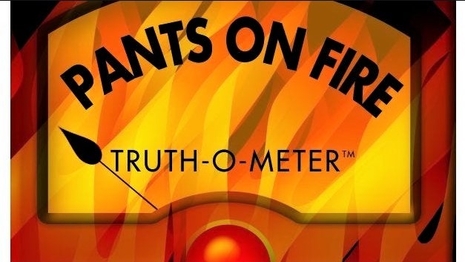 There were zero “Pants on Fire” rulings about President Biden in his first year. He has only six in his entire career since PolitiFact began in 2007. Biden can say the evacuation from Afghanistan was an "extraordinary success", and the Republicans are pushing "Jim Crow on steroids," and there will be no fact checks.

But there were 53 “Pants on Fire” rulings against Biden critics in the first year of his presidency. They included some claims that were so funny they were unlikely to be taken seriously:

– May 3: “Says Kentucky Derby jockey John Velazquez turned down an invitation to the White House and said, ‘if I wanted to see a horse’s ass I would of [sic] came in second.’”

– July 16: “An image shows President Joe Biden touching Olivia Rodrigo’s shoulders during a White House press briefing.” (They hated this sniffing meme so much they even made a video).

-- December 17: “Boy passes Joe Biden a vial of fresh blood to drink on his way back to the White House.”

Many of the fact checks about Biden are about “Facebook Posts,” “Viral Images,” or “Instagram.” Those rulings often translate into content warning flags on social media. The shutdowns of Biden critics don't just happen on PolitiFact, but on Big Tech platforms.

Methodology note: Media Research Center analysts found only 77 fact checks about Biden appeared under PolitiFact’s “Fact Checks About Biden” heading. But PolitiFact lists every “Truth-O-Meter” rating on pages broken down by category, and reviewing those pages brought the total to 230.