Column: Get Back! NPR Finds Racism in the Beatles 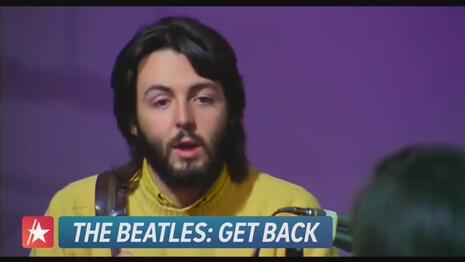 Beatles fans of all ages can flock to Disney Plus for a new documentary called “Get Back” that reassembles footage of John, Paul, George, and Ringo creating music as the band begins to dissolve. NPR used the occasion for guilt-trip clickbait: “How did we get stuck with the idea that four white guys make a rock band?”

NPR music critic Ann Powers uncorked a long, unforgiving treatise on how it doesn’t matter that the Beatles were progressive and loved black music, they were still somehow part of making rock music white and exclusionary: “rock's defining narrative still stands alongside others that reflect the historic segregation of Anglo-American social spheres.”

The Beatles and the Rolling Stones wouldn’t play segregated venues and paid tribute to black musicians who inspired them. But Powers wrote “as they became rock's norm, they allowed white fans to enjoy what the late great music writer Greg Tate identified as a pasteurized form of Black culture.” Tate called it “everything but the burden."

They “allowed white fans” to eat a Velveeta cheese of black music. So much of this racialized criticism thrives on a vivid imagination of “allowance” and thievery.

Even the new Beatles documentary supposedly demonstrates systemic racism. Powers writes that while black musician Questlove’s documentary on the 1969 Harlem Cultural Festival “felt like a newly uncovered landmark in the recentered cultural world emerging in step with the Movement for Black Lives. The other, wonderfully intimate and revealing as it is, reasserts familiar hierarchies.”

NPR is reasserting its familiar ideology. This is where many readers would check out after a few hectoring paragraphs. Can’t you just love the Beatles without feeling like you’re reinforcing an “informally segregated sphere”?

This is not how people listen to music, any more than people only limit themselves to one ethnicity of food. The alleged racism here is about definitions: what is rock, what is pop, what is rhythm and blues. This artificially sets up the genre of “rock” to be a white, male preserve because many of its stars are white men.

But the “familiar hierarchy” of white people also loved the Motown sound, and embraced its virtuoso black performers and innovators like Stevie Wonder. You can love rock, jazz, country, and classical. You can have them all on your playlist. 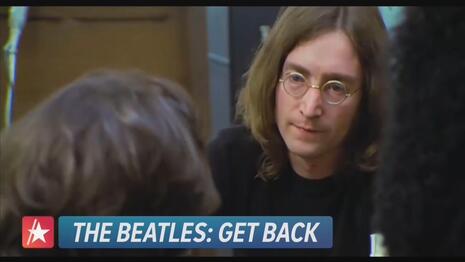 Powers wants to pretend we’re still living in 1965. She cited an “infamous” cover story in Time magazine on “The Sound of the Sixties” that proclaimed: "The Beatles made rock'n'roll fun again….The Beatles also made it all right to be white again."

Time’s writer wasn’t spewing racism. Powers left out the next sentence, which suggests whites are culturally inferior, quoting French critic Frank Tenot: "Since the downfall of the Viennese waltz, nothing in popular music, and particularly dance, has known any success unless associated with one or another of the rhythmic discoveries of the Negro."

NPR’s point here is to keep white men perennially confessional about their “privilege.” Powers started with rock buddies Paul McCartney and Dave Grohl of the Foo Fighters being “band guys,” then added that term was problematic. “In 2021 it's as common for women, trans and nonbinary people to jump into rock's timestream as it is for men. Yet something continues to infuse the rock mythos with the sweaty-socks scent of conventional, if boyish, masculinity. Whiteness, too.”

What’s exhausting here is taxpayers still have to fork over their money to NPR to “infuse the news mythos” with the arrogant odor of cultural guilt-tripping. “Public radio” is at war with half the “public” it supposedly informs. It’s long past time to pull the funding plug.