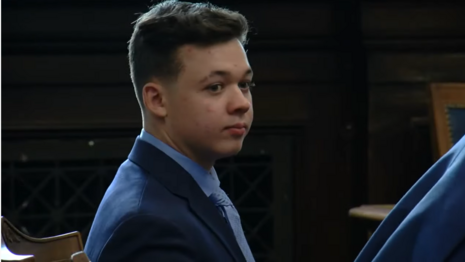 Newspapers across America use Washington dispatches from the Associated Press on their front pages. But sometimes those AP articles are badly disguised press releases for Bidenites (like that rising star Pete Buttigieg) or worried pieces of sociology about Kyle Rittenhouse representing "gun culture."

Reporters Hope Yen, Tom Beaumont, and Josh Boak touted Transportation Secretary Buttigieg as his "star rises" with the trillion-dollar infrastructure bill. They tout his advocacy for "racial equity" in road construction as "an issue where Democratic priorities and Buttigieg’s future align." Republicans "pounced," but he did not "engage" them in their mockery.

Sara Burnett began a Rittenhouse trial analysis with a balanced appraisal of both sides. But the last six paragraphs devolved into left-wing blasts about gun enthusiasts wanting their "Warmonger" weapons, and "gun safety" lobbyists warning Rittenhouse is moving the "window" of what's acceptable.

We also explore AP coverage of Steve Bannon's "criminal contempt" charges and a promotion of Biden's planned subsidies for local news outlets. Listen to the podcast below or wherever you enjoy your podcasts. We appreciate your attention!