Column: The Democrats Lose, Claim They Have No Media Support! 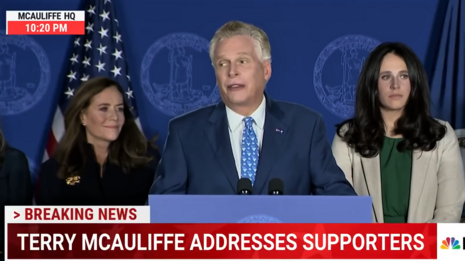 The terrible election results for Democrats are going to lead to some terrible conclusions. One might be the assumption that these bad results reflect a media that’s too hostile to the Democrats.

Greg Sargent of The Washington Post tweeted this lame summary from former Obama aide Dan Pfeiffer: “Republicans have a massive communications advantage...[Glenn] Youngkin used the right-wing media to communicate his MAGA credentials to the base without offending Independents and Trump-skeptical Republicans.”

When Democrats lose, they say crazy things. Pfeiffer is saying with a straight face that Republicans have “created a powerful, self-serving media infrastructure,” and apparently the Democrats have nothing resembling a Democrat media.

The night after the election results, I was pleased to be invited to join the Paley Center’s Media Impact panel on Zoom to discuss media coverage of the Biden White House. We began with the notion that no politician ever thinks the press is fair to them. This is true, but is largely meaningless. Republicans expect aggressive unfairness. Democrats expect cheerful compliance.

Mollie Hemingway of The Federalist announced that the press under Biden had transformed from “cartoonish hostility to gentle sycophancy.” That’s quite right. I said it changed from “frenzied resistance” to “assistance.” The media have reverted to Helper mode. Under Trump, they were dedicated to exposing the rot. Under Biden, they are dedicated to explaining the plans.

Former Trump press secretary (and author and Newsmax host) Sean Spicer ably explained that the media have crossed a line from telling stories with facts to offering their incessant opinions and analysis. He said  the difference in reporter tone between a Spicer briefing and a Jen Psaki briefing is “embarrassing,” and the difference is “not debatable.” Under Trump, “it was advocating why he was wrong, and under Biden, it was why he was right.”

New York Times opinion editor Patrick Healy bizarrely denied there had been a “reset” in the media’s orientation under Biden. He even denied Biden had a traditional honeymoon period with the press, that instead there was a continuation of aggressive coverage because of the January 6 riot. There was intense coverage of violent Trump fans and Trump’s election denials, but not of President Biden.

But then Healy claimed something I could not abide, that no national media organization today “can really survive....if you’re not telling the story in a good-faith way on people of both sides.”

In reality, the Times and The Washington Post paraded about in the Trump years telling bad-faith stories about Republicans, under pompous slogans like “The truth is more important than ever” (the Times) and “Democracy dies in darkness” (the Post). I said they quite obviously sought to build an anti-Trump subscriber base. I said “I don’t think anybody believes that The Washington Post and The New York Times are here to represent all of us.” 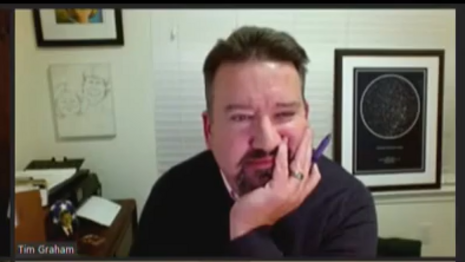 Healy shot back: “Tim, what do you have against democracy? What do you have against truth? I don’t understand you,” and then he smiled. The point he was missing, probably on purpose, was that these slogans announced “We are democracy and truth. You Republicans are dictatorship and lies!” Humility is not in their marketing plan.

At the end, we were asked how the press could improve its approach. Conservatives hesitate at the notion that the liberal media would truly seek to build trust if it means an attempt to give more of a fair shake and equal time to the (evil) Republicans. They are committed to making the world “a better place” by their lights, and sticking to the Lester Holt mantra that “Fairness is overrated."