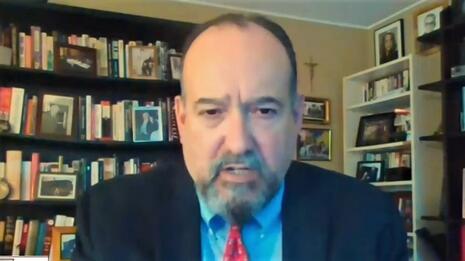 In the latest NewsBusters Podcast, we discuss Black Lives Matter and the media with Heritage Foundation senior fellow Mike Gonzalez, who has written the hot new book BLM: The Making of a New Marxist Revolution. Our media downplay BLM's radicalism, their calls for an end to police and even the nuclear family.

Back in May, Gonzalez appeared in an NPR story on Black Lives Matter, where BLM co-founder Patrisse Cullors tried to suggest she was a Marxist, but not a communist? At least they balanced this out with Gonzalez.

We also discuss how Amazon clumsily spiked ads for the book under their "Creative Acceptance Policies." When pressed for comment, Amazon backed off and apologized.

First up, we have a few words on the news that CNN host Chris Cuomo apologized in 2005 for grabbing the rear end of Shelley Ross, a former boss of his at ABC News. Now, it makes even more sense that Chris would encourage his brother Andrew in a fight against sexual harassment allegations, since he had at least one hanging over him.