In the Trump years, reporters loved quoting anonymous White House sources on Donald Trump losing his temper. Now, a version of that story on Biden’s “short fuse,” complete with yelling often at aides with profanity has emerged in Saturday’s New York Times…but they try to sell it as a positive. 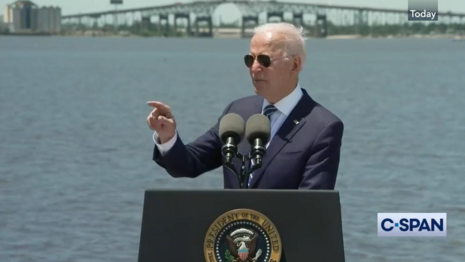 Reporters Michael Shear, Katie Rogers and Annie Karni paint “a portrait of a president with a short fuse, who is obsessed with getting the details right — sometimes to a fault, including when he angered allies and adversaries alike by repeatedly delaying a decision on whether to allow more refugees into the United States.”

Avoiding Mr. Biden’s ire during one of his decision-making seminars means not only going beyond the vague talking points that he will reject, but also steering clear of responses laced with acronyms or too much policy minutiae, which will prompt an outburst of frustration, often laced with profanity.

They insist Biden “never erupts into fits of rage the way President Donald J. Trump did.”  He can’t make up his mind even after hours and days of briefings, but hey, he’s like Socrates: “some in the West Wing refer to as his Socratic ‘journey’ before arriving at a conclusion.” (Extra points for that suck-up spin.)

Biden is feeling the pressure under the reigning conventional wisdom that the president’s party loses seats in the midterms, so his window for “bold” socialist action is closing fast.

“Mr. Biden is gripped by a sense of urgency that leaves him prone to flares of impatience, according to numerous people who regularly interact with him,” the Times trio wrote. “The president has said he expects to run for a second term, but aides say he understands the effect on his ability to advance his agenda if Republicans regain power in Congress next year.”

So sometimes he loses it: “Three people who work closely with him said he even occasionally hangs up the phone on someone who he thinks is wasting his time. Most described Mr. Biden as having little patience for advisers who cannot field his many questions.”

This is the same guy who didn’t support the raid to get Osama bin Laden. Imagine how long that could have taken if Biden had the top job back then.

Strangely, these reporters imply Biden is superior to Trump because he skips the cable news...contributing to CNN's bad ratings.

One item not on the daily agenda?

Watching hours of cable news. The television that Mr. Trump installed in the dining room next to the Oval Office is still there, but aides say it is rarely on during the day.

All this could certainly explain why Team Biden wants to keep him away from avoiding press conferences. There’s not only his gaffe problem, there’s his “short fuse.” No "profanity-laced" tirades for reporters!