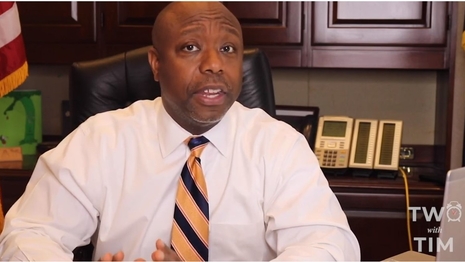 On Thursday, Republicans announced that Sen. Tim Scott of South Carolina would offer the GOP response to President Biden’s address to Congress (a State of the Union-like speech). By Friday morning, The Washington Post “Fact Checker” jumped into investigating Senator Scott’s story about his grandfather. Conservative Twitter had a field day with this.

The timing here seems exquisitely and explicitly political. But it seems like the Post has been digging around in this for some time. Kessler took this on:

My grandfather “suffered the indignity of being forced out of school as a third-grader to pick cotton, and never learned to read or write. … Our family went from cotton to Congress in one lifetime.”

Why didn't Kessler do this during the convention last year? Too many Trumps to evaluate? Kessler told NewsBusters:

You may find this hard to believe but the timing of the story is coincidental. I first contacted Scott's staff on March 26, providing with all of the documents I collected and the questions i had collected. I was led to believe I would have an interview with Sen. Scott, which I really wanted because I thought he might fill in gaps or provide additional context.

About a week ago, I told them I was getting to point of writing a final version and really wanted to talk to him because the goal was to publish sometime in the next week. On Thursday morning, they informed him he was too busy. The story was moved to copy desk before it was announced he would provide the GOP response. Just a strange coincidence.

Scott separately has acknowledged that his great-great-grandfather, Lawrence Ware, once owned 900 acres in South Carolina.

Census records are released 72 years after they are collected. So we dug into the South Carolina census records that are available between 1870 and 1940 — the 1890 census was lost in a fire and we could not locate relevant 1900 records — to close this gap in Scott’s narrative....

Census records said Artis attended school through fourth grade. The primary question is how many Pinocchios did Kessler assign? The answer is None. He concluded:

Scott’s “cotton to Congress” line is missing some nuance, but we are not going to rate his statements. To some extent, Scott may be relying on the memories of his grandfather, not a detailed examination of records.

Scott tells a tidy story packaged for political consumption, but a close look shows how some of his family’s early and improbable success gets flattened and written out of his biography. 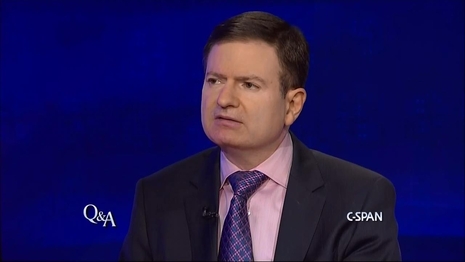 The most demonstrable proof of media bias is bias by story selection. When Kessler evaluated Elizabeth Warren's DNA test, he evaluated quotes by Trump and the RNC, and barely made it about Warren. He wrote "Warren’s Native American DNA, as identified in the test, may not be large, but it’s wrong to say it’s as little as 1/1024th or that it’s less than the average European American."

On Warren, Kessler told us "We have given Warren Four Pinocchios on many occasions. I can't remember the exact circumstances of Warren and her 'heritage' -- it may have started as a vetting of a Scott Brown claim? In retrospect, probably not the best way to do it. But you can't go back in time."

He gave only Two Pinocchios to Hillary Clinton's preposterous story about trying to join the Marines. The Post was notoriously uninterested in how Barack Obama fictionalized his life story, even as their own editor exposed it in a book.

For Twitter users, this became a story about Kessler's own background, from a very wealthy Dutch family that founded Royal Dutch Shell. He battled claims his relatives supported Hitler, rebutting that his grandfather was imprisoned by the Nazis. Get a breakdown on Twitchy here, and here.

It’s quite a choice to publish this when

A) your conclusion is that everything he said.. is true

C) most will see the tweets/headline in front of the paywall and think you’re suggesting Scott’s lying https://t.co/lAMy1uMSle