Remember when FLOTUS Melania Trump was mocked by celebrities and the media because she spoke five languages and had an accent?!?!

Imagine President Trump saying "pwod-way." Oh the covfefe it would get!

Naturally, this gaffe didn't make the "news" networks overnight. Instead, MSNBC's Last Word with Lawrence O'Donnell ran a clip showing a more flattering portrait in pandering as he set up an interview with Chavez colleague Dolores Huerta.

JILL BIDEN: As president, Joe is fighting for those who often go unseen. He believes that our work must be guided by justice and humanity and that's exactly the kind of immigration policy he's working to build one that treats children and families with dignity...

There was no "fact check" on how that's working out.

This was a scoop from CBS producer Bo Erickson. Apparently, there was a long negotiation, and it's reported Mrs. Biden didn't want there to be any fuss about her current title, she wanted to be just an English teacher.

Morning host Gayle King said they were skeptical this would happen while she was First Lady, but "It's no secret how much she loves teaching. We know that."

PS: Googling for Jill Biden and "si se puede" gets you this MSN.com article presenting a glowing report from Fox 58 Bakersfield in which local anchor David Levine claims (without the clip) that the First Lady said "Si se puede." 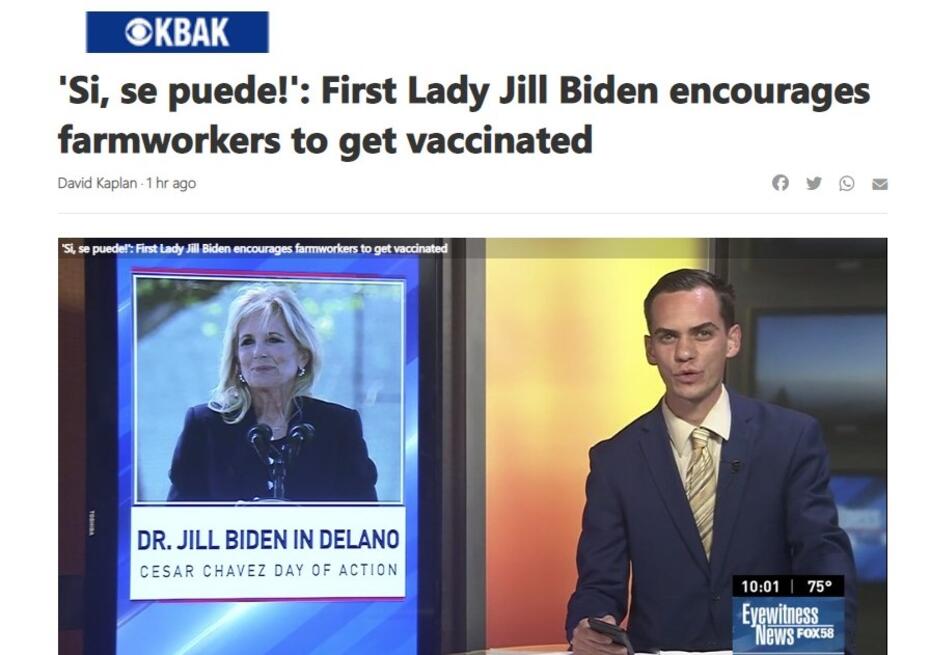