The current Big Tech rush to take down and ban accounts or deplatform entire websites that they believe in some way caused the horrible rioting at the Capitol is based on fear – that the Biden inauguration will devolve into another riot. Or that there will be riots at state capitols.

Social-media sites like Twitter are only focused on Trump and his millions of devoted fans. They don’t seem to focus on violent thoughts on the Left, most prominently the Hollywood Left. Apparently, their violent thoughts are never plausibly dangerous. No one might ever be incited by them. 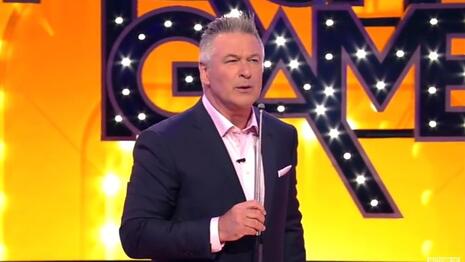 One very easy example is the actor (and Trump impersonator) Alec Baldwin, who tweeted the night of the rioting:

“Put Ted Cruz in the stocks and throw rotten fruit and buckets of horse piss at him. Then ride him on a rail. Then tar and feather him. And film it. For Netflix.”

That tweet is still available. Freedom of speech is untrammeled for Tinseltown. Alec Baldwin can always claim he was joking.

“Who arrests Trump if he refuses to concede? Who drags him out? Pepper spray? Cuffs? A knee on his neck, cutting off his oxygen? Does he wheeze ‘I can’t breathe.’ Just whale away on him like a piñata? Rodney King style? The thug who has destroyed the country. What does he deserve?”

Baldwin also claimed he was “joking” in 1998 on the Conan O’Brien show as the Clinton impeachment proceedings were underway. Let’s recall exactly what Baldwin yelled about the House Republicans working to impeach the president:

Did that feel like a “joke” to Hyde? Or the other Republican impeachment managers in the House? Did their wives and children feel safe?

When Kathy Griffin was dismissed by CNN in 2017 for tweeting a picture of herself with a replica of Trump’s severed head, Baldwin tweeted to her about this: “No one walked out of the studio and said, 'No, we're serious!' No one. But all your gutless weasels in the GOP insisted I actually threatened Hyde. They played the victim beautifully."

Nothing happened then. How we wish nothing had happened on January 6

Baldwin has a bad habit of indulging his violent fantasies for all to see. On the Fourth of July in 2006, he took to The Huffington Post to advance his double-murder fantasy, by hurling the corpse of Osama bin Laden over a balcony onto then-Vice President Dick Cheney standing below.

“Osama struggles, swearing at me in his native tongue, until I jam the box cutter into his neck. I do it again,” Baldwin boasts. “I gather up the body of the world’s most notorious terrorist and hurl it over the balcony. Then, in the final stroke of luck, bin Laden lands on Dick Cheney.”

As members of Trump’s Cabinet resigned in disgust at the riots, Baldwin retweeted actor Michael McKean, who also had a stint on “Saturday Night Live.” It said: “If this were Japan, there'd be a lot of seppuku instead of these chickenshit resignations.” In other words, suicide by slitting your own stomach.