Leftist actor and game-show host Alec Baldwin is coming to the defense of Kathy Griffin and her beheaded-Trump stunt. ABC airs Baldwin's Match Game with no objections to Baldwin's mockery of Trump on Saturday Night Live. Entertainment Tonight summarized the tweets at the @AlecBaldwin account: 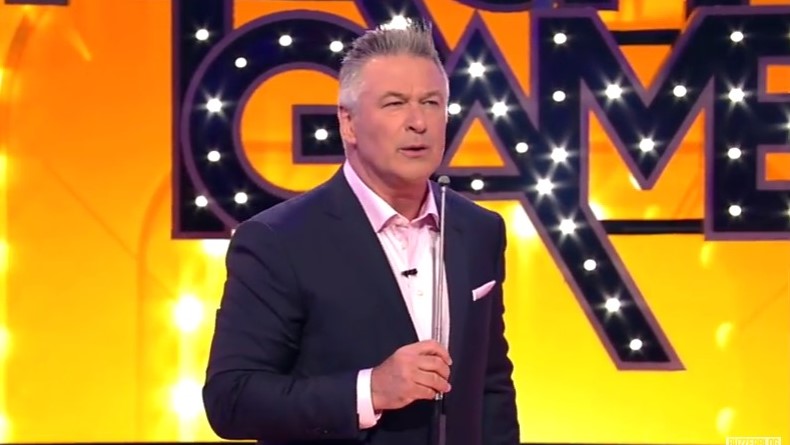 "Kathy....baby...I've been there," Baldwin wrote before referencing his own political drama in 1998, when he joked about then-Representative Henry Hyde on [NBC's] Late Night with Conan O'Brien.

"The whole Henry Hyde thing w Conan, where we bring out an oxygen mask at the end? A joke," he recalled. "That's what I thought. That's what we intended. No one walked out of the studio and said, 'No, we're serious!' No one. But all your gutless, weasels in the GOP insisted I actually threatened Hyde. They played the victim beautifully."

"Kathy...f**k them. F**k them all. No 1 believes u meant 2 threaten Trump. Trump is such a senile idiot, all he has is Twitter fights," he continued. "Ignore him. Like all the leaders of the other countries in the world. Ignore him."

So many people won't remember Baldwin's "joking" about Hyde. Let's revisit his screaming on December 11, 1998 and see if it comes across as "funny." [Congressman Hyde died in 2007.] Notice how Baldwin's "the world is laughing at us" sounds awfully Trumpy. Our transcript:

ALEC BALDWIN: I was in Africa. I go to Africa. I mean ladies and gentlemen I am in Africa. For three months I am in the bush and I come back. I come back here and I come back to what? I mean what is happening right now as we speak? Right now the Judiciary Committee, the President has an approval rating of 68 percent. The President is very popular and things are going pretty good and they are voting to impeach the President. They voted on one article of impeachment already.

I come back from Africa to stained dresses and cigars and this and impeachment. I am thinking to myself in other countries they are laughing at us 24 hours a day and I’m thinking to myself if we were in other countries, we would all right now, all of us together, [starts to shout] all of us together would go down to Washington and we would stone Henry Hyde to death! We would stone him to death! [crowd cheers] Wait! Shut up! Shut up! No shut up! I’m not finished. We would stone Henry Hyde to death and we would go to their homes and we’d kill their wives and their children. We would kill their families! [stands up screaming] What is happening in this country? What is happening? UGHHH UGHHH!!!!”

It was Howard Dean, before Howard Dean. At the time, Brent Baker reported Baldwin had complained on CNBC that the Republicans were seeking "election nullification" of the voters in 1996. (Sound familiar, Alec?) Baker concluded: "Now, in your mind substitute the name Al Gore or Hillary Clinton for Henry Hyde and the name of a conservative for Baldwin. What kind of reaction would the media establishment be expressing?"

Later, on the actor's @ABFoundation Twitter page, he went on another rant, including a whack at Sean Hannity: 'If some performer dressed as Trump had Hillary or Obama's severed head in their act, Hannity would ask them to cohost." 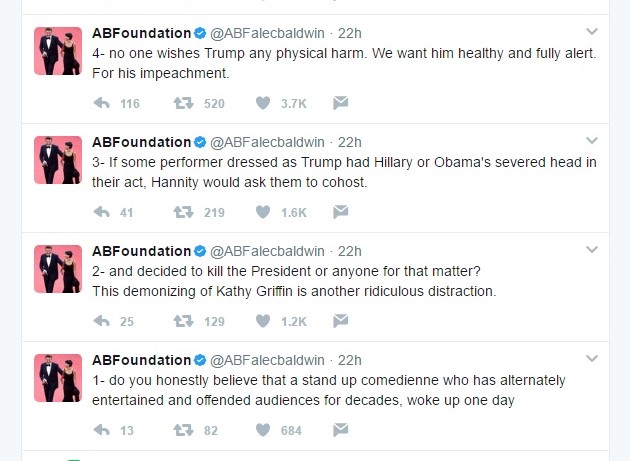