First the Biden-Harris gush arrived in NBC's Time "Person of the Year" special. But it continued in the print edition, in the cover story by Charlotte Alter. Charlotte, whose dad Jonathan has a new book selling the virtues of President Carter, lays on the Democrat praise thick: 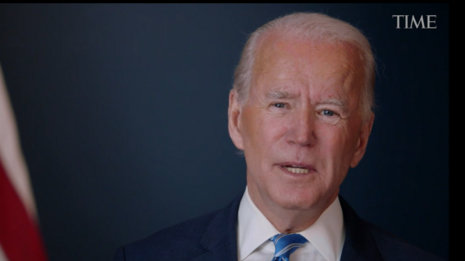 As Biden sees it, trusting his instincts and tuning out the naysayers is a big reason why he’s going to be the next Commander in Chief. They said he was too old, too unsteady, too boring. That his pledge to restore the “soul of the nation” felt like antiquated hokum at a moment when Hurricane Trump was tearing through America, ripping through institutions, chewing up norms and spitting them out.

“I got widely criticized,” Biden recalls, for “saying that we had to not greet Trump with a clenched fist but with more of an open hand. That we weren’t going to respond to hate with hate.” To him, it wasn’t about fighting Trump with righteous vengeance, or probing any deeper rot that might have contributed to his ascent. Biden believed most voters simply wanted reconciliation after four years of combat, that they craved decency, dignity, experience and competence. “What I got most criticized for was, I said we had to unite America,” he says. “I never came off that message.”

Telling blacks who didn't vote for him "weren't black" isn't unifying and reconciling. But the unity and decency is a pose, not an approaching reality. 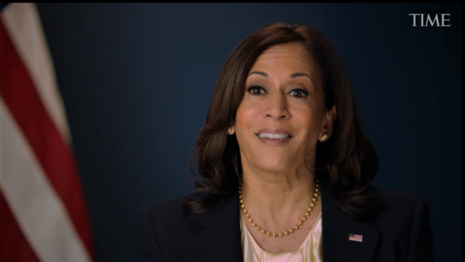 Biden was perhaps the only Democratic candidate who could claw back some of the party’s lost ground with the culturally conservative white voters who dominate the swing states of the Rust Belt. Harris, meanwhile, brought a cultural competency that attracted the next generation of Democrats, right down to her footwear. When she stepped out of a plane in Chuck Taylor sneakers, many voters saw a politician who had literally walked miles in their shoes.

….All new Presidents inherit messes from their predecessors, but Biden is the first to have to think about literally decontaminating the White House. Combatting the pandemic is only the start of the challenge, at home and abroad. There are alliances to rebuild, a stimulus package to pass, a government to staff. Biden’s advisers are preparing a slew of Executive Orders: restoring the Deferred Action for Childhood Arrivals immigration program, rejoining the Paris Agreement, reversing the so-called Muslim ban and more. Biden’s “Build Back Better” plan aims to revitalize the virus-wracked economy—which some analysts say is unlikely to fully recover until 2023—by investing in infrastructure, education and childcare. “I think if my plan is able to be implemented,” Biden says, “it’s gonna go down as one of the most progressive Administrations in American history.”

Meanwhile, Trump was a monster:

Defeating the Minotaur was one thing; finding the way out of the labyrinth is another....

Given the scale and array of America’s problems, the question may not be whether this team can solve them but whether anyone could. U.S. politics has become a hellscape of intractable polarization, plagued by disinformation and mass delusion. Polling shows three-quarters of Trump voters wrongly believe the election was tainted by fraud. After four years of a White House that acted as a celebrity-driven rage machine, it seems naive to think of the presidency as an engine of progress.

We noted Alter went to the flyover states and found the voters were idiots. She tweeted: “You think voter logic is like: A > B > C >D,” but “In actuality, voter logic is more like: A > Purple > Banana > 18".