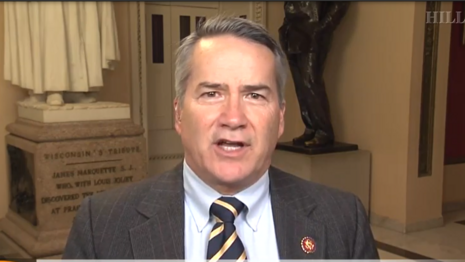 One of the most annoying habits at PolitiFact is the tendency to treat standard political rhetoric as some kind of falsehood. Take Congressman Jody Hice (R-Georgia), who tweeted on November 12 about the Democrats, "If they truly wanted unity, they wouldn’t have spent 4 years refusing to acknowledge Trump’s 2016 victory."

Anyone who watches politics knows Hice's meaning. Democrats perpetually suggested Donald Trump won the election through collusion with a foreign power, the Russians. The cloud of a criminal collusion hung over most of his presidency, and then transformed into an impeachment crusade based on communications he had with the government of Ukraine. In short, Democrats (and their media allies) seemed dedicated to ending the Trump presidency before it even got started.

PolitiFact contributing writer Hayat Norimine nods to these Republican points, but returns right back around to the plainest possible reading: Hillary Clinton conceded, DNC chair Donna Brazile congratulated him, Barack Obama welcomed him into the White House. She wrote up Hice as "False." She concluded:

While there were some dissident voices that questioned the legitimacy of Trump’s election, top Democrats acknowledged Trump’s win and referred to him as the president-elect less than a day after election results became clear. Those leaders included Clinton, Obama, Democratic leaders in Congress and the DNC.

Trump and his supporters have claimed that the investigation into Russian involvement in the election and the 2019 impeachment represented Democrats’ refusal to accept the 2016 election result. The conclusion that Russia interfered in the election was supported by law enforcement, intelligence agencies and a bipartisan Senate panel, not just Democrats. And the impeachment was a response to a whistleblower’s complaint about alleged wrongdoing.

Hice goes too far in his claim that Democrats spent four years refusing to acknowledge Trump's victory, and provides no evidence for it.

We rate this claim False.

Just other liberals, PolitiFact tries to confuse charges of Russian collusion with "Russian interference." PolitiFact's 2017 "Lie of the Year" pulled the same trick. In an interview, Trump told NBC anchorman Lester Holt "This Russian thing, with Trump and Russia is a made-up story." They claimed Trump was denying Russian interference, not denying collusion.

They can uncharitably parse vague Republican rhetoric as "False," and then go completely limp on Democrat rhetoric. For example, also in Georgia, PolitiFact and the other "independent fact-checkers" have never pulled Stacey Abrams over for a "False" ticket for claiming she actually won her race for governor in 2018.