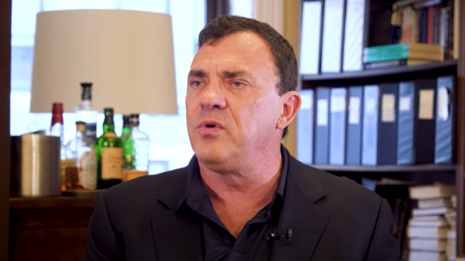 Glenn Reynolds, the creator of the popular Instapundit blog, has a weekly column in USA Today. But the day after the national newspaper -- most familiar as your morning paper in many hotels -- made a big show out of endorsing Joe Biden for President, Reynolds announced the paper didn't want his latest column....on Hunter Biden:

SO USA TODAY DIDN’T WANT TO RUN MY HUNTER BIDEN COLUMN THIS WEEK. My regular editor is on vacation, and I guess everyone else was afraid to touch it. So I’m sending them another column next week, and just publishing this one here. Enjoy!

He posted the whole thing on Instapundit, untouched by editors. He began the piece on Big Tech getting burned:

In my 2019 book, The Social Media Upheaval, I warned that the Big Tech companies — especially social media giants like Facebook and Twitter — had grown into powerful monopolists, who were using their power over the national conversation to not only sell ads, but also to promote a political agenda. That was pretty obvious last year, but it was even more obvious last week, when Facebook and Twitter tried to black out the New York Post’s blockbuster report about emails found on a laptop abandoned by Democratic presidential candidate Joe Biden’s son Hunter.

The emails, some of which have been confirmed as genuine with their recipients, show substantial evidence that Hunter Biden used his position as Vice President Joe Biden’s son to extract substantial payments from “clients” in other countries. There are also photos of Hunter with a crack pipe, and engaging in various other unsavory activities. And they demolished the elder Biden’s claim that he never discussed business with his son.

But the way you debate whether a story is accurate or not is by debating. (In the case of the Rather memos, it turned out the font was from Microsoft Word, which of course didn’t exist back during the Vietnam War era.) Big Tech could have tried an approach that fostered such a debate. But instead of debate, they went for a blackout: Both services actually blocked links to the New York Post story. That’s right: They blocked readers from discussing a major news story by a major paper, one so old that it was founded by none other than Alexander Hamilton.

It backfired this time, as “even people who didn’t care so much about Hunter Biden’s racket nonetheless became angry and started talking about the story.” Lawmakers must now act to prevent “other such ­efforts” in the future, because although this clumsy attempt backfired, that doesn't mean it won't succeed in the future. He concluded:

Had Facebook and Twitter approached this story neutrally, as they would have a decade ago, it would probably already be old news to a degree — as [Glenn] Greenwald notes, Hunter’s pay-for-play efforts were already well known, if not in such detail — but instead the story is still hot. More importantly, their heavy handed action has brought home just how much power they wield, and how crudely they’re willing to wield it. They shouldn’t be surprised at the consequences.

It's almost comically appropriate that a liberal newspaper that just endorsed Biden would spike a column on Big Tech trying to squash a damaging news story on Biden and his international lobbyist son.