WashPost Has Sustained Freakout Over 'Violence In Our Cities' Debate Topic

Merely the announcement of topics for the first presidential debate caused great liberal angst and foot-stomping at The Washington Post. We found four articles of complaint so far. They couldn't just wait for the actual questions?

Topic for presidential debate is chastised: ‘Race and Violence in Our Cities’ is skewed toward Trump, some say.

Every conservative laughs at the way liberal outlets lamely channel their own opinions under the “Some Say” say rubric. The headline inside Style also says “Critics say.” The story repeated: 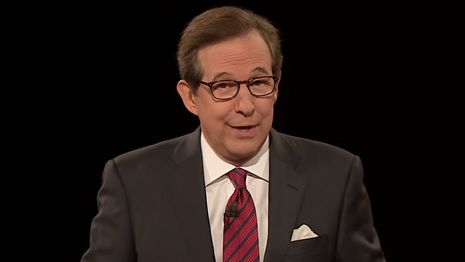 “Race and Violence in Our Cities” — the title of one of the segments announced by moderator Chris Wallace of Fox News on Tuesday — seems to echo President Trump’s contentious characterization of the protests that have swept American cities this summer and gives a false sense of the issue, critics say.

Instead of alluding to the concerns about racial justice and police brutality that inspired the protests, liberal commentators and advocacy groups complained the phrasing suggests Trump’s framing of Black Lives Matter as an inherently violent movement.

BLM and rioting? Who would dare associate those? “Violence in Our Cities” should obviously be seen as a term that includes police brutality, not just rioting. But oh, the sting that liberals feel!

“ ‘Race and violence in our cities’ as a topic is really leaning hard into the Trump narrative,” former Obama administration spokesman Tommy Vietor wrote on Twitter. The political arm of liberal Jewish group Bend the Arc called it “barely-coded language that reinforces anti-Black fear-mongering.”

What’s really emerging here is whiny leftists hating that Fox News has any presence in a presidential debate.

In Friday's Style section, Post media columnist Margaret Sullivan continued the kvetching, insisting that the Fox host should be mandated to ask about disastrous climate change. (She couldn't save it for Kristen Welker of NBC?) Sullivan turned to Naderite activist Jeff Cohen to complain, adding:

Given the growing disaster of climate change, it’s especially frustrating to Cohen and others that Wallace intends to highlight “violence in our cities,” a constant Fox News talking point. This is 2020’s successor to the network’s “caravan” obsession before the 2018 midterm elections: the meant-to-scare story line that a rush of evil immigrants was flowing illegally into the United States. Oddly enough, the topic faded quickly after the election.

She demanded the moderators "forget the politicized pandering of 'violence in our cities.' And find some time for the subject that should matter much more to young and old alike: the survival of the planet."

Formerly conservative Post columnist Jennifer Rubin lectured Wallace about what questions he should be asking in Lecture One and Lecture Two, dividing the six debate topics into two parts. In the second one, she echoed all the shaming about violence and race:

It is offensive to link race and violence, thereby perpetuating the conceit that race and violence are inextricably linked. We should concern ourselves with the stain and impact of racism, most of which has nothing to do with violent reactions to injustice.

...Setting up the issue in the way Wallace did denigrates the importance of the much larger and fundamental issue of systemic racism — an embarrassing example of White Americans’ cluelessness about race and its centrality to American life far beyond “violence.”

Liberal framing is all about shaming. You can't discuss "violent reactions to injustice," you can only address the underlying "injustice." Then the Left lectures us about intolerance and censorship.