SIX TO ONE: Washington Post 'Fact Checker' Is Attacking Republicans, Soft on Democrats 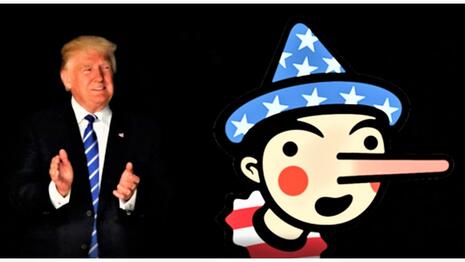 Now that the Democratic ticket has been set and the (virtual) convention is about to launch, it's a good time to evaluate how tilted The Washington Post "Fact Checker" is when it comes to not just Trump and Biden, but to all Republicans and all Democrats.
To get a sense of the overall tone, I counted up how many "Pinocchios" were awarded to politicians of both parties. Granted, the Post often spares its marionettes when a politician tries to apologize for his mistakes. But they often throw the maximum "Four Pinocchios" at the president.
Over the summer, it's been a very tilted time. In June, there were 40 Pinocchios thrown at Republicans, and just 10 for Democrats. In July, it was even worse: 39 Pinocchios for Republicans, and zero for Democrats. From June 16 through July 31, it was 62 to zero.
So far, from August 1 to 13, the tilt is 21 Pinocchios for Republicans, six for Democrats. All in all, over two and a half months, it adds up to 100 Pinocchios for Republicans, and just 16 for Democrats, a ratio of more than six to one. This count was generous, since we counted three Pinocchios for the Lincoln Project based on their Democrat financiers and the candidate they prefer, not the ersatz claims to being Republicans.
Over the summer, Joe Biden has only drawn two sets of Pinocchios (each for just two), adding up to four. By contrast, Trump (or Trump-approved ads) drew 69 Pinocchios over 18 fact checks. The Post also gave Four Pinocchios to Vice President Pence, Attorney General Barr, and Education Secretary DeVos.
Glenn Kessler & Co. have so far skipped my list of whoppers from the first Biden-Harris event, and they've also skipped the two False rulings on Biden that PolitiFact posted on July 27 and 28. 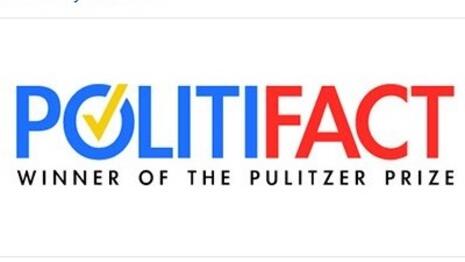