An august group of feminists – including America’s most audacious abortion advocates  – joined with former Obama senior adviser Valerie Jarrett to form a coalition called “We Have Her Back” to lobby the media for “anti-sexist” coverage of the Democratic vice-presidential selection. The establishment media received a list of Don’ts: don’t question her attractiveness, her ambition, her experience, her likeability, her electability, or her qualifications.

Kamala Harris can say Thank You. But do Democrats really need to lobby fellow Democrats?

Now we may engage in a two-minute laugh when we think about John McCain’s unveiling of Sarah Palin just before the Republican convention in 2008. The feminists of the press betrayed pretty much the whole list. 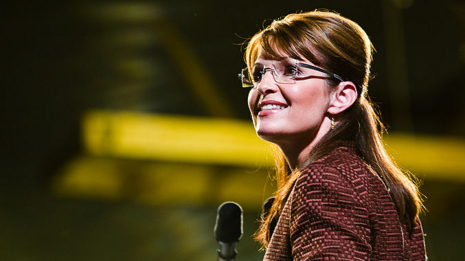 Newsweek's Eleanor Clift – who long touted the idea of electing a Madame President – spoke for thousands of American journalists. "If the media reaction is anything, it's been literally laughter in many places...In very, very many newsrooms."

Within minutes, CNN reporter John Roberts suggested Palin might turn out to be a crummy mother: "There's also this issue that on April 18th, she gave birth to a baby with Down's syndrome....Children with Down's syndrome require an awful lot of attention. The role of Vice President, it seems to me, would take up an awful lot of her time, and it raises the issue of how much time will she have to dedicate to her newborn child?"

ABC anchor Bill Weir piled on, asking one campaign aide: "Adding to the brutality of a national campaign, the Palin family also has an infant with special needs. What leads you, the Senator, and the Governor to believe that one won't affect the other in the next couple of months?"

Washington Post columnist Sally Quinn suggested mothers couldn’t handle the demands of the vice presidency. “Her first priority has to be her children. When the phone rings at three in the morning and one of her children is really sick, what choice will she make?”

After Palin wowed the Republican convention crowd with her speech, CNN analyst Jeffrey Toobin lashed out: "I thought, very smug, very sarcastic, very cutting. And you know what? The Republicans had been trying to portray her as a victim for the last couple days. Well, she’s not going to be a victim anymore. She’s going to be a target."

New York Times columnist David Carr echoed Clift in underlining the media’s sexist contempt: "Before Gov. Sarah Palin came flying in from the wilds of Alaska for the Republican convention in St. Paul, there was a lot of sniggering in media rooms and satellite trucks about her beauty queen looks and rustic hobbies, and the suggestion that she was better suited to be a calendar model for a local auto body shop than a holder of the second-highest office in the land.”

This was just in the first few days of the McCain-Palin campaign. After the feminist Katie Couric attempted to rip Palin to pieces in a CBS interview in September, CNN commentator Jack Cafferty bombastically proclaimed: “If John McCain wins, this woman will be one 72-year-old’s heartbeat away from being President of the United States. And if that doesn’t scare the hell out of you, it should.”