There were some surprises in the last 24 hours in media coverage of the very contentious House Judiciary Committee hearing on Tuesday with Attorney General William Barr. 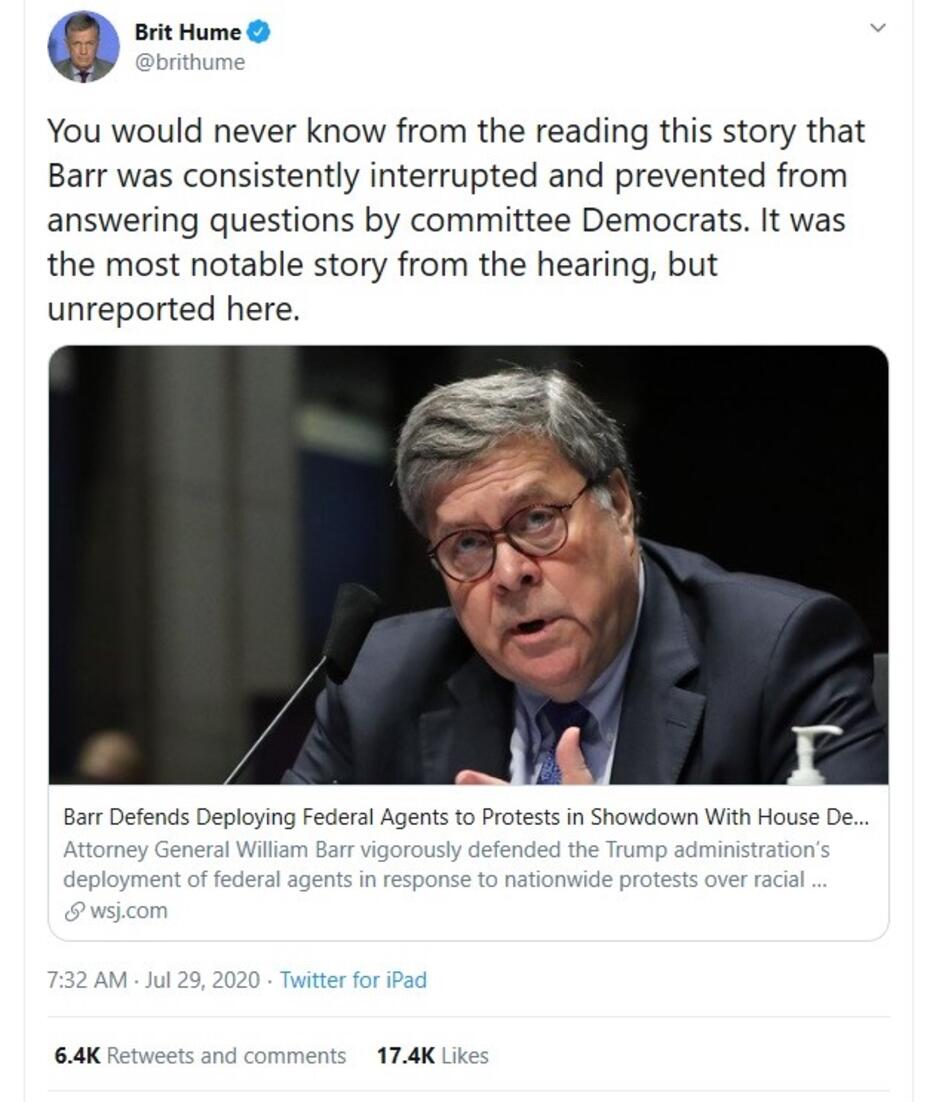 -- But both The New York Times and The Washington Post reported the Democrats failed to elicit any new information.

Right at the jump off Page One, the Times noted the hearing "grew increasingly heated as Democrats spoke over his attempts to respond to their [turn to A-15] accusation. At one point, the attorney general exclaimed, 'I'm going to answer the damned question.'" They added "lawmakers came away with few, if any, new facts or admissions." At the story's end, the Times repeated "the exchanges proved to be more heated than illuminating."

The Washington Post front-page report wasn't shy: "With the attorney general finally seated at the witness table, Democrats mostly made speeches or talked over him as he attempted to answer their questions, seemingly squandering any chance of getting new information or an admission out of him." They quoted Barr saying "This is a hearing: I thought I was the one who was supposed to be heard." 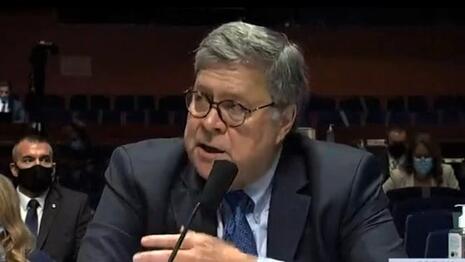 He surely upset liberals by adding "The leading cause of death for young black males is homicide. Every year approximately 7,500 black Americans are victims of homicide, the vast majority of them, around 90 percent, are killed by other blacks, mainly by gunfire."

The New York Times didn't mention the Post as his source, but reported Barr "quoted statistics that more white Americans had been killed by the police than Black Americans. Critics have called those figures misleading because they do not account for relative population differences: a Black person is more likely to be killed than a white person." CNN's Evan Perez also cried foul about the context on television Tuesday afternoon, insisting the Democrats should more forcefully "challenge" Barr.

But Barr's point is that Americans could assume from the usual media "context" that the police only shoot black people, because police shooting of white Americans is very rarely a national news story.

-- NPR strangely implied both on All Things Considered and on Morning Edition that there were no actual House Republicans at the hearing. The taxpayer-subsidized anchors and Justice Department correspondent Carrie Johnson could only discuss the battles between House Democrats and Barr, and the minority was never mentioned.