Column: Could Chuck Todd Be Any Lazier? 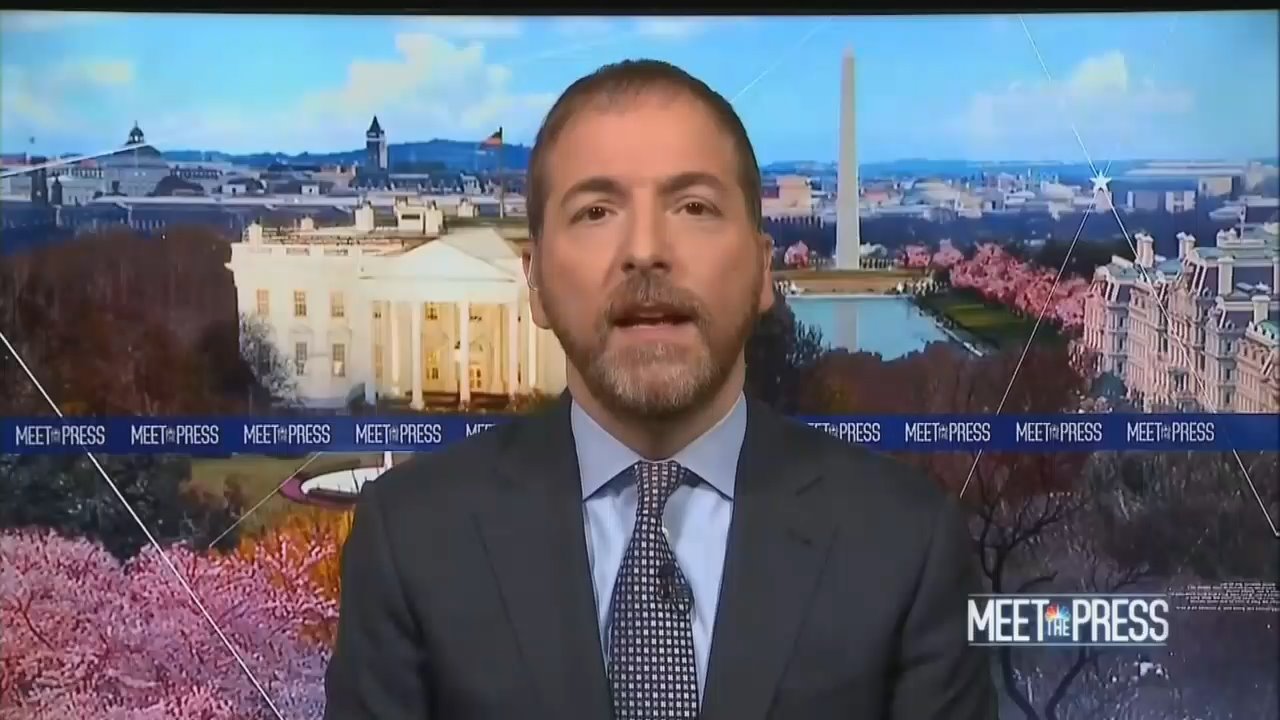 The late Tim Russert had a reputation of meticulous preparation for his Sunday turns on Meet the Press. Guests from both parties feared what Russert would dig up and bring to the table. It was Russert who hired Chuck Todd from The Hotline newsletter in 2007 to be an NBC political reporter. But Todd doesn’t seem to be channeling the spirit of Russert in his own preparation.

On Sunday, Todd mangled a short clip from a CBS interview with Attorney General William Barr. Reporter Catherine Herridge asked Barr what “History” would say about his department’s decision to drop charges against Michael Flynn. Barr quipped that “history is written by the winner, so it largely depends on who’s writing the history.”

Todd only ran that fraction and proclaimed to columnist Peggy Noonan: “I was struck, Peggy, by the cynicism of the answer. It’s a correct answer, but he’s the attorney general. He didn’t make the case that he was upholding the rule of law. He was almost admitting that, yeah, this is a political job."

He recklessly ignored the rest of Barr’s non-cynical answer to CBS, where, in fact, he did make that case: “But I think a fair history would say that it was a good decision because it upheld the rule of law. It upheld the standards of the Department of Justice, and it undid what was an injustice.”

Conservatives on Twitter, like Greg Price of the Daily Caller, quickly cried foul. Justice Department spokeswoman Kerri Kupec tweeted a protest. This was such an obvious error that even the liberal site PolitiFact, which rarely types a discouraging word against the “mainstream media,” tagged it as “False.”

On Sunday evening, the Meet the Press Twitter account confessed in a reply to Kupec: "Earlier today, we inadvertently and inaccurately cut short a video clip of an interview with AG Barr before offering commentary and analysis." They also placed this note at the bottom of the online transcript.

As Steve Krakauer pointed out, this admission was surely missed by most of the Meet the Press account’s 630,000-plus followers, because a reply is only seen by mutual followers of their account and Kupec's. Chuck Todd offered no apology on his Twitter account. None of that can be described as “inadvertent.”

Did Todd fail to watch the full CBS interview with Barr? Could he at least try to finish watching Barr’s entire answer to the “history” question? The full transcript was posted at CBSNews.com.  He’s reached a pinnacle of NBC News, and he can’t find the time to do any research?

Since he doesn't work Mondays on MSNBC's MTP Daily, Todd issued an on-air apology on Tuesday, more than 48 hours later. He proclaimed they didn't slice the interview into pieces. "We did not edit that out. That was not our edit. We didn't include it because we only saw the shorter of two clips that CBS did air. We should have looked at both, and checked for a full transcript."

This sounds like blaming CBS. That would be wrong.

The full Barr clip on "history" did air on the May 8 CBS This Morning. The half-clip on "history" aired on the May 7 Evening News. But seconds before, CBS ran another soundbite of Barr saying "I want to make sure that we restore confidence in the system. There's only one standard of justice." When Herridge asked if he was doing the president's bidding, Barr protested "I'm doing the law's bidding."

So it's ridiculous for Todd to blame NBC's laziness and false impressions on CBS. Tim Russert should be rolling in his grave.