They handed out the latest Pulitzer Prizes on Monday, and once again, the liberal tilt was all over the selections, and the ceremony itself. Dana Canedy, the administrator of the prizes, is a former New York Times reporter, and she began by uncorking an echo of the Times advertisements, that the "truth is more important now than ever," because, Trump:


DANA CANEDY: It goes without saying that today we announce the Pulitzer winners in deeply trying times. Ironically, the first time the prizes were presented was June 1917, less than a year before the 1918 outbreak of the Spanish flu pandemic. Throughout America’s greatest challenges, two World Wars, the Depression, the Vietnam War, the assassinations of Reverend Martin Luther King Jr. and President John F. Kennedy as well as 9/11, the Pulitzer Prizes have continued to celebrate excellence in journalism and arts and letters because in difficult times, the Pulitzers may be more important than ever.

Canedy even compared journalists to first responders and medical personnel. 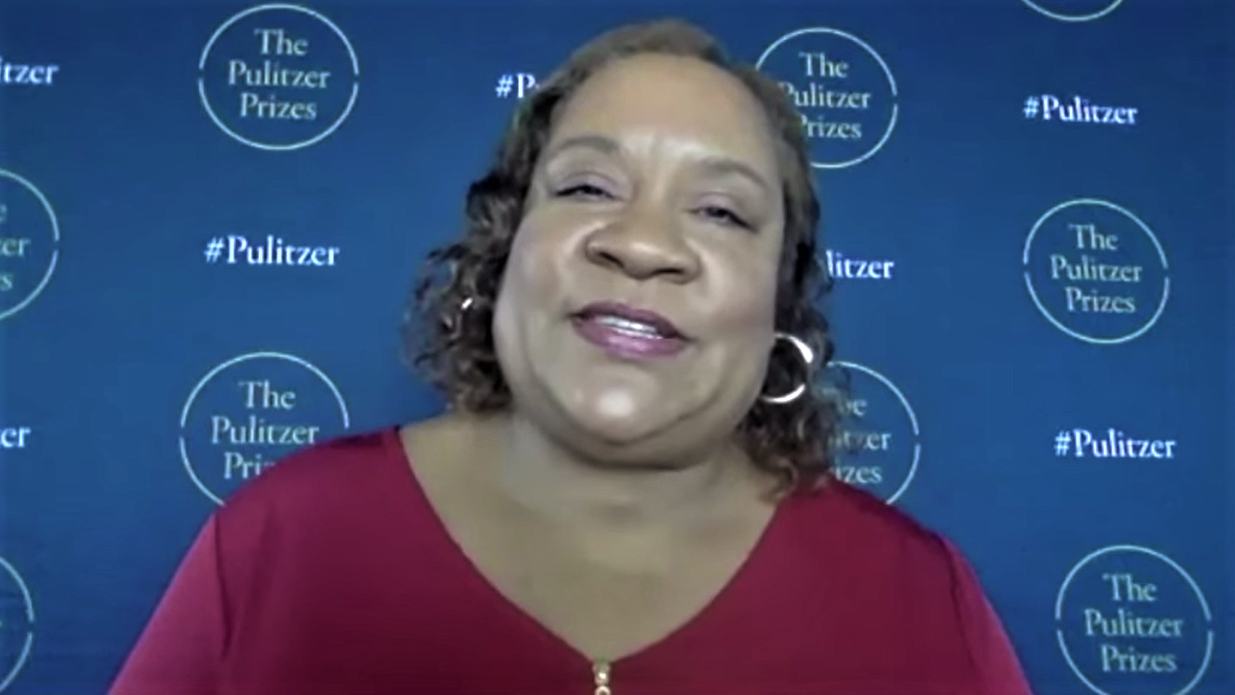 During this season of unprecedented uncertainty, one thing we know for sure is that journalism never stops. And much like our courageous first responders and frontline healthcare workers, journalists are running toward the fire.

Despite relentless assaults on objective truth, coordinated efforts to undermine our nation’s free press, and persistent economic headwinds, journalists continue to pursue and deliver essential facts and truths to keep us safe and to protect our democracy. They are risking, and far too often losing their lives at a time when their words, their images, and their revelations are more necessary to our democracy than ever.

While many awards had a liberal tinge, two were obviously awarded for resisting Trump. In the newly created Audio Reporting category, NPR's This American Life won for an episode called “The Out Crowd” — which "illuminated the personal impact" of the Trump Administration’s policy to make immigrants “Remain in Mexico” until they can be admitted.

In the Editorial Cartooning category, the winner was Barry Blitt of The New Yorker, “for work that skewers the personalities and policies emanating from the Trump White House with deceptively sweet watercolor style and seemingly gentle caricatures.”

Over the previous three years, four Pulitzer Prizes for reporting were handed out for exposing Donald Trump's apparently shady deeds, from alleged Russian collusion to tax evasion. In the previous eight years, there's not a single reporting prize handed out for exposing anything about Barack Obama or his team. Democracy was never in darkness back then.

In fact, Philip Kennicott of The Washington Post won a prize for Criticism with a packet of clips that included a 2012 ode to a photo of Barack and Michelle Obama hugging sent out after he won re-election, which "appealed to the almost cultlike sense of affection many Americans feel for the couple."

But the most controversial 2020 prize went in Commentary to Nikole Hannah-Jones of The New York Times for the widely criticized fake-history "1619 Project." Just a few weeks ago, on March 11, the Times felt pressed to publish an “update,” a “clarification” on its central idea that slavery was “one primary reason the colonists fought the American Revolution.” It turned out their point was not true. How this wins a journalism prize is anyone's guess.