On Friday at The Atlantic, staff writer Emma Green suggested Joe Biden needed the media to “exonerate” him of Tara Reade’s charges. Biden can’t do it without looking like a hypocrite on “believe all women.”

Biden cannot go on the attack against Reade without seeming like a hypocrite. He needs the media—especially an outlet with the kind of credibility and authority that the Times has—to do the work of exonerating him if he’s going to have any hope of leaving these allegations behind.

This is what liberals think the “credibility and authority” of a liberal newspaper is for – saving the bacon of liberals, while they savage the Brett Kavanaughs. This is why they don’t have the credibility they think they do.

But the Times is trying a different tactic. Its Editorial Board strangely suggested it can’t be left to the media. What? They proposed having the Democratic National Committee investigate: 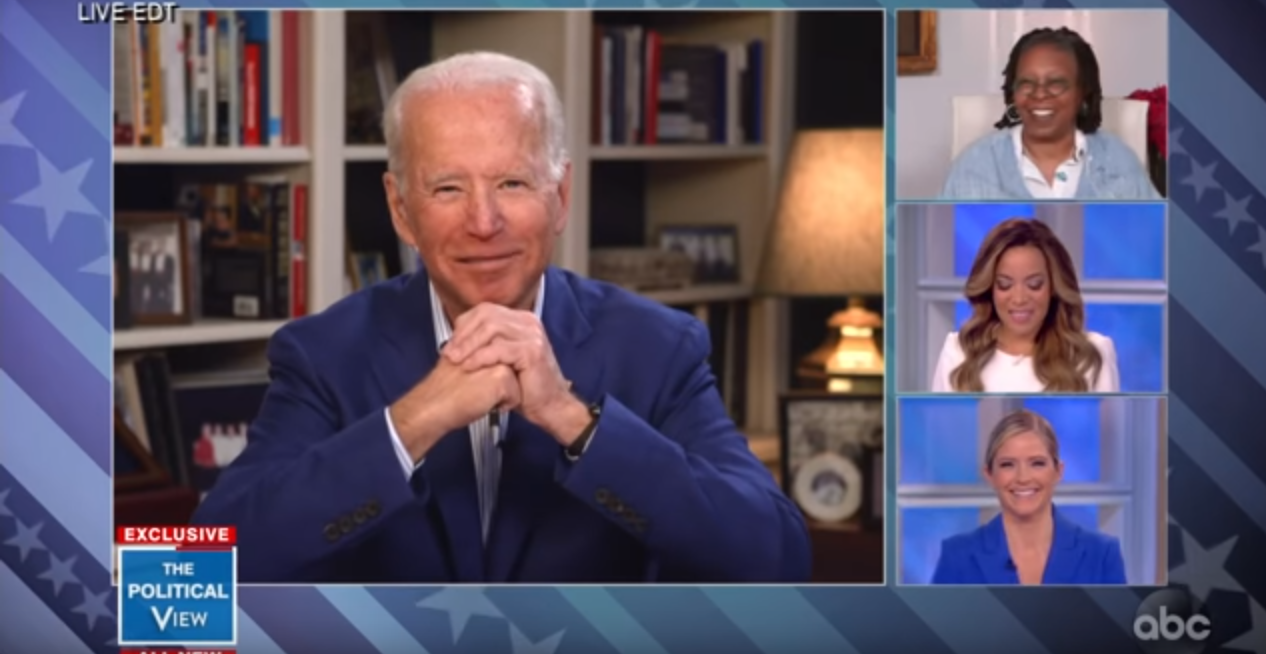 As is so often the case in such situations, it is all but impossible to be certain of the truth. But the stakes are too high to let the matter fester — or leave it to be investigated by and adjudicated in the media. Mr. Biden is seeking the nation’s highest office.

In 2018, this board advocated strongly for a vigorous inquiry into accusations of sexual misconduct raised against Brett Kavanaugh when he was nominated to a seat on the Supreme Court. Mr. Biden’s pursuit of the presidency requires no less. His campaign, and his party, have a duty to assure the public that the accusations are being taken seriously. The Democratic National Committee should move to investigate the matter swiftly and thoroughly, with the full cooperation of the Biden campaign.

They proposed that the DNC investigate Biden's papers at the University of Delaware, strictly limited to information about Tara Reade, "conducted by an unbiased, apolitical panel, put together by the D.N.C. and chosen to foster as much trust in its findings as possible."

How would anyone think that a DNC verdict on this matter would be enough for voters who aren't straight-ticket Democrats? Every mentally capable adult should know that the Times would never, ever have editorialized in 2016 that the late-breaking accusations of sexual harassment against Donald Trump could be credibly investigated by the Republican National Committee.

DNC communications director Xochitl Hinojosa shot this whole idea down, calling it an “absurd suggestion on its face” and arguing Biden was already fully vetted by the Obama campaign in 2008. 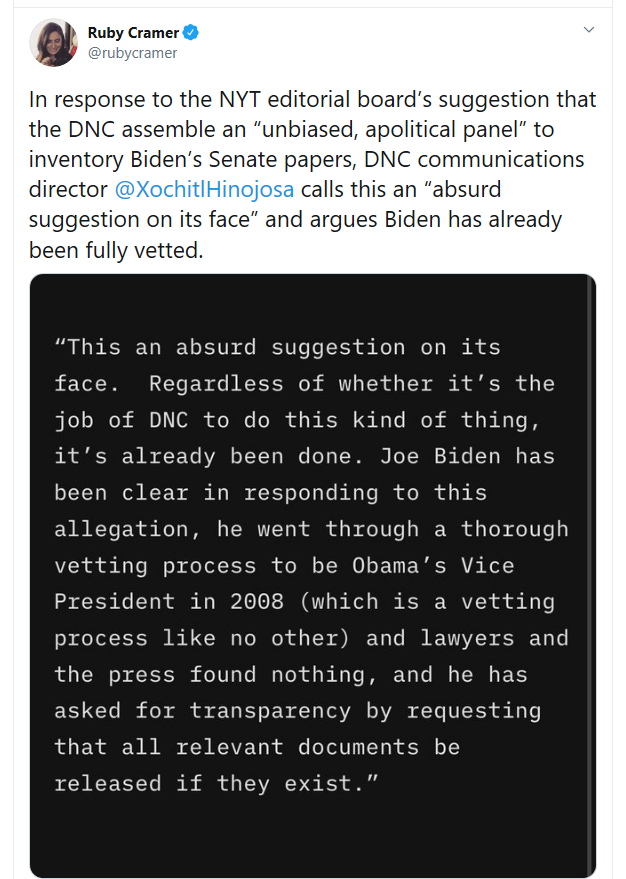 We would have to agree that the idea that any political party can be seen as unbiased on a matter this potentially politically damaging is absurd. But then, the idea that The New York Times at this point can be seen as unbiased is also absurd on its face. The Editorial Board there probably feels relief it endorsed two women for president -- well, so far -- and not Biden.