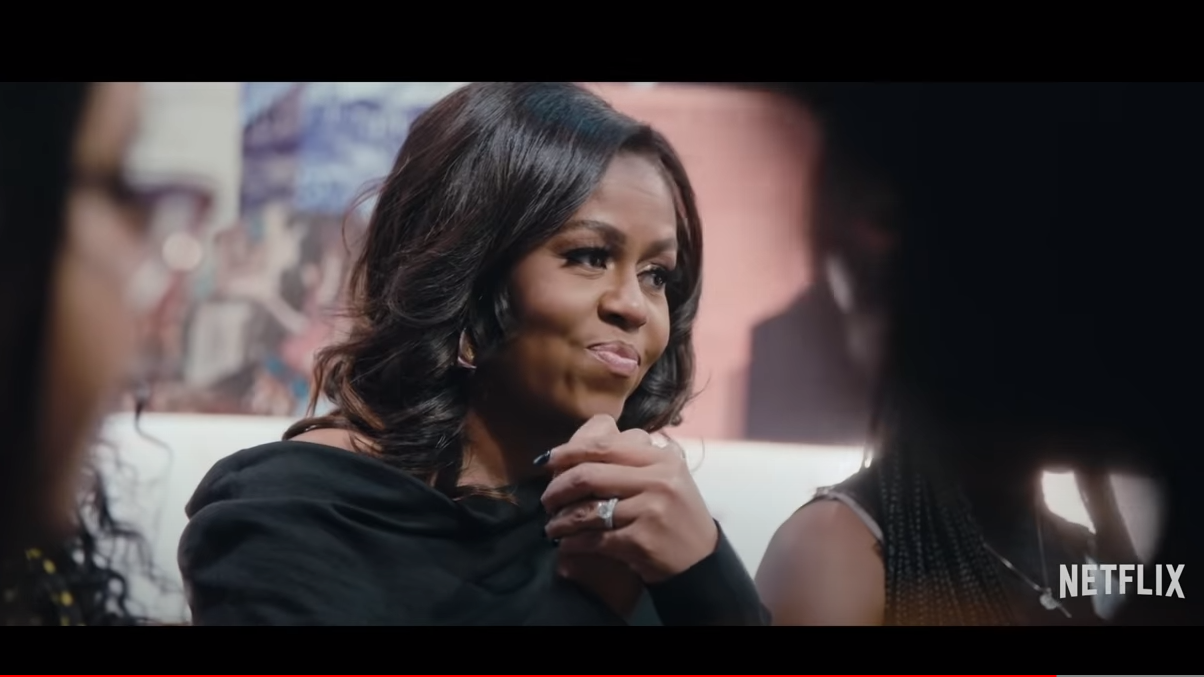 The Hollywood Reporter recently broke a scoop about the latest Netflix documentary from the Obamas, designed to offer us an oasis of joy as we suffer through the coronavirus pandemic. It’s called Becoming, and it will be made available worldwide on May 6. As the title suggests, it promotes Michelle Obama’s memoir of the same name, which has sold more than 10 million copies.

So let’s get this straight. The Obamas were awarded a book deal worth an estimated $65 million for their memoirs, hers and then his. They also struck an estimated $50 million production deal with Netflix. (We don’t have actual numbers. Could someone in the media ask for a tax return?)

Now, with this self-aggrandizing documentary, the second deal is being used to accentuate the profits for the first. The buck-raking here is intense. Donald Trump surely admires their self-promotional moxie.

The Obamas quickly became super-rich. Vanity Fair celebrated these "Obamoguls" even as Mrs. Obama was hailed for her “saintly popularity.” This so-called saint doesn’t spurn the finer things. Last August, TMZ reported the Obamas were buying a $15 million mansion on the coast of Martha's Vineyard to match their $8 million D.C. mansion. Non-Fox network coverage? Zero. In December, they actually bought said mansion for $11.75 million. Non-Fox network coverage? Again, zero. There’s no denting haloes by asking how much they’re giving to charity.

The documentary celebrates Mrs. Obama’s stadium tour of Becoming book events charging $300 a ticket or more to Obama superfans, often with celebrities like Oprah Winfrey along for the ride.

Media outlets repeated Michelle’s self-puffery without rebuttal. “Those months I spent traveling — meeting and connecting with people in cities across the globe — drove home the idea that what we have in common is deep and real and can’t be messed with.”

Mrs. Obama augmented her new status as a self-help guru with a workbook of sorts -- Becoming: A Journal for Discovering Your Voice, complete with “an intimate and inspiring introduction by the former First Lady and more than 150 inspiring questions and quotes to help you discover-and rediscover-your story.”

Not everyone famous is praised for self-help books for women. The current president’s daughter Ivanka Trump wrote one in 2017, and the New York Times was brutal: “It reads more like the scrambled Tumblr feed of a demented 12-year-old who just checked out a copy of Bartlett’s Familiar Quotations from the library.”

There are never any Republican critics of Michelle Obama in the “news” these days. Sonia Rao’s Washington Post story on the documentary quoted Anita McBride, chief of staff to previous First Lady Laura Bush, who said Michelle was a “reluctant” First Lady, but then formed lasting public connections through her “extraordinary use of media and pop culture and television.”

Is that Michelle’s gift to the media? No, it’s the media’s gift to Michelle. The infatuated titans of “news” and entertainment media appear to have granted her every “extraordinary” wish in building this “billion dollar brand.”

The cheers are always presumed to be unanimous. Dissent from this party line is ignored. And no one asks about the profits. Greed, for the Obamas, is cast as just another inspiring voyage of self-discovery.